Over the past five years, Austin City Limits has undergone a true transformation that has slowly morphed the festival into something miles away from its beginnings as a showcase of folk rock and alt-country. ACL was late to the game as well. As recently as 2013, the festival’s headliners were classic alt-rock bands like Depeche Mode and The Cure, current alt-rock favorites like Muse and Kings of Leon, and a legacy headliner in Lionel Richie. Fast-forwarding three years later, the oldest headliner is Radiohead, a band that helped pioneer the blend of electronic music with alt rock. Relatively current acts like Mumford & Sons and LCD Soundsystem were also headliners, offset by EDM heavyweights Major Lazer and Kygo. A younger lineup resulted in a younger crowd, and for a festival that frequently felt out of touch compared to other major ones, like Coachella or Lollapalooza, it was refreshing to see ACL overwhelmingly embrace current festival trends. 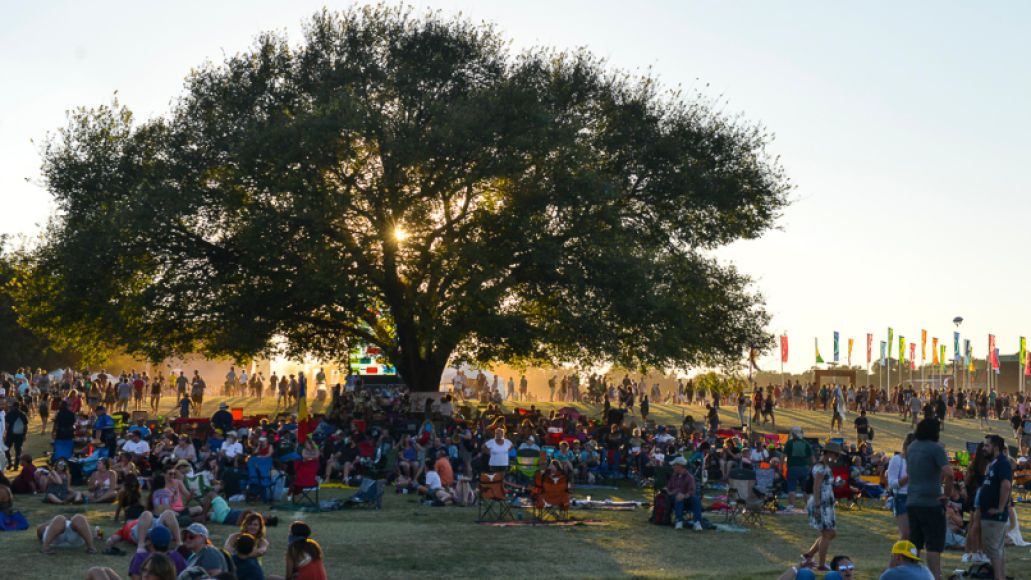 This year’s ACL Weekend One ran smoothly, with good weather, no cancellations of note, and solid performances all around. Zilker Park in September is always overbearingly warm, so having the festival in the low 80s with no rain made for a surprisingly beautiful weekend. With a trio of A-list headliners in Radiohead, LCD, and Kendrick Lamar, the weekend stood as one of the best lineups of the past half-decade.

ACL featured its fair share of EDM artists each weekend, but the acts were otherwise spread out almost by genre. Most of the hip-hop artists (Kendrick, ScHoolboy Q, LL Cool J, DJ Mustard, and Kamaiyah) played Saturday while the majority of the folk and country acts (Mumford, Chris Stapleton, Kacey Musgraves, Margo Price, and Nathaniel Rateliff) played Sunday. At times, it felt like multiple festivals consolidated into one, where people could exist in their own separate worlds or come and go between them if they wanted to. 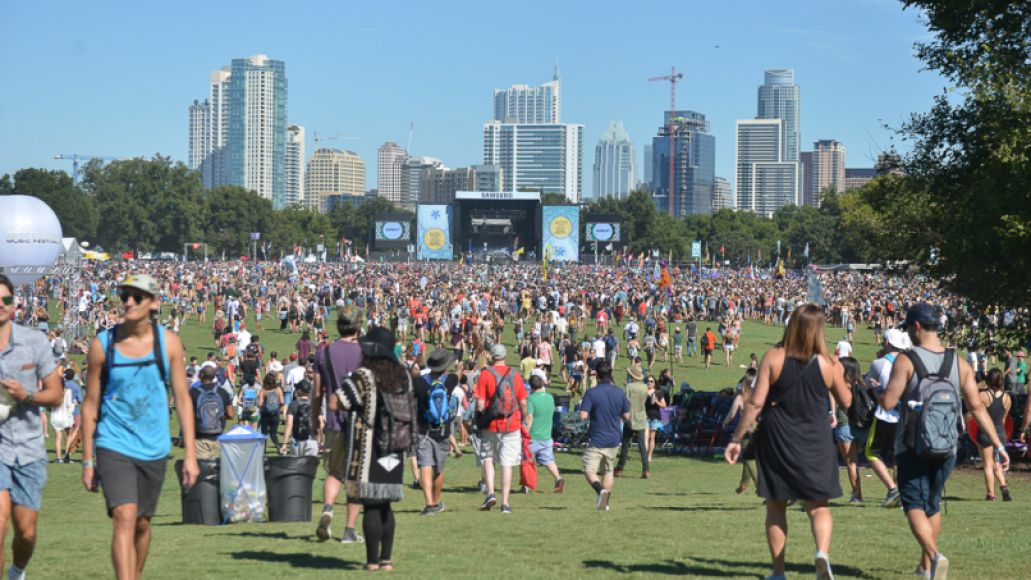 Fifteen years in, ACL operates like a well-oiled machine. And while it may not have a reputation for booking cutting-edge acts, this year’s installment proved that ACL is more than capable of putting together a lineup of talented, relevant artists who create a strong draw. ACL brought out the big guns for their 15th year, showing how far they’ve come since their folksy beginnings. The result was one of the festival’s best years yet. 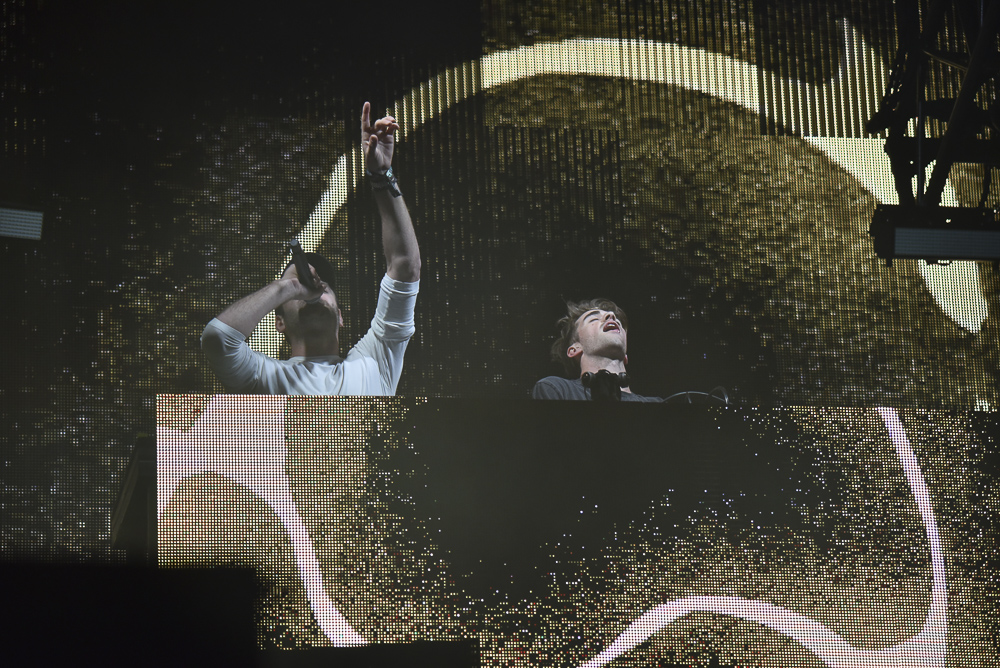 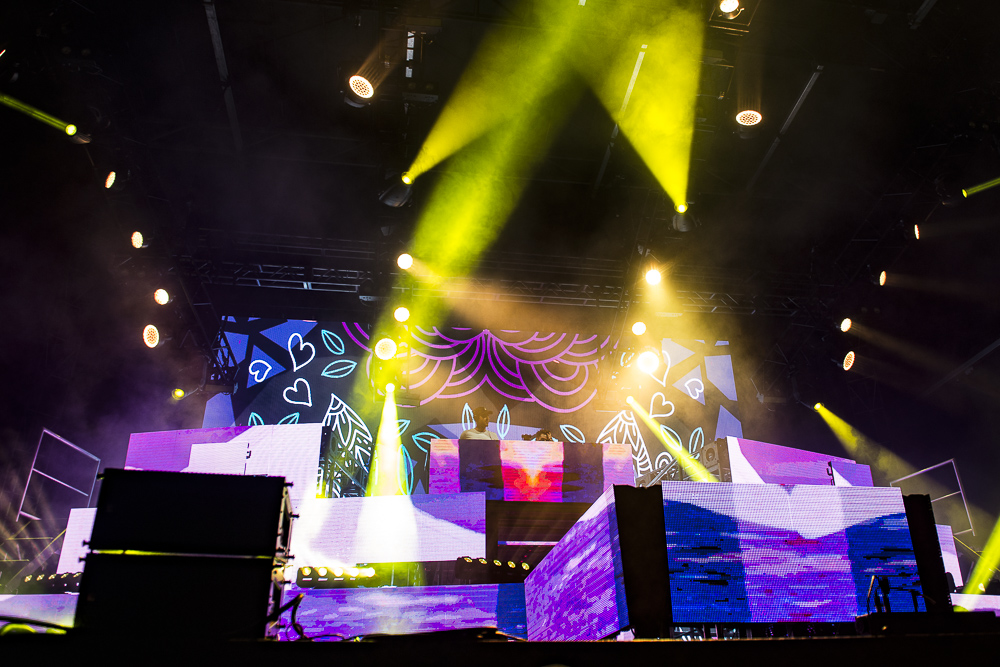 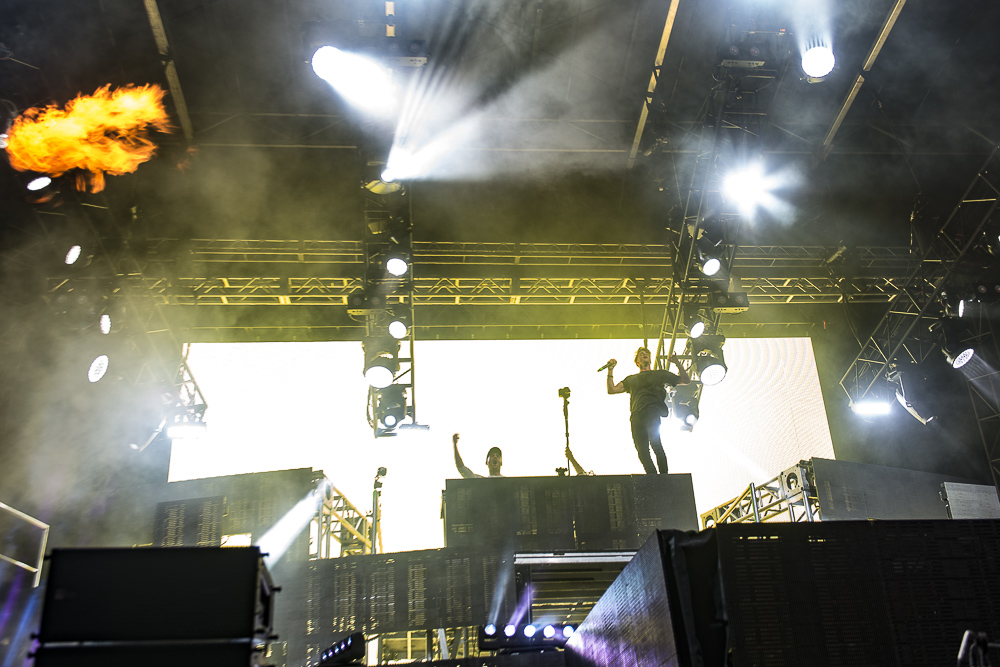 Like many national festivals, Austin City Limits is still undergoing that weird transition phase to include more EDM artists for the young college clientele while still appealing to its roots rock and baby boomer fans. The Chainsmokers fit the bombast bill to a T as the duo of Andrew Taggart and Alex Pall pulled all the tricks with pyrotechnics, strobe-lights, and amped, cheesy proclamations. FM-dialed songs like “Never Let Me Go” and “Closer” were filled with intermittent clips of popular songs like KISS’ “Rock and Roll All Nite” and Third Eye Blind’s “Semi-Charmed Life”. Bringing in an assortment of guest vocalists could have helped breathe new life into hollow and flat songs, but one thing is certain: Festivals, including ACL, are lending themselves to these over-the-top extravaganzas more and more each year. –Alejandra Ramirez
__________________________________________________________ 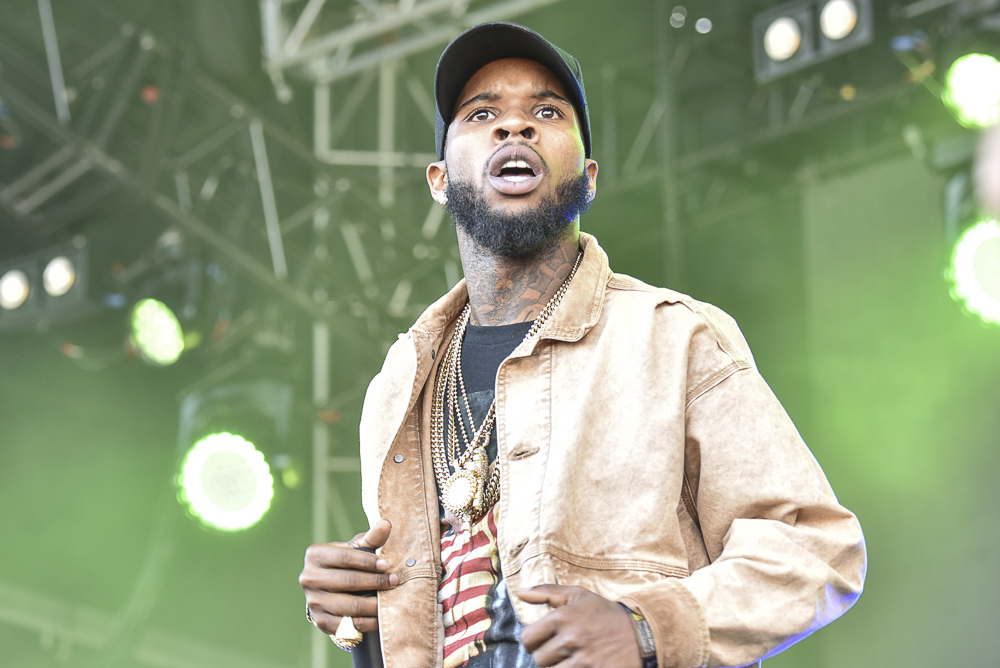 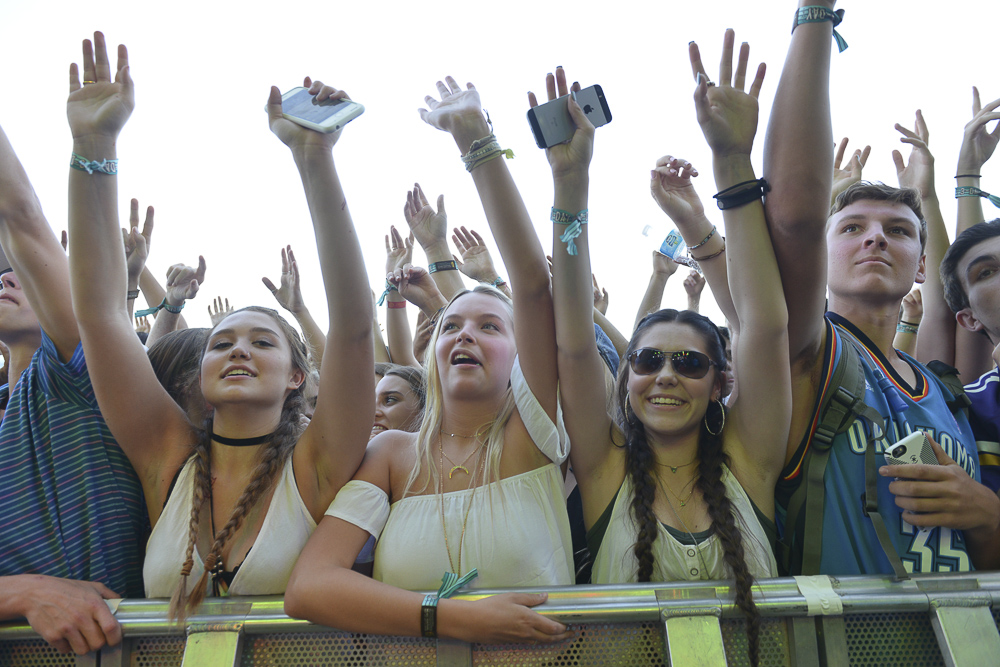 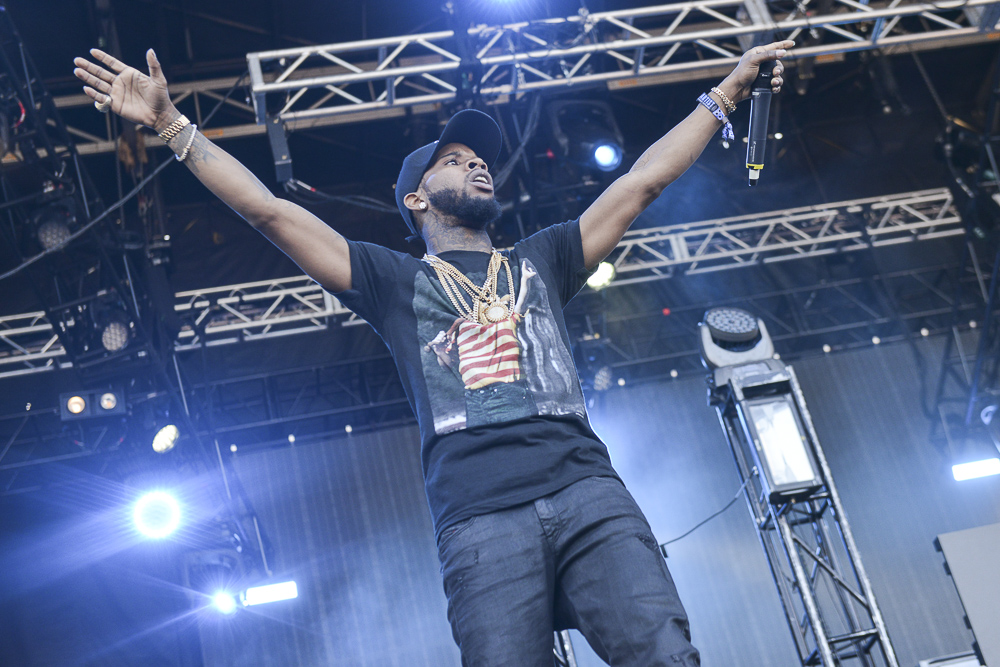 There’s no stipulation that an artist has to sing every part of their songs during a set. One of last year’s most invigorating ACL sets was by Future, who played a minute or two of over 30 tracks to an engaged crowd who shouted the words back at him. The problem with Tory Lanez is that he doesn’t have anywhere near that amount of hits, so when he jumps up on stage while the DJ plays a track of his that maybe a handful in the moderate crowd knows, it rings hollow. He did his best to hype things up, frequently jumping in the audience and trying out call-and-response tactics, but for the most part things were fairly tame. Even if his debut album was a bloated mess, he has good songs that should transfer well to a festival audience, but it appeared he overestimated the amount of fans in the crowd who had actually heard his songs before. –David Sackllah
__________________________________________________________ 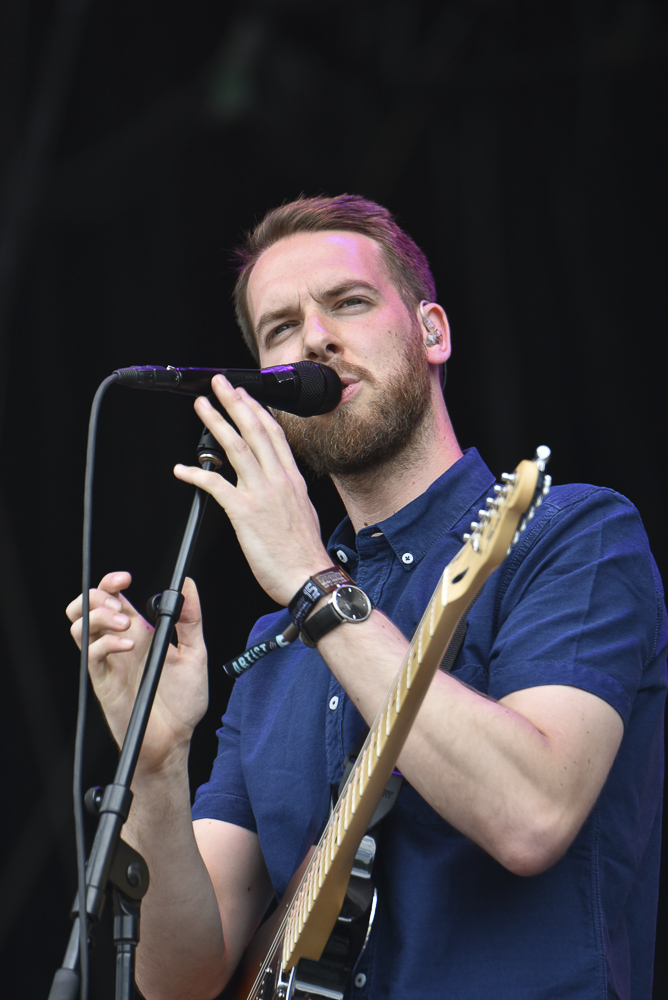 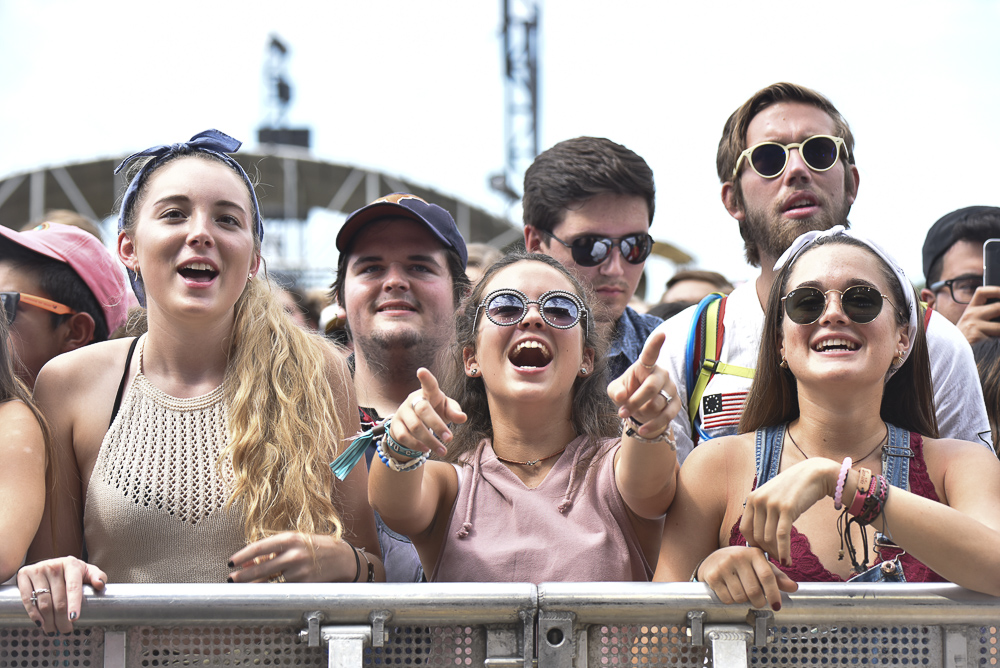 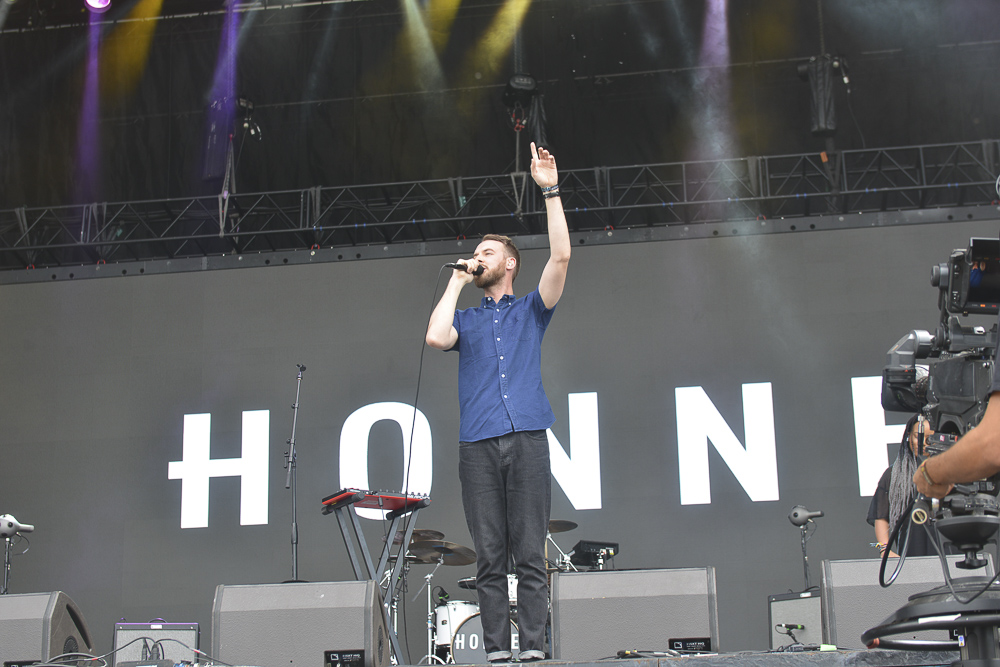 Listening to a bit of Honne’s hybrid of electronica and R&B, it’s apparent that there are influences of modern electro-R&B stars like James Blake and Sampha. However, for all their efforts, Honne fall well short of their influences, playing the kind of placid R&B crooning that approximates a watered-down Sam Smith at points. They veer dangerously close to adult contemporary at other times, recalling Maroon 5 or The Fray. It’s challenging to leave a lasting impression at one in the afternoon, but the band did little to establish a clear identity. They played fine, like talented musicians and competent performers, but were interchangeable with a number of their contemporaries. –David Sackllah
__________________________________________________________

Nathaniel Rateliff and the Night Sweats 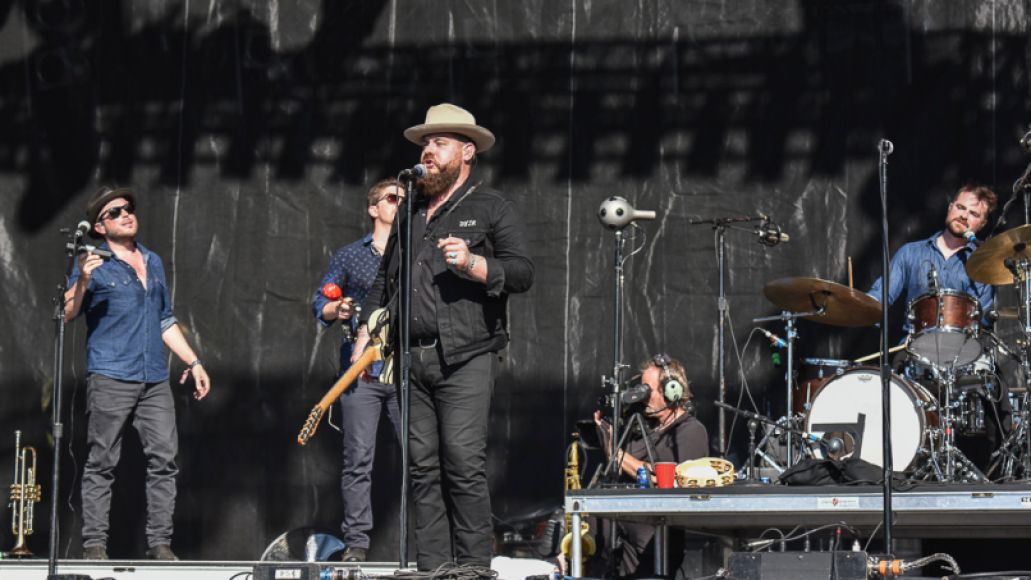 If you’re wondering why Austin City Limits is such a long-standing fest, look no further than Nathaniel Rateliff and the Night Sweats. The band is brandished with an amalgam of rustic rock, soul, and blues that appeals to the old-school ACL attendee. The blue-eyed soul belter could easily be compared to anyone from Van Morrison to the larger-than-life Joe Cocker during songs like rollicking brawl “I Need Never Get Old” and the smooth, psychedelic charmer “Shake”. As expected, crowd-pleaser and breakneck carouser staple “S.O.B” turned into a karaoke call-and-response session. No question, their set was good, but given that the band has already been to Austin twice in the past year, it would have been a nice surprise to get another soul artist on the bill. –Alejandra Ramirez
__________________________________________________________

Best (and Only) Brazilian Pop Star 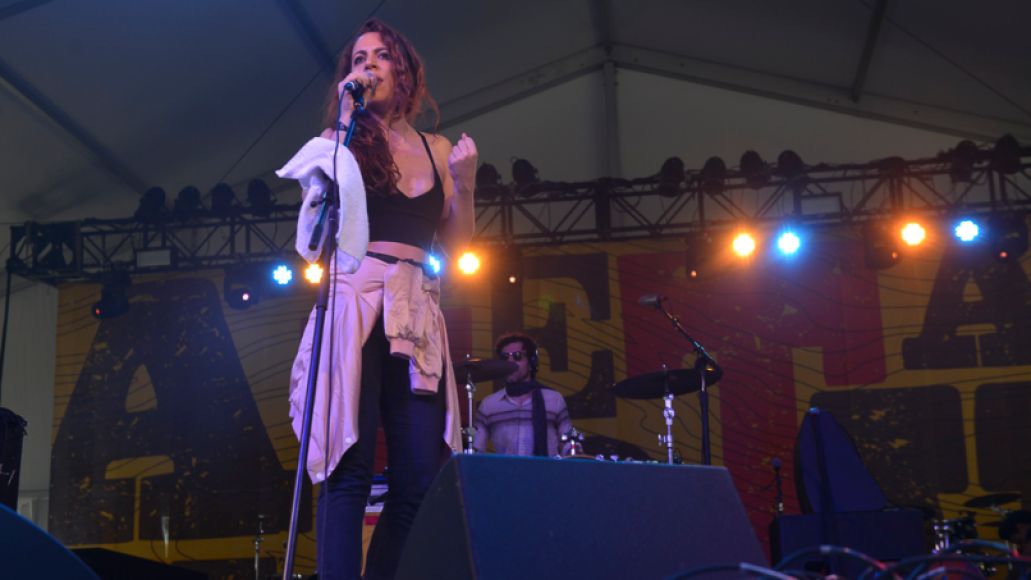 There was maybe 100 people in the Tito’s tent for the samba/pop hybrid of Brazilian artist Luísa Maita, but those who did were definitely fans who made the journey specifically to see her play. A star in Brazil who sang at the Olympics’ opening ceremony and has won awards from the Brazilian equivalent of the Grammys, she is a recognizable star there who has yet to crossover to an American audience. For those who did venture to her set, she put on a solid showcase of her dance-pop, upbeat and grooving, enough to make those unaware of her before likely to do some research and see what they are missing out on. –David Sackllah
__________________________________________________________