It could have been so much worse. A few weeks ago, Beach Goth announced that it was changing its planned location from Irvine’s Oak Canyon Ranch to The Observatory, where it had hosted its previous four installments. This was met with some disappointment — grass is always greener in action as fans were sure that the location they were less familiar with had to better.

Well, it’s not. Oak Canyon Ranch only has one way in or out of the grounds, a single lane highway that stretches miles from the nearest freeway. This summer, the spot hosted a rap festival called Day N Night, and the street got so congested that people were stuck in the parking lot until nearly sunrise the next day. And that was only a two-stage festival. Who knows how the location could have accommodated Beach Goth’s four stages or whether the dirt fields of Oak Canyon would have reacted kindly to Sunday’s rainy weather. 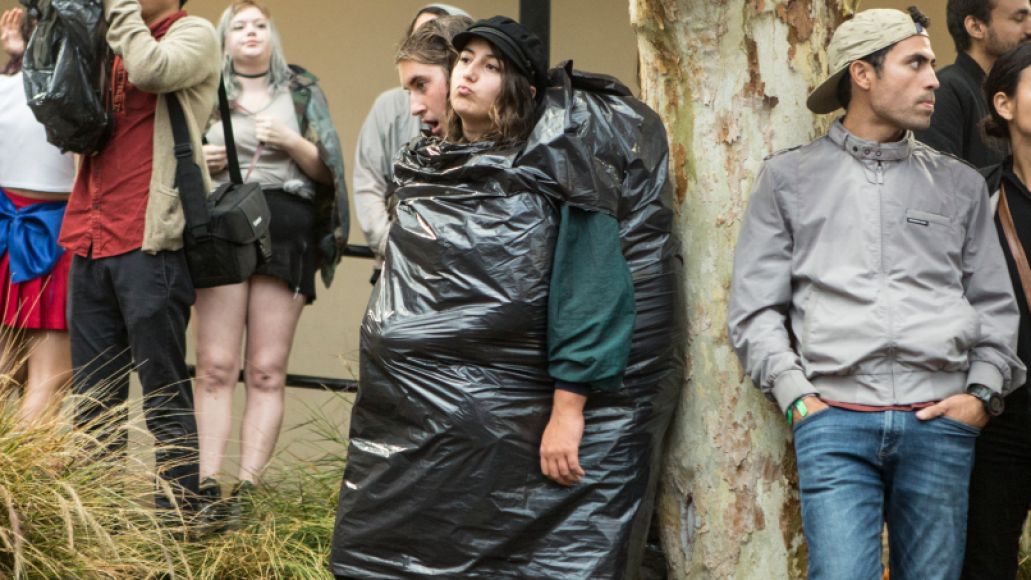 As it was, though, Beach Goth could easily be written off as a shit show. Many things went wrong. Many. Saturday’s biggest issue was overcrowding, with two outdoor stages and two indoor stages all generally packed, with no room to allow for traffic to flow between them. Worst was the Outdoor Rx Stage, which was fenced in on both sides, creating a narrow standing space that remained overcrowded for the entirety of the day. Music festivals need room for people to spread out, and when that simply isn’t present, you start getting the steady stream of folks passing out and being pulled out by security like we saw on that day.

Then on Sunday, it rained. Now, this would have been fine if Beach Goth was in any other part of the country, but in Southern California, we just can’t deal with the rain. When it starts sprinkling, folks just start driving into each other or refuse to leave their home. So, rain at a Southern California music festival was exactly the kind of disaster you’d expect. The outdoor stages were hardly equipped to deal with moisture, with Outdoor Rx Stage getting shut down due to flooding midway through Sunday. They tried to move some sets around (Grimes canceled her appearance due to rain damage on her equipment), but there wasn’t a streamlined way for that information to be disseminated. Apparently, Nicolas Jaar moved his performance to one of the indoor stages and downgraded it to a DJ set, but unless you were checking Jaar’s own Twitter, it was hard to know that. 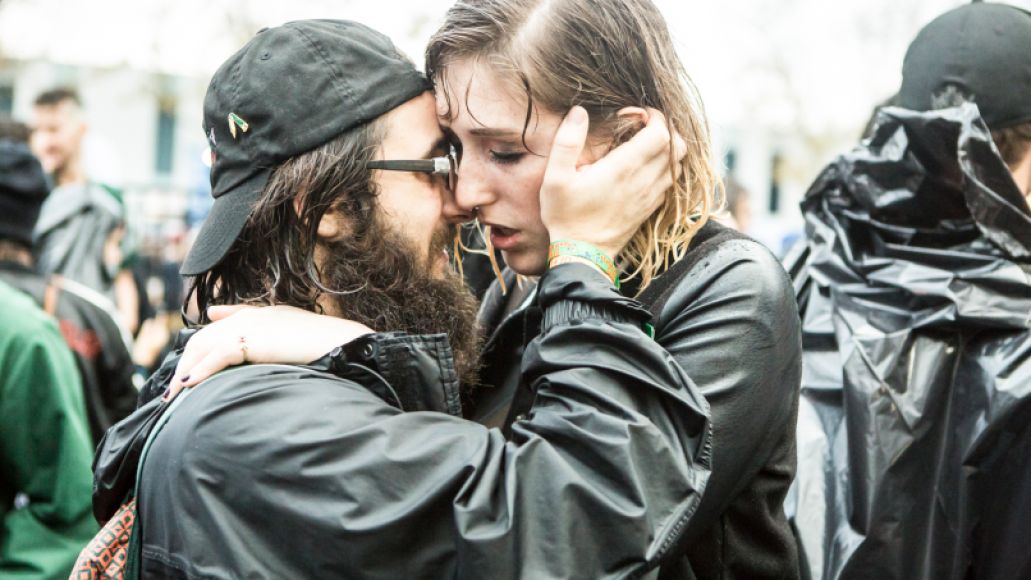 With the schedule already gone to shit by Sunday evening, The Growlers delayed their set by 45 minutes on the largest BGV Dome Stage so that they could replace a soundboard that was also rain damaged. The band that performed on both nights and organize the whole festival wore the pressure of the situation on their faces as they looked down at a sea of garbage bag-wearing, soggy-haired teens. It was to the point that they didn’t even really soundcheck their instruments besides their drums, just diving in with the hopes that maybe, against all odds, their fans would be leaving Beach Goth with smiles on their faces.

But here’s the thing. Yes, if you read the Twitter complaints or talk to the more seasoned festival attendees, you will undoubtably hear complaints. And they are valid. 100%. But rain and crowding and all the inconveniences that bothered adults hardly phased the largely teenage audience. This isn’t Coachella or even FYF where there are certain expectations elevated by tradition and ticket prices and the quality of the talent. Because Beach Goth booked such a great lineup, it attracted some folks that the festival just wasn’t designed for. This isn’t a big-business, destination fest. This is a house party with legends playing on stages. And the guests at this party seemed to have the times of their lives. 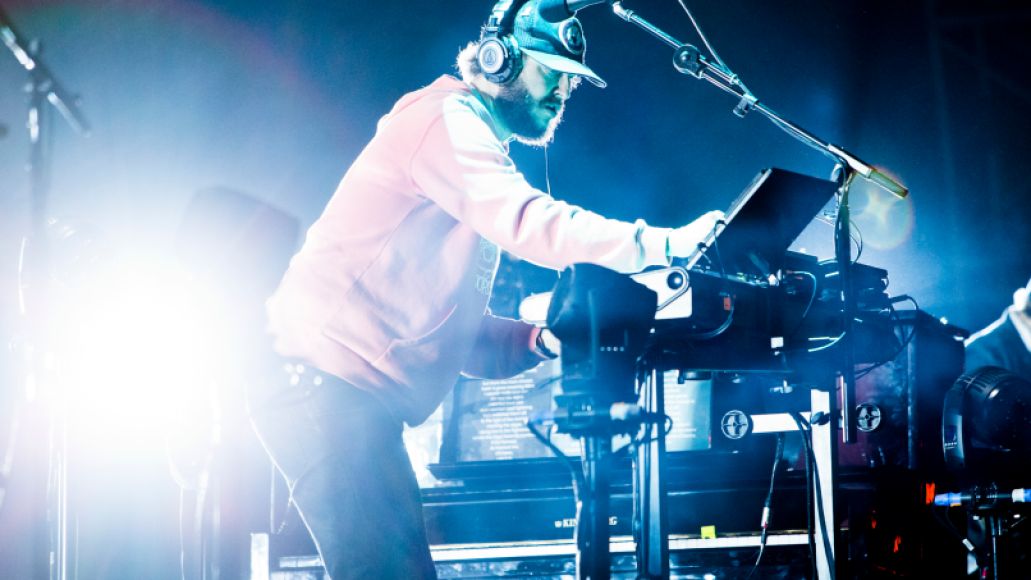 Coachella, over time, steered its allegiances away from the heady music scene of LA (with a nod towards Paul Tollett’s punk and hardcore past) to become the world’s ultimate destination festival. With tickets and accommodations likely to run someone more than a thousand dollars to attend these days, it has long relegated its audience to a very select group of people who can afford those prices. FYF Fest rose up as Los Angeles’ alternative, but gradually tickets increased from $20 to the hundreds, with the booking growing more mature to match the organizer’s evolving taste. It’s now a festival aimed at LA’s hip twentysomethings, and its lineup mirrors that fact. Like it or not, Orange County events like Beach Goth or the similar Burgerama are now the blueprint for Southern California’s budget-friendly festivals that an average high schooler can attend. And the kids’ criteria for having a good time isn’t the same as what FYF and Coachella attendees is.

There was something heartening about watching big dudes carry girls over pooling water on Sunday or the dance party that formed during Future Islands when the rain finally decided that it would cease. When it first started coming down, Devendra Banhart of all people took on the role as wise elder, instructing the people that though they can’t make each other dryer, they can at least make each other warmer. He then opened his set with this year’s “Middle Names”, with its refrain “feel the rain fall” coming across like scripture. 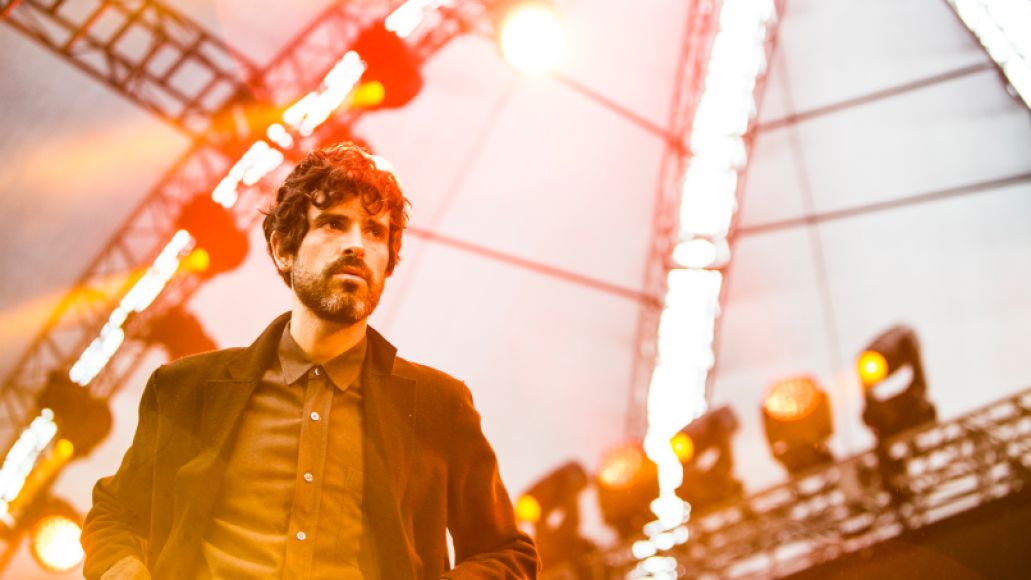 It was also remarkable to see the diversity in the young audience’s omnivorous taste. With host city Santa Ana featuring a population of more than 75% from Latino descent, Banhart and Colombian-American pop singer Kali Uchis received a couple of the biggest turnouts of the festival. It’s hard to think of another festival in America right now where Banhart could play the biggest stage and inspire mass sing-alongs. As for Uchis, the rising star was greeted with the kind of fanfare usually reserved for headliners, with young women on the rail nearly in tears for being up so close to the artist. 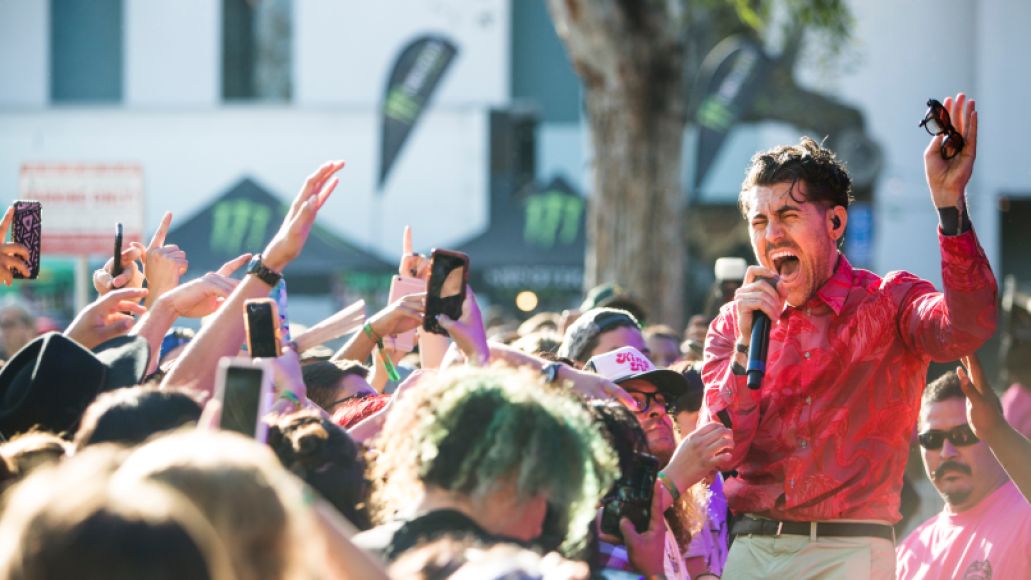 These same fans also knew every word to Violent Femmes’ “Blister in the Sun” and “Add It Up”, crowd-surfing and even moshing under Saturday’s own blistering sun. Later, Patti Smith wasn’t met with the kind of disinterest you’d expect from a crowd that wasn’t even alive when she was creating the songs. Instead, she was met with respect and shouts of love, inspiring Smith to incite the audience with her still relevant messages of punk ethos. It didn’t matter that experiences like RL Grime’s set of all bangers and Bon Iver’s focus on his new album couldn’t have been more different. It didn’t matter that Eric Andre was barely present as the event’s “host” or that RuPaul didn’t even show up to MC RuPaul’s Drag Race.

All that mattered is that Beach Goth provided a setting for friends to commune and get wasted and dance and be rowdy and do it all with some killer tunes in the background. Beach Goth serves a particular demographic that often gets ignored by events because they aren’t the ones with money. It was noted by Spanish quartet Hinds during their set, when they said that the great thing about playing Beach Goth was it was an opportunity to play for fellow young people, but for more veteran acts like Smith and the Femmes, it must be a trip to look out at a whole new generation of fans, a completely different group than what would likely make up their audiences at solo concerts.

As such, it’s hard to be too tough on Beach Goth’s many failures. And if The Growlers do want to expand Beach Goth and make it something else, something that the lineup points to being possible, well, that’s another story.

Click ahead for an exclusive gallery from Beach Goth 2016.