What do you do when you stumble upon a black metal band in the woods? Invite them to be a part of your engagement photo shoot, of course.

As ABC News reports, John Awesome and Nydia Hernandez were in the midst of a fairly typical engagement shoot in Holy Jim Canyon, California, when they encountered the four members of black metal band Coldvoid. Rather than run away screaming for help, the couple and their photographer, Janet Wheeland, approached the band and asked if they’d like to be a part of the shoot.

“During the last part of the session, we noticed a few guys with some corpse paint makeup on sitting at a nearby bench blaring out some black metal music,” Awesome, 34, told ABC News. “We just randomly thought it would be a funny idea if we could get them to be a part of our engagement shoot. So we approached them and asked and they more than happy to accept! Super nice people. I seriously can’t make this stuff up.” 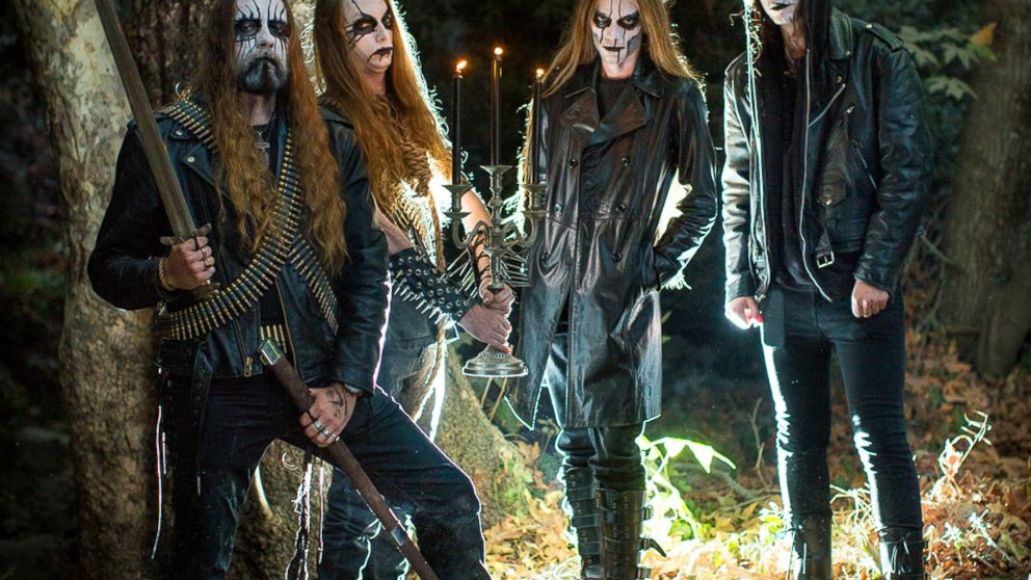 The members of Coldvoid definitely did their part to make the shoot magical, bringing in props including a giant sword and candelabrum. Before disappearing into the night, they even left the couple with an early wedding gift: their new demo. “It was the perfect eerie soundtrack for the drive out of the woods,” said Wheeland. “We couldn’t have planned it better.”