Whether it’s because he agrees with Kurt Vonnegut’s assessment, or has some deep-seeded grudge toward the Swedes, Bob Dylan seems to have absolutely no interest in his Nobel Prize for Literature. Dylan has refused to return the Nobel Prize panel’s phone calls, let alone publicly acknowledge the award during his recent string of American concerts. Yesterday brought the first mention of the Nobel Prize on his website in a listing promoting his upcoming lyrics collection, The Lyrics: 1961-2012. However, as SPIN points out, that mention has now been removed.

Here’s how it appeared yesterday: 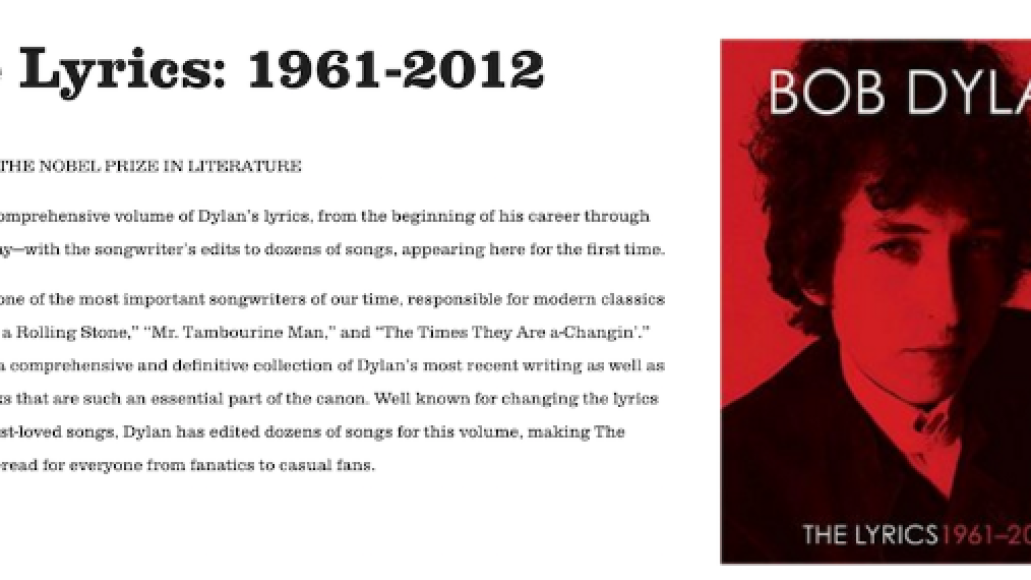 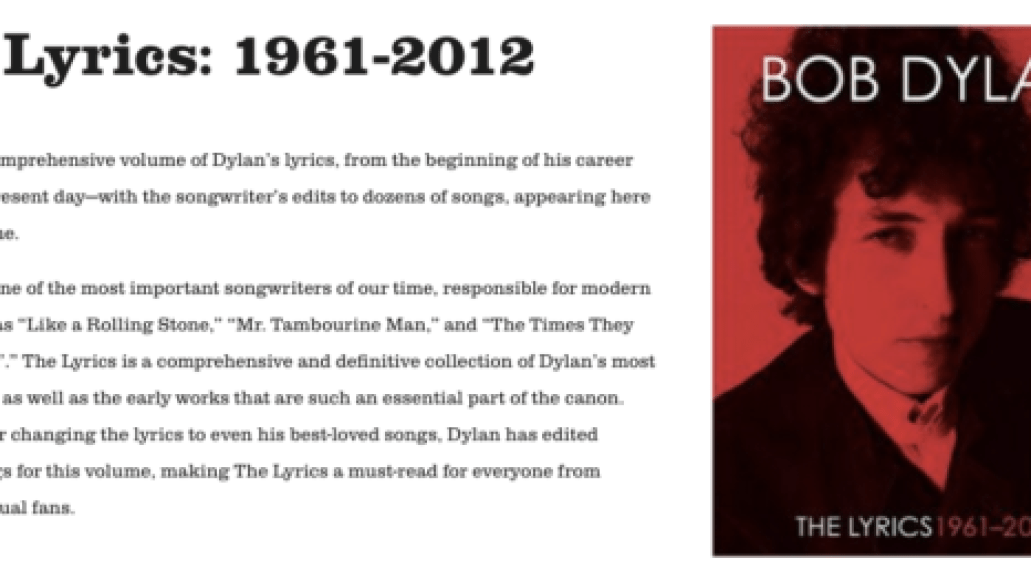 Of course, none of this should come as a surprise; Dylan is notorious for dismissing such fanfare. As SPIN reminds us, he even once snubbed the president.