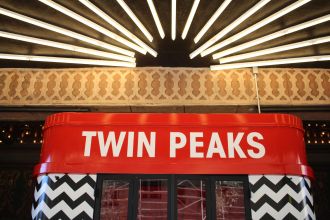 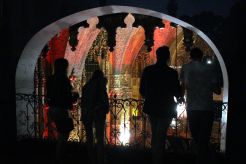 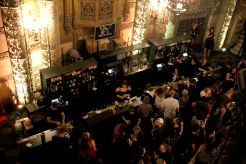 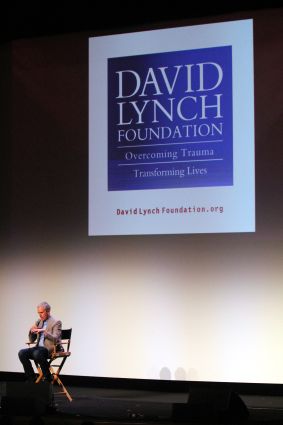 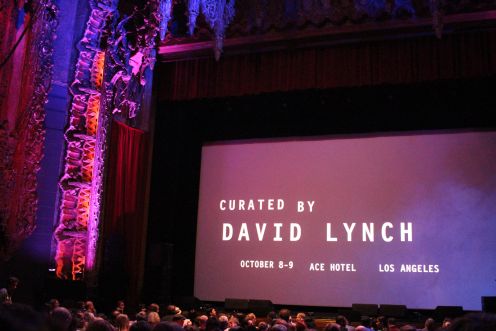 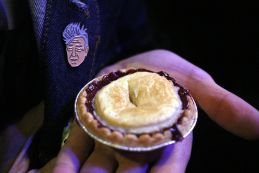 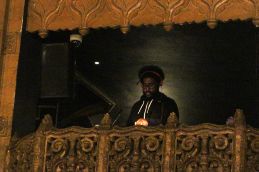 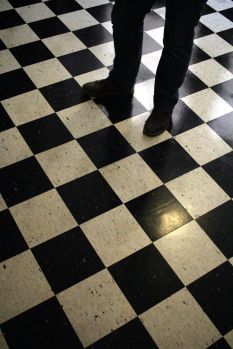 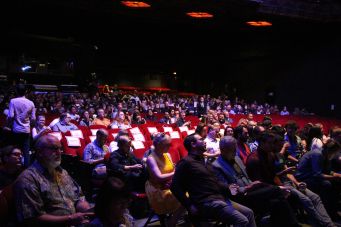 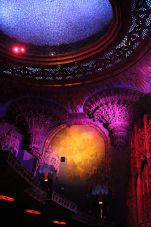 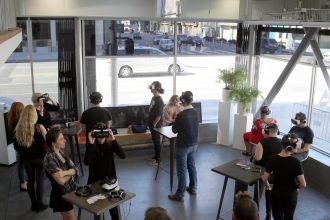 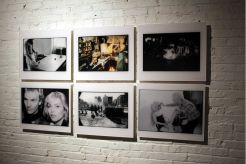 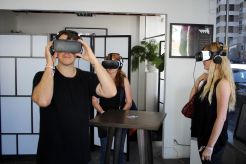 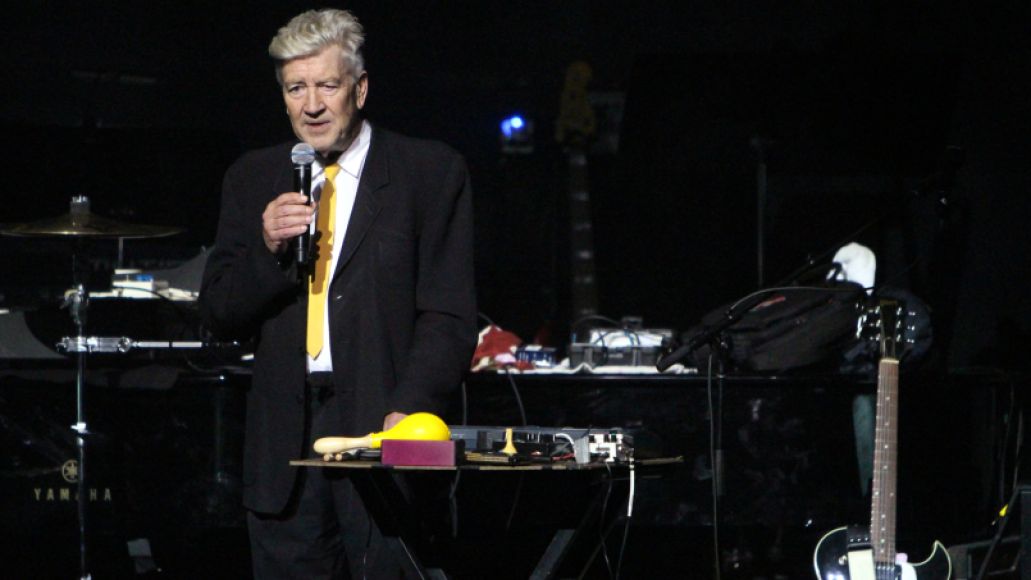 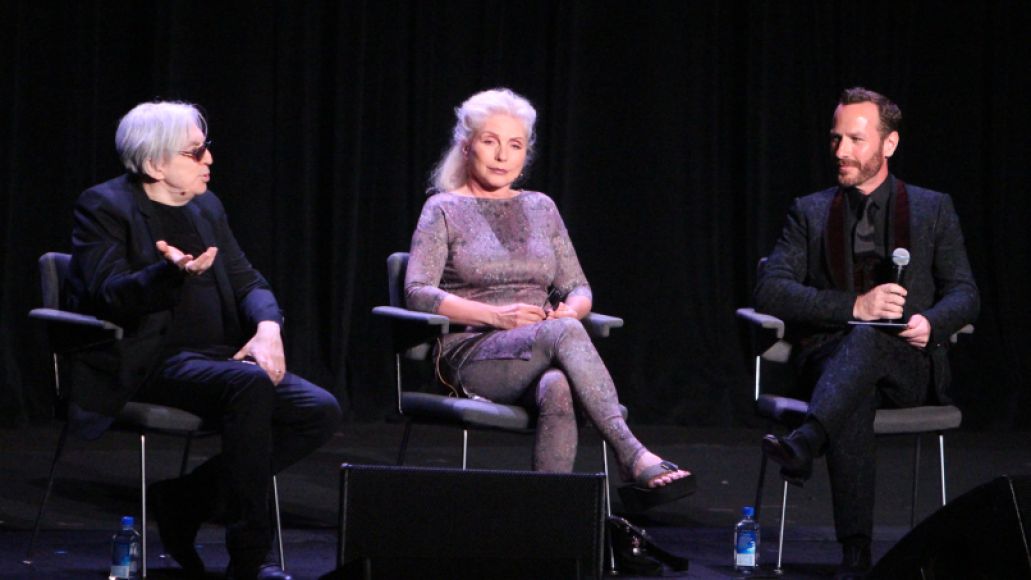 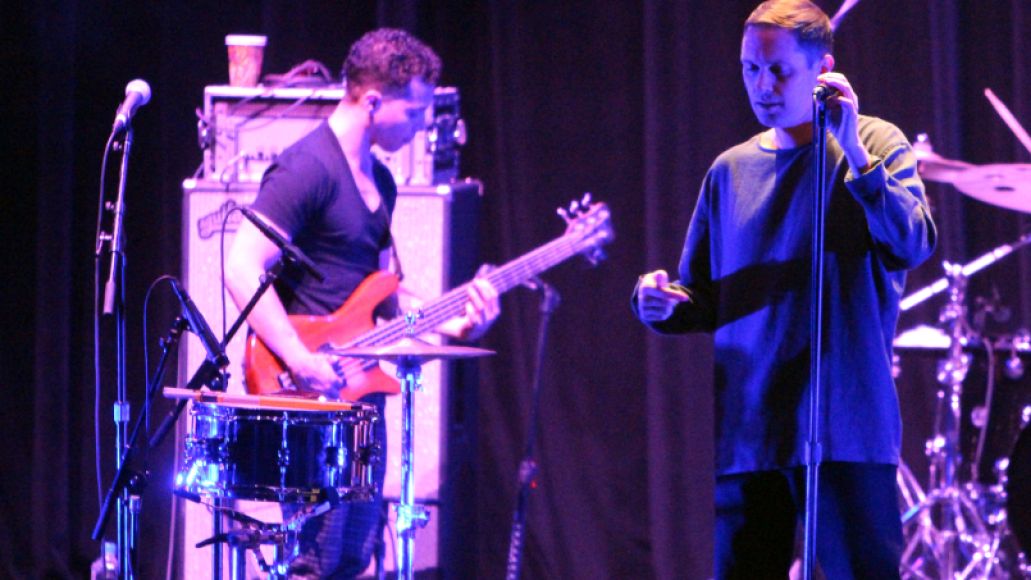 The energy inside the Ace was electric moments before Rhye hit the stage. Although the R&B duo consists of Canadian singer Milosh and Danish instrumentalist Robin Hannibal, the group prides itself in being based around Los Angeles, and their local pull was alive and well on Sunday evening. Heavy shouts and thunderous applause struck down every time they finished any of their emotional cuts off 2013’s Woman. It was quite the juxtaposition, to go from such a controlled silence to such a blistering ruckus, but that only added to the gravity of the performance. As the night inched on, Milosh and Hannibal shook things up with their five-piece band, drawing some hands in the air for “The Fall” or “Last Dance” as they tried to turn the theater into a smoky nightclub. “We’re gonna end this on a sad note for you guys,” Milosh explained. “Just feels like the right thing to do.” On that note, Rhye closed with “It’s Over”, which offered an ideal segue into the aural tragedies of Angelo Badalamenti that would soon follow.

Producers in the Radiator 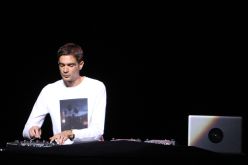 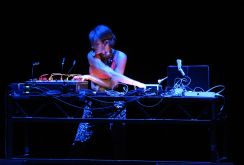 Likely part of Lynch’s pre-disposition towards duality, English producer Jon Hopkins and American producer Kaitlyn Aurelia Smith were tasked in cracking open the nighttime festivities for Saturday and Sunday, respectively. Both leaned on radiating visuals from the silver screen above, both offered expansive atmospheres that drew the mind into a daze, and both were relatively silent with a few minor exceptions. Hopkins, whose brand of microhouse electronica reached for the stars above, would occasionally hop over to the grand piano for a few earthly compositions. While Smith, whose intricate blend of ambient synths plunged into the depths of an unmarked sea, would often loop or distort her own vocals to great effect. It was a nice way to let the mind stew, reflecting on what had come before and what would soon follow — a very transcendental experience, if you will.