Melchiondo’s last proper video came way back in 2000, when South Park creators Trey Parker and Matt Stone directed Ween guitarist and bandmate Gene Ween in the equally hilarious video for “Even If You Don’t”. For The Deaner Album, available October 21st via ATO Records, Melchiondo pulled out all the stops, building a studio from scratch while enlisting the help of friends and musical heroes including the aforementioned Kirkwood and guitarist Michael Hampton of Parliament-Funkadelic fame. He’ll also be hitting the road starting October 18th with his touring band The Dean Ween Group.

Ahead of that tour, we caught up with Melchiondo to discuss the “Exercise Man” video and his first solo release, as well as dealing with impending empty-nest syndrome while learning to embrace the good times.

Have you always wanted to make a solo record, but the timing was never right?

Not really. With Ween, we could do whatever the hell we wanted creatively. Musically, there was no void that needed to be filled by making a solo record. I always wanted to do a guitar thing, where that was the primary instrument on the record. I accomplished that with this record. I’ve actually got most of a second record finished, but I gotta wait for this first one to come out [Laughs]. The first one isn’t even out yet and I’m talking about the next one. I’m thinking more about the stage, too. People aren’t really buying records the way they used to, and this one isn’t just fodder for me to go and tour behind. It’s a great record and it’s all playable onstage. I can’t wait to get out there and play a shit-ton of guitar behind it, until my hands fall off.

When I started this record, I was still moving around between rental properties. In the meantime, I built my studio, which is my home away from home. I’m there all the time and I try and record something there every day. If I have nothing to do, I’ll transfer some old tapes. It’s so comfortable and such a great place. I did 50-percent of the songs at the new joint. I really dug in and I have a bunch of guys who are available on short notice to come over. I’ve really got my groove on right now.

Is your studio the ultimate boy’s club, or is it pretty no-nonsense?

I’ve had problems in the past where the studio is so far out that you don’t even want to go there and it’s scary. Or, it can turn into a big hangout spot where nothing really got done musically. It was basically a place to watch football and shoot pool. At this place, we clean up at the end of every night. It’s a very professional environment but also pretty casual. I’ve got pictures hanging on the walls and it’s definitely got my touch. For the first time ever, I got to build a studio. It’s mine forever. We built it on a plot of land in the woods and it’s close by. It’s so nice that I could bring in a client if I was producing someone else’s record. If Mariah Carey came in, she’d say, “Yeah, we can make this work.” 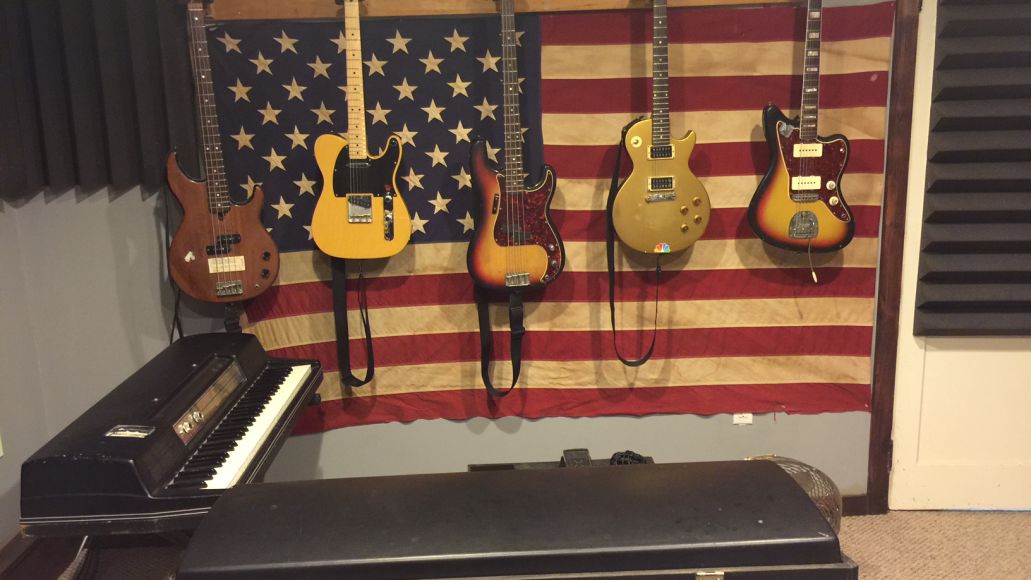 Basically what you’re saying is that it’s nicer than The Pod?

Oh, god [Laughs]. The Pod was also our living quarters at the time. I was 20 years old and it was the token first apartment after moving out of your parents’ house. Fucking people were crashing there all the time and it got fucking destroyed. Mold, dirty dishes, and shit like that.

With The Deaner Album, do you have nerves putting your stamp on this, more than a Ween or Moistboyz record?

A little bit, but not really. I’ve had a lot of time to take it on the road and play the songs. I’d say that was probably the hardest, getting my nerves up to go out and perform it in front of people. It was my first time taking the role of the frontman. I’m still getting better at it. From where I started to where I am now is awesome. It’s a real guitar-based live show and I don’t need to play Ween covers all night anymore. These are the good times, man. It’s very important to mark the good times in life. I’m very happy right now. 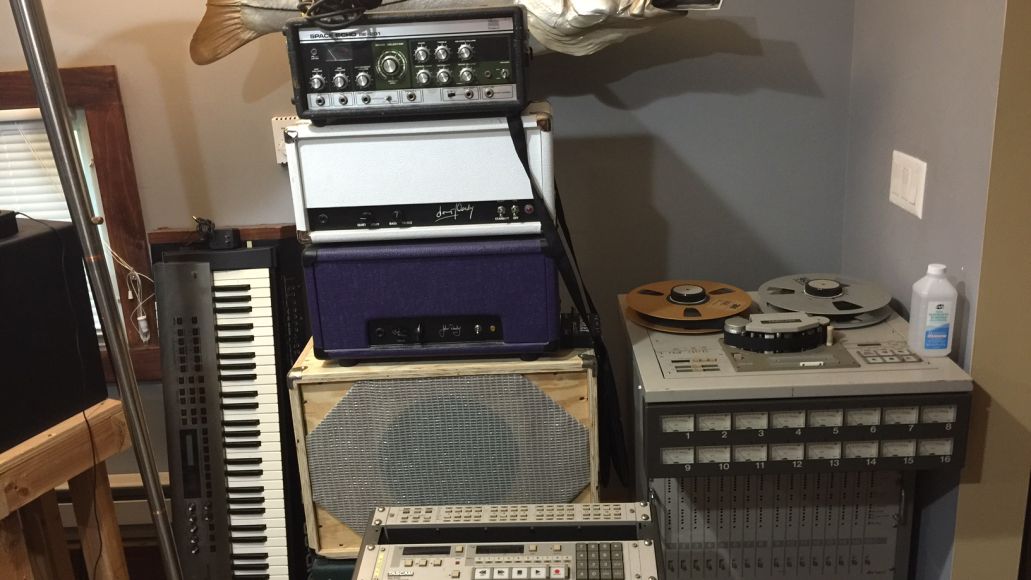 “Garry”, one of my favorite instrumental tracks on The Deaner Album, feels like a spiritual successor to “A Tear For Eddie”.

Absolutely. I don’t think you can steal from yourself. I think it’s totally within the rulebook. The influence of being around Michael Hampton as much as I am now, and the knowledge that I’ve been able to gain from him, is the first thing that has drastically affected my playing in many, many years. He’s a really good friend of mine and I talk to him every day. We play together every week at the Invitational. P-Funk is such a huge part of my life. My two favorite bands of all time are P-Funk and the Beatles. P-Funk gets the edge because I’ve gotten to see them live a million times. I don’t know Paul or Ringo. The two songs are definitely brothers.

Do songs start with the riff and then you pen lyrics? How does inspiration strike?

This album was a little different because I didn’t really have a co-writer. I did on a few songs, but it wasn’t in the conventional Ween way where Aaron and I could bounce ideas off one another. Inspiration comes from everywhere. I don’t have a system. Ween has a system. It’s really strange, but I tend to write a lot in the car. I’ve had to pull over and get stuff down. I wrote “Tick” in my car, back in ’86 when I first got my license. For some reason I hear a lot of rhymes and melodies in the car. I can visualize the whole song, pull the car over, and write it down on whatever I can. Then I get my ass to the studio and lay it down. I come up with stuff in the shower. It usually comes when I’m distracted doing something else, like surf casting. Sometimes the song title comes first as a concept of what the lyrics are gonna be about. I’ll hear the whole song in my head. That’s when I have to stop the car and get that shit down. I rarely start with nothing anymore. Aaron and I would just sit down with a tape, get a dope beat going and play along with it. We’d start with nothing and it would turn out amazing. It’s crazy how long an idea can stay with me and come to fruition. It’s 15 years in some cases.

Had you been sitting on album opener “Dickie Betts” for a while?

“Dickie Betts” is the oldest thing on the new record. That song happened when I was watching my parents’ house a long time ago. I brought a four-track along with me, just for something to do while I watched their cat. All that was at their house of my stuff was a drum machine and an old acoustic guitar with four strings on it. I recorded just the main melody and it evolved into the 20-minute jam that we play live now. Sometimes that song can go live for a fucking half hour. I think enough of it that I made it the opening track on the record. That song can go anywhere and I love it. 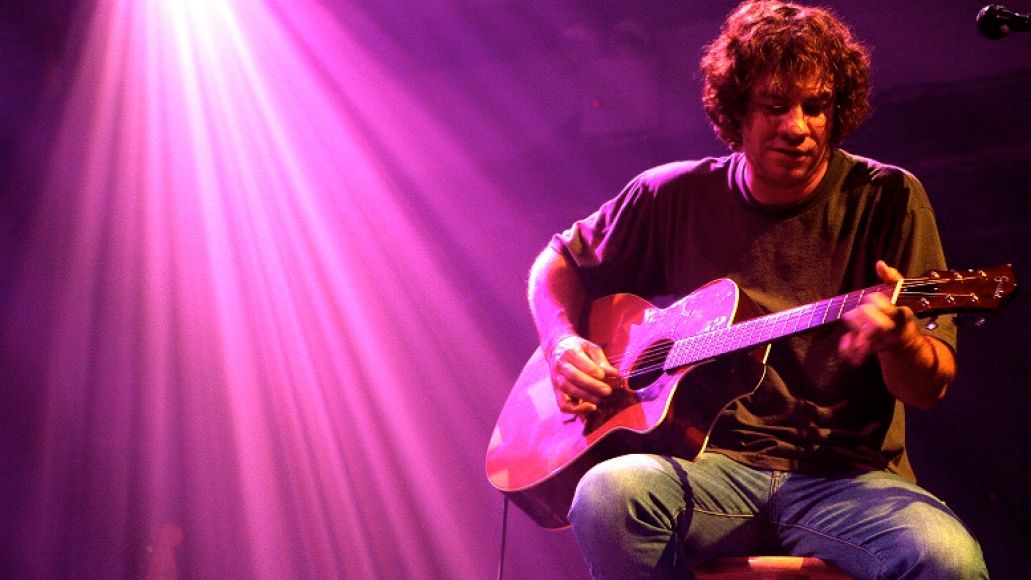 I’m really excited about it. I haven’t made a video in, fuck, 16 years? “Even If You Don’t” from White Pepper was the last one. “Exercise Man” is my favorite video I’ve done, this and “I Can’t Put My Finger On It”. It was real low-budget and simple.

I’ve got a really good story about it. When my son was little, maybe around two years old, we’d be driving around and I’d make up little fucked-up jokes. We’d see a deer squashed on the side of the road and I’d say, “Hey Mike, look at the cute little deer!” That would get him laughing. But every time we’d see one of those jerkoffs with all the gear jogging in the rain I’d yell, “Go man! You go buddy! Run! Run!” Then Mikey would giggle at that. Then I’d start singing, “Go-Go-Go Exercise Man!” There’s actually a couple songs that I’ve written like that, which were basically songs I made up to amuse my son. I wrote “Exercise Man” in like five minutes. It just came right out. I knew it was a keeper because I’d always laugh every time I did an overdub. It never got less funny while we were recording it.

You’re “working out” in the video. Does your wife or Mikey ever nag you about getting in shape or ditching the cigs?

Fuck no! The cigarette thing is something that I’ve gotta quit at some point. I’m smoking so much these days. I’ve been spending a lot of time on the road and in the studio, but it’s always the typical smoker excuse: I only smoke when I drink, or only when I’m driving. Only when I’m recording. Only when I wake up or go to bed. Only when I shit or shower. I’m at my worst with it right now. Two and a half packs a day. My fingers are disgusting.

Are you fearing the empty nest? Mikey’s growing up pretty quick.

I totally am and my wife is, too. I’m dreading it actually. He’s my best buddy and I love having him around. Even when he’s out with his friends I get jealous. I love him. You gotta just cherish that time. It’s cliche, but they grow up really, really fast. It’s quicker than I can believe it. I’m teaching him to drive right now.

Are you comfortable on a day off? Or do you have to constantly be in motion?

I do love days off when I can sleep in. But you lose something. You lose your edge. I like to be in motion, running on low energy. My body goes into shock from too much sleep or too much food. I’m a champion sleeper. I’m fully capable of sleeping 18 hours. I do not do well when I’m by myself. I need to constantly be surrounded by my family and friends.

Dean Ween pushes his body to the limit in “Exercise Man”, his first video in 16 years -- watch