If you aren’t careful, Los Angeles will eat you alive. Many artists and musicians flock to the city hoping to find a kind of creative paradise, only to be met with professional failure, perpetual traffic jams, and a creeping sense of isolation that feels uncanny in a metropolis of this size. But there are some — believe it or not — who thrive in this place where the weather’s always nice and the stakes are always high.

LA demands a lot from its artists. It can be discouraging to walk along Sunset Boulevard in Echo Park and think, “Holy shit, everyone here is also in a band.” On the other hand, it can also be enlivening. To stand out in a city like this takes a little something extra, and each of the five artists we’ve CoSigned this month — Bishop Briggs, Steady Holiday, Bloodboy, Alex Izenberg, and Springtime Carnivore — have that something extra.

They may be going it alone in the city’s dense and crowded music scene, but they don’t lack for confidence. In fact, they’re already looking beyond the palm trees and vast concrete expanses. “I think of Steady Holiday as bigger than just a Los Angeles project,” says Dre Babinski, and maybe that’s the key to thriving here: You’ve got to be bigger. You’ve got to own that bigness. 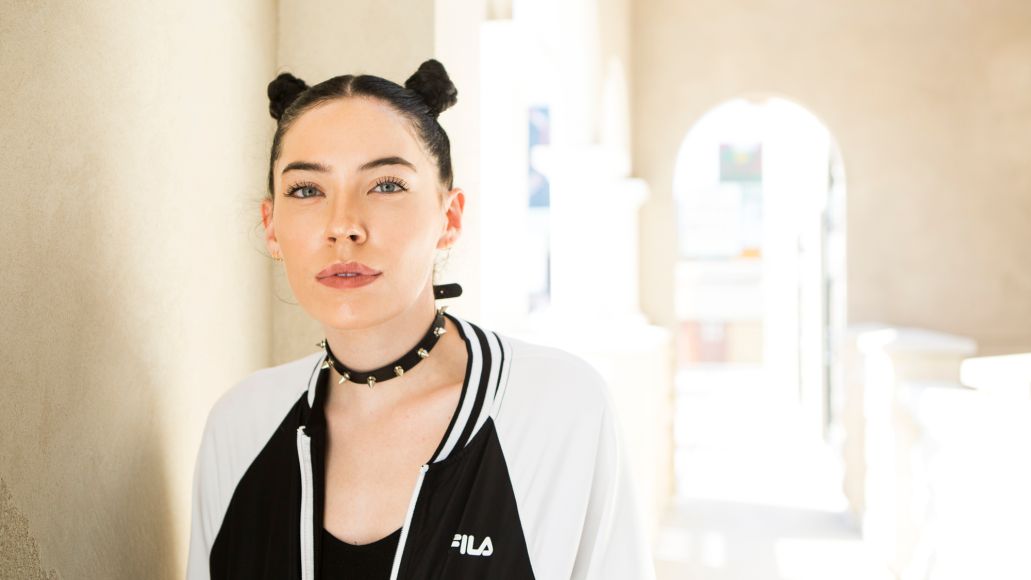 It’s not often that the future of alternative radio slaps you in the face on a sleepy Tuesday night, but that’s how I was first introduced to Bishop Briggs. When the electro-soul singer took the stage at historic West Hollywood venue The Troubadour, I had yet to hear so much as a note of her music. But the buzz at the sold-out show was palpable, and the few songs Briggs went on to perform during her abbreviated set (“Wild Horses”, “River”, “The Way I Do”) struck me as familiar in the way all predestined megahits do.

With a sound that blends huge trap beats with slithering rock melodies and a voice that could topple a concrete wall, Briggs isn’t long for clubs like The Troubadour. Anyone present in the audience that night would agree: A force of nature like this belongs in a goddamn arena. So I was gratified to find out, just a few months later, that the young singer was opening for Coldplay at the Rose Bowl. It’s hard to go up from there, but I’m confident she’ll find a way.

We were hoping to profile you as more of a rising artist, but you’ve exploded so quickly just over the course of the past year. You went from being relatively unknown to opening for Coldplay. Has that been a difficult thing for you to process, and does it ever seem like kind of a weird dream?

I mean, if it’s a dream, it’s the best dream ever. I think it depends. When it comes to writing, I really try to disassociate from everything that’s happening. It’s so exciting, but I want to make sure that I don’t bring that pressure into writing. With everything else, I’ve just been trying to enjoy it as much as I can and just really appreciate everything that’s happening. For me, this whole dream is about waking up each day and being able to make music. And so, with all of these things that are happening, what’s so exciting to me is I get to wake up every day and make music and perform. That’s really the goal.

Speaking of the performative aspect of your music, I first saw you at a small club and have since seen videos of you at the Rose Bowl, performing in front of this massive arena. Do you feel like your live show has had the chance to develop to that point yet? When you get out on those huge stages, are you ever like, “Oh my god, what do I do now?”

Even when I was performing in little coffee shops to three people who were checking their phones, I would perform as if it was a stadium full of people that were so excited to see me. Almost to a fault, where I think it was a little too much for the little coffee shops that I was performing in [Laughs]. It was definitely out of place. But I’ve always remained the same. The goal is to reach as many people as I can, and I think performing as if it’s your last really means putting everything you have into it. So whether it’s a small stage or the Rose Bowl — which is insane, that I can say I’ve played that now — I just try to keep that mentality of trying to prove to anyone and everyone that I’m worth listening to.

Can you think back to what the smallest stage you’ve ever played on was?

Because I know the Rose Bowl, but I’m curious about the other end of the extreme.

Well, I guess the smallest of all stages was in Japan, which was in front of my parents and my sister in the living room. They were the toughest crowd, as you can imagine. But there are ones that I found in LA that were very small and that either meant it would be an amazing, intimate show or very bad, and you’d just want to leave very quickly afterwards.

Speaking of your mom and dad, do you think your parents had a much bigger influence on your tastes growing up, just because you were living with them in a foreign country? Were you going out to shows when you were a teenager? Were you exploring the local scene in Hong Kong?

With music, it depends on how you absorb it. I was such a lone wolf growing up that I really loved listening to music at home, and at that time it was whatever was available in the CD section of our house. So I think musically growing up with all the Motown music and The Beatles really influenced me, but when it comes to the people that I met along the way, that was all the writing material. There was so much to write about with every person I met, whether it was being heartbroken or feeling fulfilled, I think that’s something that really comes with the people you meet while living in these places.

I can see that. With the songs that you’ve been putting out recently, I notice you’ve been collaborating with Mark Jackson and Ian Brendan Scott. I assume you’re the real creative force behind these songs, but I’m wondering if working with these producers and working with other people has helped show you how huge you can sound. Because one of the things about your music I’ve noticed is just how big it is. You use these huge trap beats, and everything about it seems to be made for these big arenas.

Ah, thank you. I mean, I am not the creative force behind it at all. It really is a collaborative thing that becomes that creative force. At least I hope it becomes that. But all I can say is, collaborating with them, I really have felt like everything that I was trying to do before and trying to say before came to light. They really introduced this trap, hip-hop element that I was seeking for a long time, but I just didn’t know how to combine it with the soulful music that I wanted to write and the depressing lyrics that I wanted to have along with it. So it was definitely a game-changer when I met them.

I imagine it must be hard to sit in your room writing these songs and not really know what you can really accomplish in the studio or on the stage with the right tools.

And I think sometimes it really works well when you write that song on your own and make it as dark as you need it to be, but then when you bring it into the studio, that’s when things can have a new element added that may uplift it and maybe give it more life than it would have had before.

I also heard that you grew up doing a lot of karaoke, and I was wondering if you have a go-to karaoke song that you still lean on?

That’s the thing, I need to do more karaoke because I still haven’t found my song. But I think the one I always feel comfortable singing no matter what time of day would be “Oh, Darling” by The Beatles. You can go crazy in it, you can bring it up, bring it down, the lyrics are kind of simpler. Though you don’t really need that in karaoke, because you do have the lyrics written there [Laughs].