Next May will see the release of Marvel’s next spacefaring adventure, Guardians of the Galaxy Vol. 2. Though a trailer was shown at Comic-Con back in July, the public has yet to preview the anticipated sequel. Today, however, director/writer James Gunn begins to pull back the curtain with the unveiling of the first teaser poster.

(Ranking: Every Marvel Film and TV Show From Worst to Best)

Perfectly capturing the film’s tone, the poster depicts the misfit group of heroes standing all cool like up against a wall with the eloquent tagline, “Obviously.” Featured are the original GotG — Star-Lord/Peter Quill (Chris Pratt), Gamora (Zoe Saldana), Drax (Dave Bautista), Rocket (voiced by Bradley Cooper), and Groot (voiced by Vin Diesel; yes, he’s in there, just look down) — alongside upgraded members Yondu (Michael Rooker) and Neblua (Karen Gillan). 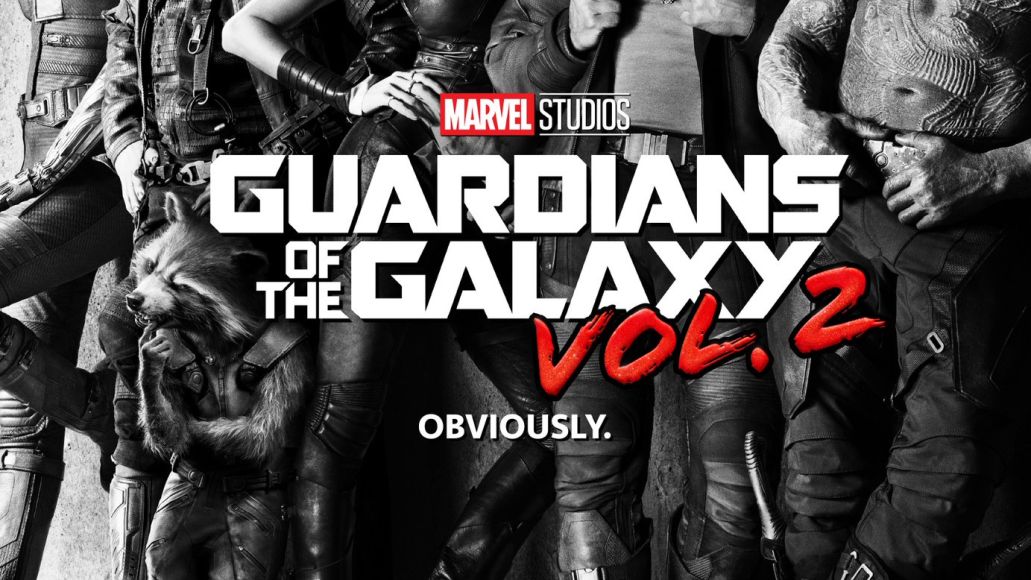 Missing from the image are newcomers Pom Klementieff, who plays Guardian Mantis, and Kurt Russell, who plays Ego the Living Planet aka Star-Lord’s father.

Due May 5th, 2017, the sequel to Marvel and Disney’s 2014 blockbuster juggernaut finds our Guardians searching the cosmos for Quill’s father all while trying to keep their shit together as a newfound family. The first trailer for the film could surface next week attached to Doctor Strange. Update: Watch it here!