Knowing when to hit the reset button in life — whether career- or relationship-wise — is never easy. The idea of letting go of the familiar and venturing into the unknown is a very scary thing with which to come to terms. It’s something Alex Fitts and Chris Wall of long-running group The Kickdrums experienced just recently when they formed a new Brooklyn-based outfit called Fake Guns. The pair even wrote a song about the whole process, which they’re premiering today.

Titled “Yellow”, it’s technically the first-ever track Fitts penned for Fake Guns. “It came from talking to my girlfriend about neither of us being happy with where we were at creatively and deciding to start over together,” he tells Consequence of Sound. “Starting this band with Chris gave me a chance to do that.”

As to be expected based on the subject matter at hand, “Yellow” lyrically and musically navigates waters both bleak and optimistic. “And it’s all a blur, the months seem more like days,” Fitts sings with utter dejection. His voice has a weightless lilt and polish that, coupled with the wacky mix of dark, thick synths and crunchy guitars, brings to mind ’90s Beck. Fake Guns eventually find some hope in the future, though, later declaring, “I can see our path paved in gold/ I can feel the sunshine through the cold.” 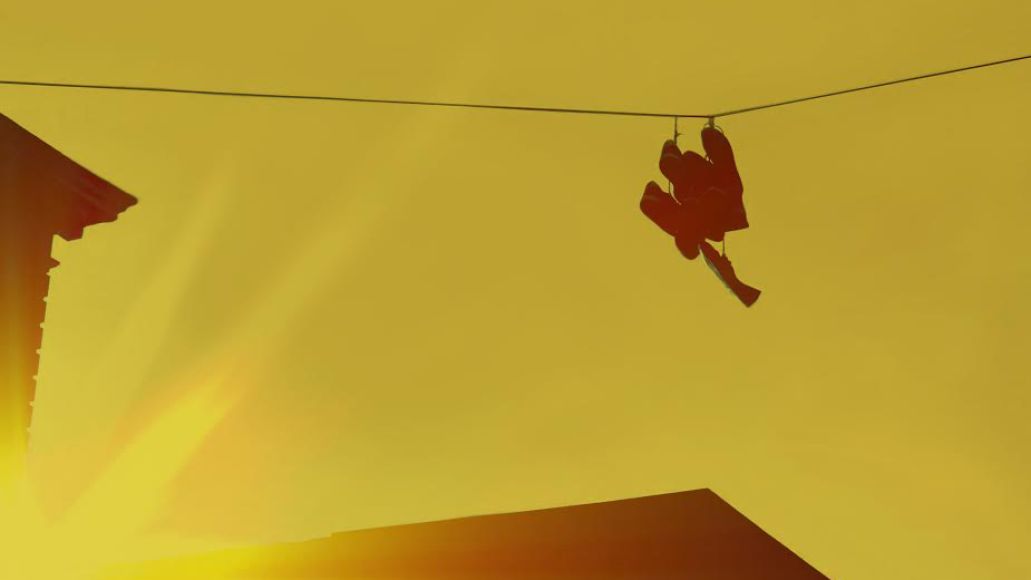