It’s sort of amazing anytime the members of Nancy Pants get together to create new music. The Montréal trio are involved in so many side projects around town — not to mention their growing families — that fresh material from their main project comes as a form of blessing. Their next little miracle, the forthcoming album Psychic Slush, is still a little ways out; thankfully, they’re providing fans with something to hold them over until then with a brand new cassette EP, Vol. 27.

The eight-track effort features two previously released songs, “Mother Mary” and “PS” — or three if you include “ハッピー”. The closing song on the EP, “ハッピー” is actually a Japanese re-recording of “Happy” off Total Nancy Pants. It’s not the only foreign language track on the album, either, as “Kokoro” also sees frontwoman Ohara Hale singing in Japanese alongside guest vocalist Julie Doiron singing, “My heart is your heart, etc….” in French.

“We had actually re-recorded some of Total Nancy Pants in Japanese for this Japanese EP we’ve been working on because … why not?” Hale tells Consequence of Sound. “I’m half-Japanese and we realllllllllyy wanna go tour Japan. Fingers crossed!”

Whatever the language, Vol. 27 showcases all the tiny joys Nancy Pants is able to pack into their lo-fi garage pop. “Take” may be the poppiest thing they’ve ever written with its bright, hammering chorus. Their psychedelic tendencies eek out during “Green”, while all their genre proclivities collide into the giggling delight of “I’ve Got a Crush on You and Everybody Knows It”. Take a listen to the whole thing below.

Nancy Pants will celebrate the tape’s release with a show this Sunday, October 16th at Brasserie Beaubien in Montréal. Below, check out the Vol. 27 artwork, which features Hale’s mother, Mayumi Hale, a former Japanese model who moved to the States when she turned — wait for it — 27. 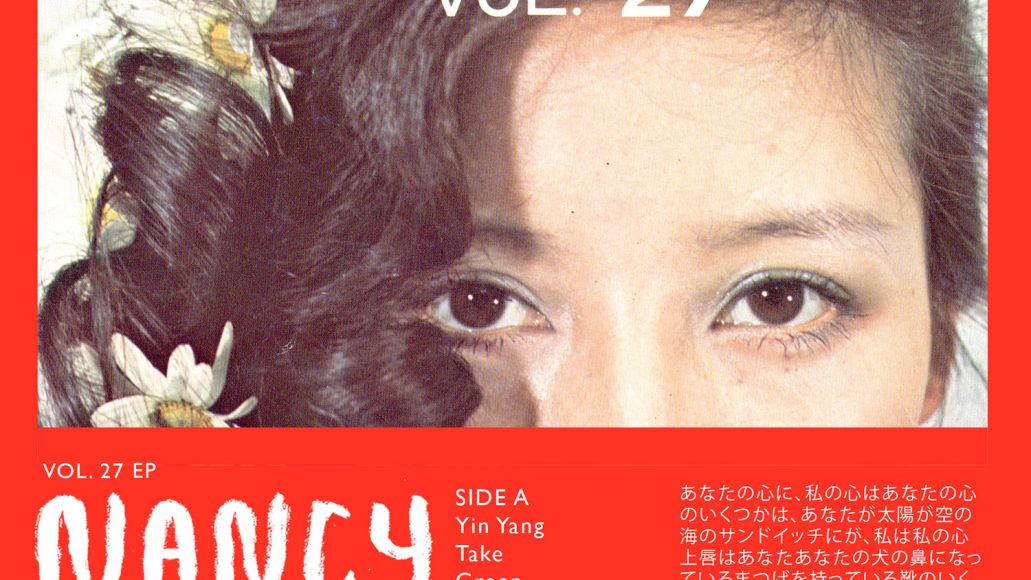 Below, watch Hale’s own visualizations for the album tracks “Green” and “Yin Yang”.