What is there to say about NOFX that hasn’t already been answered with a snarky retort from Fat Mike himself? Pop punk’s most famous mohawked bassist and his crew have been at it for three decades and counting, during which time they’ve burned more bridges than most people would have the time to build. But if you listen to the opening salvo of “Six Years On Dope” — during which Mike and guitarist Eric Melvin bicker over who’s going to do “the yell” — you’ll swear these merry pranksters are just getting started.

Maybe that’s what makes First Ditch Effort such an appealing name for the band’s upcoming 13th (!) studio album. As with most things NOFX, this one’s not a “goodbye” or a “see you later” but a triumphant “fuck you!” to anyone who thought these guys didn’t have another world-beater left in ‘em. It just took a bit longer to squeak out than all the others; as the first NOFX album since 2012’s Self/Entitled, it comes after the longest gap in the band’s history.

So what did they do with all that time? Probably a lot of illicit substances, but they also found a few hours to put together a record that’s lean, mean, and surprisingly personal. “This is for sure our most painful and personal album,” admits Mike. “All my secrets are out there. Fletcher from Pennywise said, ‘I can’t believe you’re actually singing these lyrics!’ Yep, I went there and I’m proud of this record.”

As he should be, because there are a lot of moving pieces here that the band somehow jammed together to form a cohesive whole. “Sometimes we sound like Jim Croce, sometimes like the Screamers, sometimes like NOFX from 1985,” says Mike. “Maybe it’s cuz it’s the very first NOFX record I recorded while I was partying every single day.”

The party element isn’t hard to find here, but it’s coupled with some seriously dark shit, like the poem in closing track “Generation Z”, which Mike calls his favorite part of the whole record. “My stepdaughter reads it, but she’s only reading about a quarter of it,” he says. “To see the entire poem, you gotta look at the lyric sheet. I went dark. It stings, but good art is supposed to hurt somebody.”

If you’re in the market for a good hurtin’, check out the exclusive stream of First Ditch Effort below. The album drops via Fat Wreck Chords (duh) on October 7th; preorder it here. 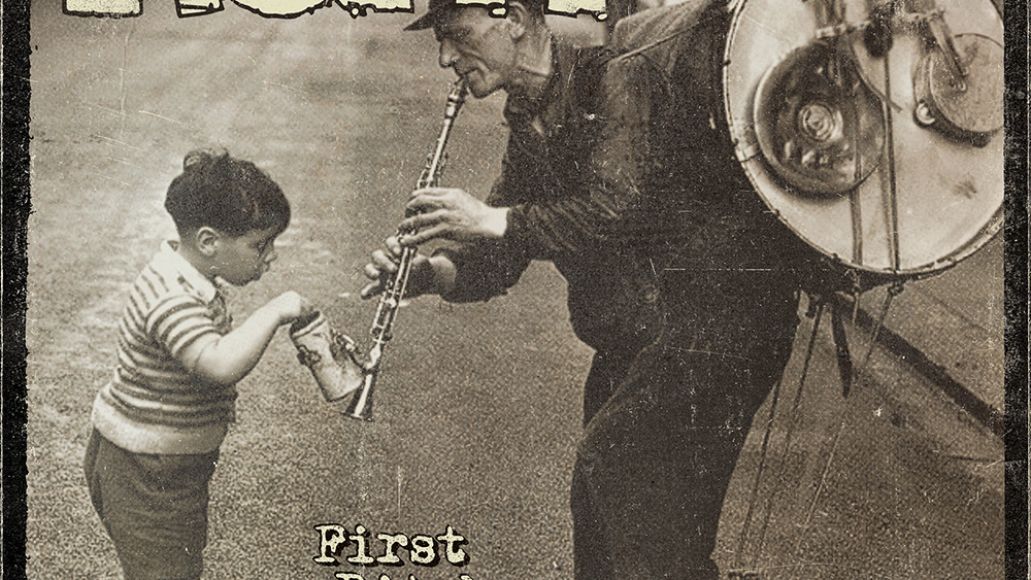