All throughout the month of October, The Flaming Lip have been debuting “brand new, never heard before” music during yoga classes at a studio in Oklahoma City. It appears that material will finally be heard by folks outside of The Yoga Box’s flexible clientele, though: Wayne Coyne & co. have announced a new album, Oczy Mlody, due out on January 13th via Warner Bros.

Oczy Mlody follows the Flaming Lips’ 2014 Beatles tribute album, With a Little Help From My Fwends, and serves as the first full-length of original material since The Terror in 2013. It spans 12 tracks, including titles like “Galaxy I Sink”, “There Should Be Unicorns”, and “Listening to the Frogs with Demon Eyes”. Its lead single, called “The Castle”, is expected to be made available midnight tonight. Listen to a brief preview below. Update: You can hear “The Castle” in full here.

Update: In a press release announcing the release, Coyne described the album as “Syd Barrett meets ASAP Rocky and they get trapped in a fairy tale from the future,” adding:

“I think, perhaps, it is only within The Flaming Lips world that these 2 (Syd and A$AP) could accidentally find themselves, like Dorothy stumbling upon the scarecrow as she wondered down the yellow brick road towards Oz.. (not sure which one is Dorothy and which one is the scarecrow in this scenario..) But somehow they have gone through a hole in the night sky and arrived in a fucked up, day glow, fairy tale world in the future.. A future where Oczy Mlody is the current cool powerful party drug of choice and sleeping is the ultimate cure for everything.. sleeping for, like, 3 months.. Yeah sleeping.. So if you want to lose weight.. Ping!!You are put to sleep for 3 months and you wake up thin.. If you are addicted to drugs.. Ping!! You sleep yourself out of withdrawals and cravings and wake up sober.. Ha.. And it all takes place inside a gated community that has been made into a replicant fantasy fairy tale city where the mega-mega rich folks live and have self indulgent psycho parties (maybe I’ve been spending too much time around Miley Cyrus) where everyone takes Oczy Mlody (the drug uses your own sub-conscious memories and transports you to your perfect childhood happy mind) and everyone has sex while riding unicorns.. There are frogs and wizards and spiders and painful emotional therapy sessions where every primal desire is allowed and encouraged. Darkness in the dark while we listen with demon eyes on our way back home to our family.. WTF..”

For the last few weeks, The Flaming Lips have been teasing the album on Instagram, uploading pics tagged with #oczymlody. Check out the album’s tracklist and artwork below, followed by a few of those Instagram posts. 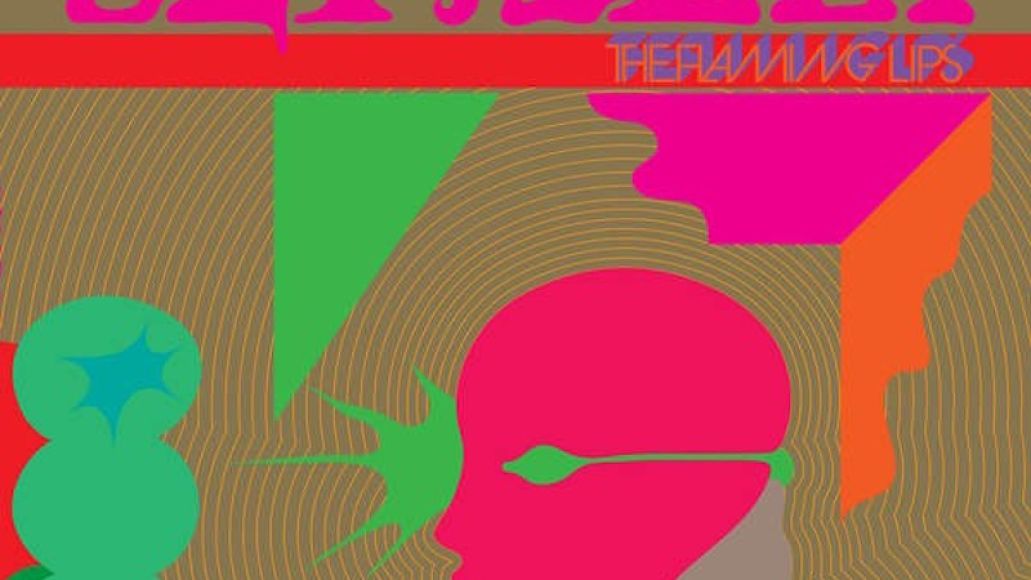