Stop me if you’ve heard this before, but our future president is airing out his petty grievances on Twitter. It seems the cast of Hamilton really struck a nerve when they addressed Vice President-elect Mike Pence during Friday night’s performance.

In response, President-elect Donald Trump fired off a pair of tweets early Saturday morning. “Mike Pence was harassed last night at the theater by the cast of Hamilton, cameras blazing. This should not happen! The theater must always be a safe and special space. The cast of Hamilton was very rude last night to a very good man, Mike Pence. Apologize!”

Now, 12 hours later, Trump has again taken to Twitter to  condemn the Hamilton cast. In the process, he criticized actor Brandon Dixon for failing to memorize the speech he delivered to Pence. 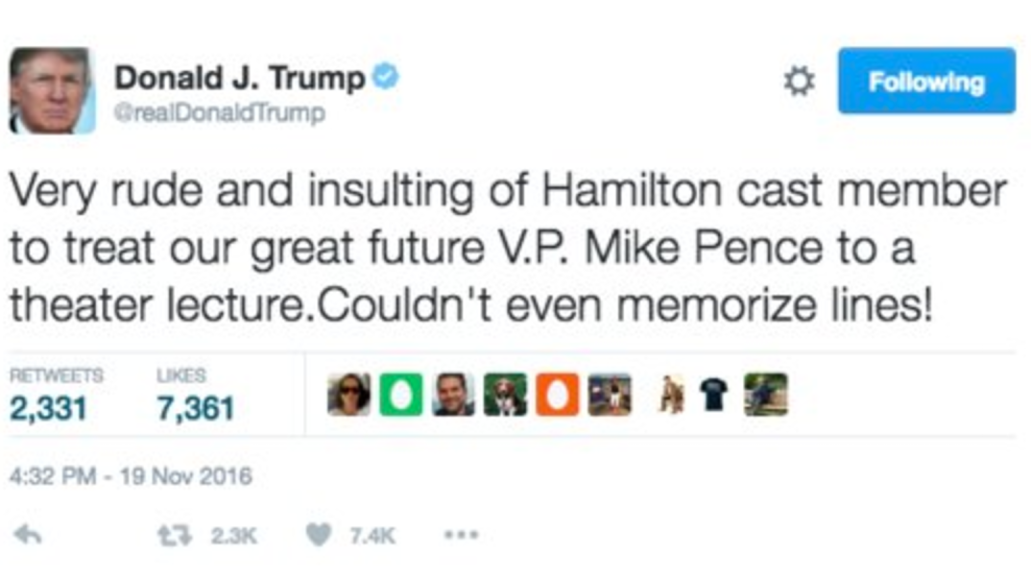 One can only imagine what will happen when Trump is triggered by something with real-world consequences.