Had the American presidential election gone differently two weeks ago, Corona Capital’s seventh edition in Mexico City would have looked and felt a lot differently. Visiting from America could have focused on the incredible booking, the differences between foreign and domestic audiences, and how the event uses vast corporate sponsorship to its advantage. All those are still interesting, but when the president elect has won the office on a platform that promised a wall between the US and Mexico and characterized the country’s people as largely criminals, a visit to its most populous and culturally rich city takes a different form.

It was obvious that the performers felt this. As some of the first post-election ambassadors from the US, artists ranging from Band of Horses to Eagles of Death Metal used their platform to preach a message of love and respect to their southern neighbors. There was no sense of deflecting responsibility for the election results or apologizing on behalf of Trump. Rather, many performers wanted the people to know that many Americans disagree with the rhetoric of Trump, and regardless of the administrations stance, will not stop being vocal in their dissent. 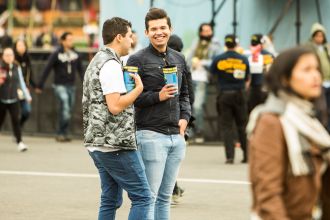 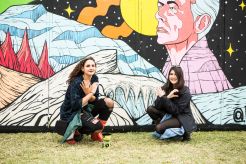 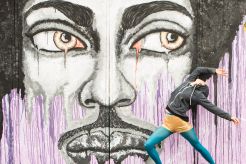 And whether the wall of Trump turns out to be a physical one or an ideological one, it’s important to remember that walls work both ways. While the idea may be to keep out people thought to be undesirable to certain Americans, it could also function to isolate the United States from a culture that is already so influential and an integral part of America. Likewise, the idea of a wall could function to keep Americans out of Mexico, with the American musicians that play an event like Corona Capital finding a more difficult time coming over. In truth, we don’t know how American/Mexican relations will change under Trump, but none of the Americans that performed or attended Corona Capital could have left the country with anything but the highest esteem.

No other Mexican festival draws the attention of foreigners like Corona Capital, primarily because the bill isn’t just appealing to locals. By lining up unique billings like Mark Ronson vs Kevin Parker and solid gets like Kraftwerk, Air, Pet Shop Boys, and Suede, the festival does what most festivals strive to: present a docket that is one of a kind and an identity that no other gathering replicates. In the US, this has become an increasing problem, and it might just speak to differing cultural tastes that the lineup of Corona Capital could look so different than domestic fests.

Namely, the people that want to see Suede and Pet Shop Boys in concert in the US don’t have a huge overlap with who festivals are designed for. But in Mexico, they are one in the same, creating an environment that sees the attendees passionate about the music. The fashion parade of American fests simply wasn’t present. Crowd members weren’t getting pulled out due to partying too hard. In broad comparison to comparable US festivals, Corona Capital made our audiences seem like amateurs, with the fans generally more engaged and more responsible. 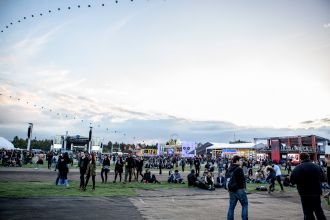 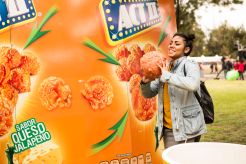 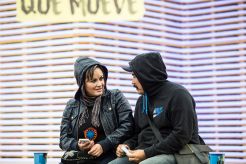 And while Lollapalooza annually shows us the benefits of corporate sponsorships at festivals, Corona Capital takes that to another level. Be it in the form of games, viewing areas, or art installations, the vast majority of what there was to see and do at Corona Capital came with a Ray Ban or a Doritos or, obviously, a Corona logo prominently displayed. Some may find this distasteful, but when it gives the event the money to make people comfortable and more visual stimulation for the audience, maybe it is something more festivals should embrace. Every festival has some level of a corporate installation. But at least at Corona Capital, they were all huge and innovative. So many other festivals are happy just giving sponsors booths that offer little to the festival atmosphere. And by coupling the installations with a number of painted murals celebrating David Bowie and Prince, Corona Capital displayed just how vibrant a festival can look on someone else’s dime.

In all, Corona Capital achieved its goal at reaching beyond Mexico, earning its title as one of the world’s premiere events. Maybe it was the fact that a number of the artists on the bill were concluding their tour at the festival or maybe it’s that these artists don’t perform in Mexico as often as they perform stateside, but it was obvious that it wasn’t just another show for these acts. It made Corona Capital special, the hope for any event of this size.