Dave Vanian might be a hard man to please, or it could just be that he sets a particularly high bar for himself. The frontman of The Damned closed out October with three well-received US shows, two at New York City’s Gramercy Theatre and another at the Belasco Theater in Los Angeles. An air of self-praise surrounded the gigs, which were booked in celebration of the iconic punk outfit’s 40th anniversary. The shows amounted to a small victory lap for a band that’s made huge contributions to the shape and face of popular music. But speaking just days after the three-show run, Vanian talks about his band’s lot in sober, matter-of-fact terms.

“It’s a pity, because I’ve always felt like The Damned have been grossly overlooked over the years,” Vanian confesses when reached via phone in his native England.

That’s not sour grapes or an opinion borne out of dissatisfaction, but rather an honest analysis of his band’s standing 40 years in the making. History backs up Vanian’s assessment, too. Popular music inevitably steers the wide swath of its bands down one of two paths: Early punk peers such as The Clash and the Sex Pistols turned down the road to stardom while The Damned, whose “New Rose” was Britain’s very first punk single, have become one of the genre’s most well-traveled and beloved cult acts. The respect they’ve earned from countless bands and critics over the years could today fill the arenas they’ve rarely been afforded the opportunity to play.

But as The Damned roll into their fifth decade of existence, Vanian and his bandmates are still motivated by the challenge of getting over that commercial hump. There’s still a sizable chip on their collective shoulder, one that propels their music forward. Putting aside the 10 records that helped give rise to both punk and goth while also reigning in a host of other styles and influences, they still believe they have work left to do. For Vanian, who turned 60 in October, there’s little use dwelling in the past when there’s still plenty to look forward to.

“We always hear stories from people about how we turned them on to music that they otherwise wouldn’t have listened to,” he says. “But there’s still that kind of carrot that’s dangling out there that makes us think we can be successful at what we do. We’re a working band. We have to live and pay the bills like everyone else. We’ve never said we’re not doing it for the money, but we do it on our own terms.”

The Damned might have little use for tripping backward over their own vaunted history, but the past is a place that fans, critics, and others outside of their inner circle love to inhabit. (“If everyone hadn’t been saying, ‘It’s been 40 years,’ we probably wouldn’t have noticed,” Vanian admits). Not that anyone can blame them. Nostalgia is an easy trap to fall into, especially for a band that lays claim to such a rich legacy. When Vanian, guitarist Brian James, bassist Captain Sensible (who later switched to guitar after James’ departure), and drummer Rat Scabies started playing together in London in 1976, punk was still a fetal genre. But somewhere between the glam rock of David Bowie and T. Rex and the proto-punk of bands like The Stooges and the New York Dolls, the band was born.

To say they helped birth punk rock is not a stretch.

What’s even more noteworthy about The Damned’s story is how, by Vanian’s account, it all happened largely by accident. Punk’s advent was not a consciously engineered thing, but rather a reaction to what was happening around the people who helped spawn it. Vanian, for one, had no designs to be in a band or be a singer in the first place.

“I was trying to be a graphic artist at the time,” he recalls. “I kind of stumbled into it. I was frequenting places where small amounts of people were congregating. There was an incredible buzz in London of people wanting to make something for themselves.” 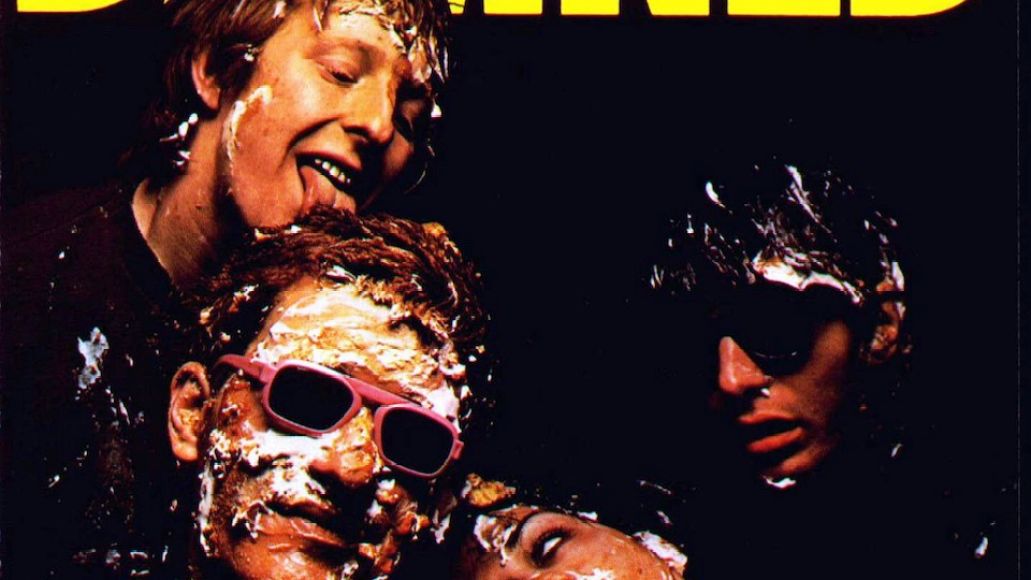 Vanian might not be quick to romanticize his band’s past, but he doesn’t discredit the work that’s gone into keeping The Damned a living, breathing entity all these years. There have been numerous lineup changes, with Vanian and Sensible being the band’s two constants (even Sensible ducked out for a bit in the 1980s before returning in the ’90s). Then there’s the music itself, which long ago left bread-and-butter punk rock behind in favor of darker, more adventurous sounds that set the table for goth punk.

The Damned have always skirted the narrow expectations of fans, critics, and even their peers, insisting on staying one step ahead of where others try to pigeonhole them. It’s a quality that’s helped the band endure, but also one that’s thrown up its share of barriers along the way. When the band recorded 2001’s Grave Disorder for Nitro Records, the punk indie label spearheaded by The Offspring’s Dexter Holland, it was a pairing that looked perfect on paper. Instead, Vanian remembers, the label didn’t quite know what to do with the record.

The Damned have spent the majority of their career fighting against type, and Vanian says the fight hasn’t gotten any easier as the years have passed. Instead, it’s just a different tide that they’re up against. Whereas before they were chided for being too forward-thinking, now the band is battling the perceived limitations that come with age.

“There’s an age barrier in some respects, but I think we’ve gotten around it,” he says. “There was a time where, if a band was 20 years old, they were too old to listen to. Now there’s a much broader listening public that has enough sense to know that a band with some experience can still knock out some great stuff.”

That’s the challenge Vanian and his bandmates will once again face as they prepare to record what will be their 11th studio album this spring. Details are still scarce, with Vanian admitting that the band gets a lot of work done in the studio itself. But in true Damned fashion, the new songs stay faithful to their creators’ collective muse. So far, they sound primed to follow down a psychedelic path, Vanian offers, noting that the new album will offer some of the old and a lot of the new.

“There will be a measure of experimentation. Hopefully with Captain’s melodic guitars, we’ll have some good pop songs. But there will be a lot of music there, as well. It won’t all just be three-minute songs.”

It’s been a long road for The Damned, but Vanian still talks about the band’s future with the kind of excitement and conviction that severely undercuts their advancing age. Given the energy they still bring to what they do, Vanian can be forgiven for warding off the temptation to pat himself and his bandmates on the back. There might eventually come a time to pause and reflect, but it’s not here and it’s not now.

“I’ve always been able to stand back and look at the band as a separate entity,” he explains. “I can look at it and say, ‘Why didn’t this or that happen?’ But maybe that’s a reason that we’ve stayed together. We’re stubbornly determined to keep giving it a go.”

History Be Damned: Dave Vanian Moves Forward by Leaving the Past Behind