Iceland Airwaves thrills and mystifies with equal strength, offering a choose-your-own adventure for music fans everywhere. The magic of the festival tosses any sense of time right out the window, rewarding those with comfy shoes who swagger down the cobblestone streets of Reykjavík until dawn. There’s so much going on that you may be tempted to meticulously planned schedule, but your best bet is to imbue your sense in the astral infinity surrounding you, whilst catching everything you possibly can down below. Through venues, hostels, cinemas, swimming pools, record stores, and clothing shops, Airwaves builds a world where what you hear depends entirely on your own perspective.

Walking around Iceland feels like that moment in The Wizard of Oz when everything goes from black and white into Technicolor. The haunting, unclassifiable beauty of Iceland’s mountains, glaciers, volcanoes, and hot springs magnifies and entangles the music. The few hours of wintry sunlight are reflected in the darker electronics and weighted post-rock, while the country’s seemingly endless summer days bake the area’s chewy bubblegum pop and elated hip-hop. 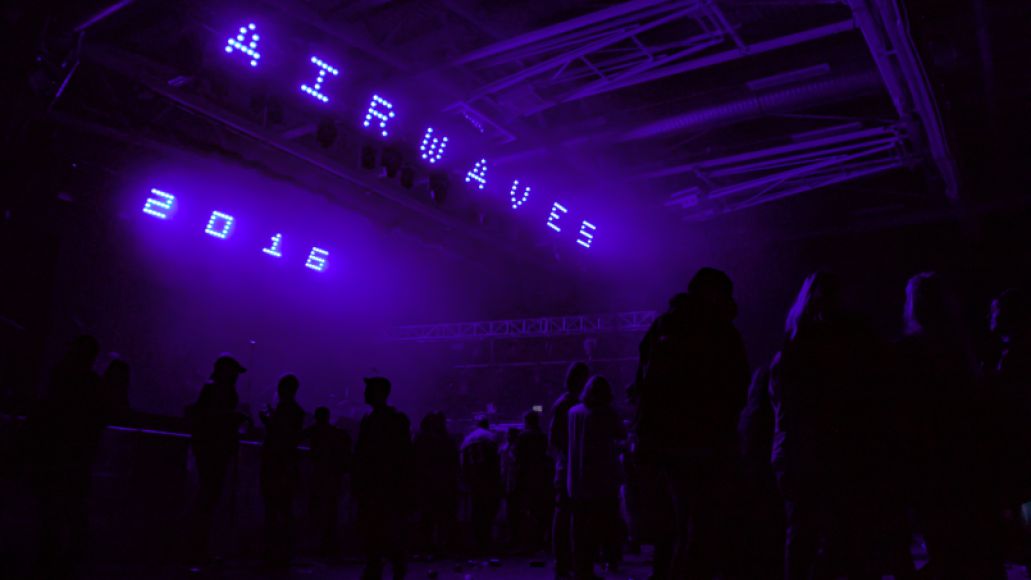 With 16 hours worth of music on a daily stretch, Iceland Airwaves really makes you think back on all the homogenized lineups that start piling up month after month on any given year. This is the antidote for the ordinary, chock full of incongruous pairings of grit, guts, and soul, where ambition meets invention, where a megastar like Björk can easily and logically coexist with some upstart punks called Hórmónar, and where rockers and ravers meet at the same juncture as reggae and rap.

There are so many intense microcosms of passionate musicians and fans at Iceland Airwaves, each with incredibly specific demands and desires. But when you step back and see the forest for the trees, it all looks like one giant churning collage of Iceland. The only way to truly reflect on the weekend is when you’re flying away, 10,000 feet up in the air, suspended in your very own time capsule, already a soupy mixture of nostalgia for the few days that have passed and excitement for the next drizzly, chilly, sublime year. 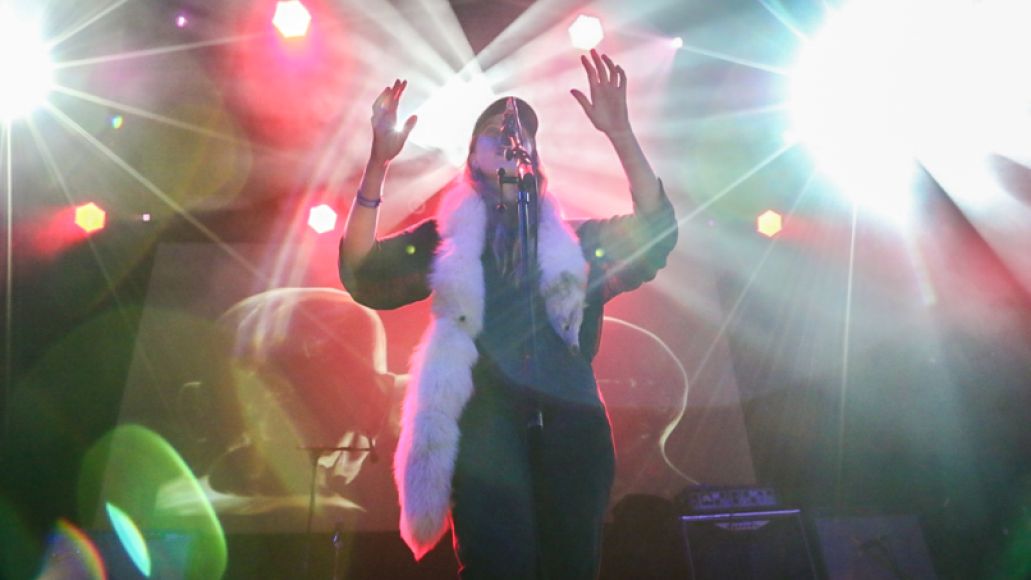 Though they arrived hot on the Icelandic scene without announcing their identity, Gangly were eventually revealed to be a supergroup comprising Sin Fang’s Sindri Már Sigfússon, Samaris’ Jófríður Ákadóttir, and Oyama’s Úlfur Alexander Einarsson. That they can still operate with a sense of mystery after the anonymity veil was lifted (once you perform live and unmasked, it can be hard to keep up that ploy, especially in a community as tight-knit as the Iceland music world) is a testament to the mystique of their slow-burning electronic R&B. They also continue to draw massive crowds to their intermittent performances (including more than a few other major musicians noted upon a quick scan of the room), even on the back of only two officially released songs in as many years. They do promise more material, and the duality of Einarsson’s vocoder-laden vocals and Ákadóttir’s rime-covered croon, the bewitching “Fuck With Someone Else”, and the interpolation of “No Scrubs” all bode well for a strong individual identity beyond their main bands, whenever that day may come. Like the black and gold 3D-generated animations project behind them, Gangly deliver something incredibly opulent but more than a little cold. 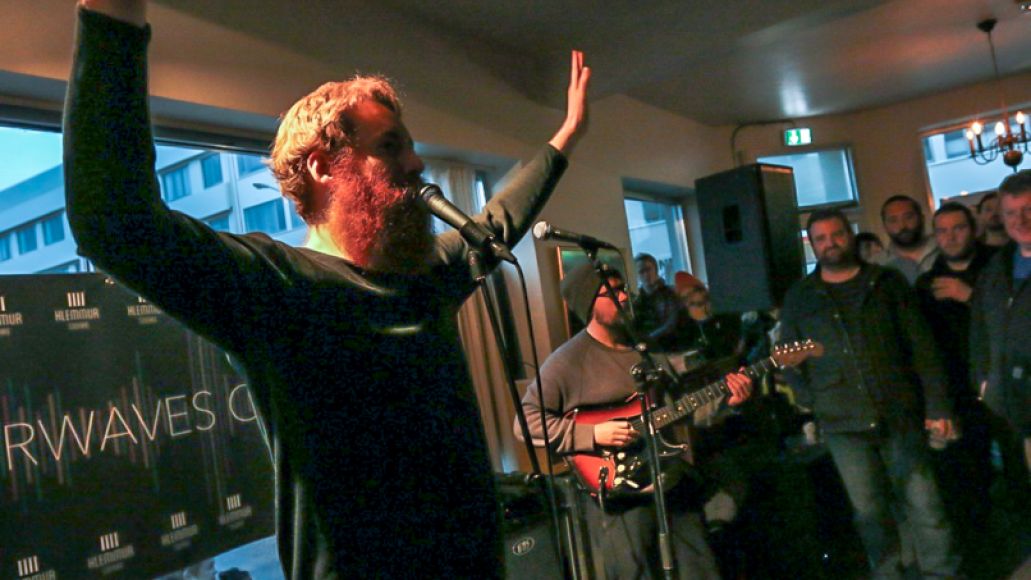 Rain fell down again Saturday morning. “Who has a hangover?” Berndsen asked, scratching his red beard. Hands shot up throughout the lobby that he and his band were playing in — a combination hotel loft, art space, and coffeeshop. “We’re going to cure your hangover,” he said with a grin and a nod. Like that, he peeled the mic from its stand and began pulsing in front of the store window singing “Supertime”. It doesn’t take long for Berndsen to climb through the crowd, belting notes out like Iceland’s own Matt Berninger without the levelheadedness of The National, often flitting into a vocal range on par with Robert Smith of The Cure, though perhaps that’s because the synths that hopped beneath him sounded like The Cure, too. It seems unlikely his blend of snappy electro-pop would ever cure migraines or drowsiness, but after each song, audience members began yelling out thanks, noting they felt better. 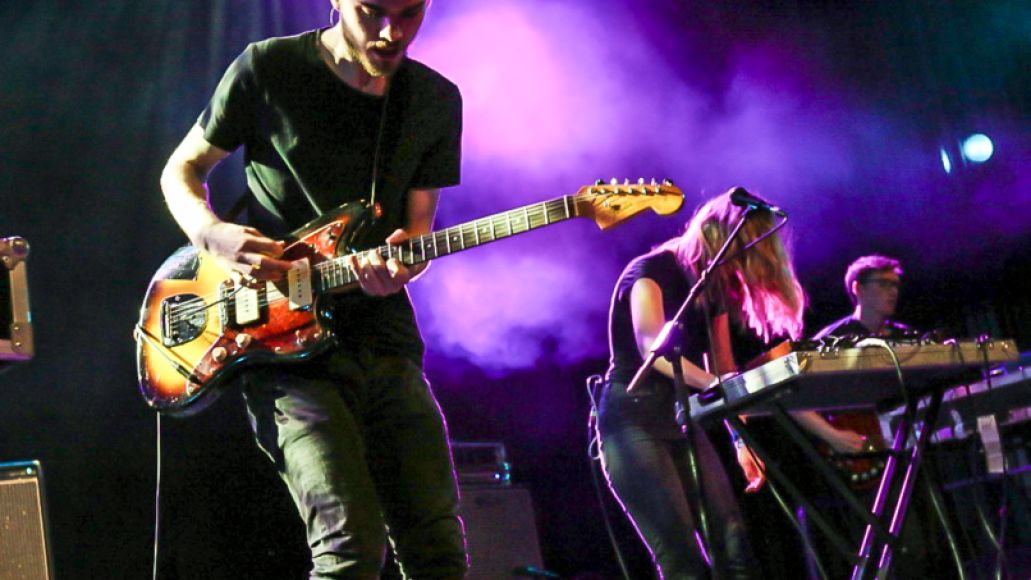 Even though it’s stuffed with variations and options, electronic music is difficult to style in an original way. Those who find their voice within the genre pick and choose, merge and mash, pulling a style from a digital instrument that rings truly as their own and theirs only. Vienna-based group Leyya manage to do exactly that within the alt-rock electronica realm. Faced with a large crowd at Harpa that only grew bigger, Leyya parted from their poppy sound on record to burst with a tougher edge in Iceland. Maybe it was the explosions of “Superego” or the creepy inching of “I’m Not There” that collapsed into a gorgeous storm of digital dust. Maybe it was the heavy crunches of “Butter” paired with the frontwoman’s sweet falsettos. Whatever it was that Leyya imbue in their music — that individualistic combination of groove, beats, and guitars — drew onlookers into the room, convinced them to stay, and had them clapping ravenously long after the band left the stage. 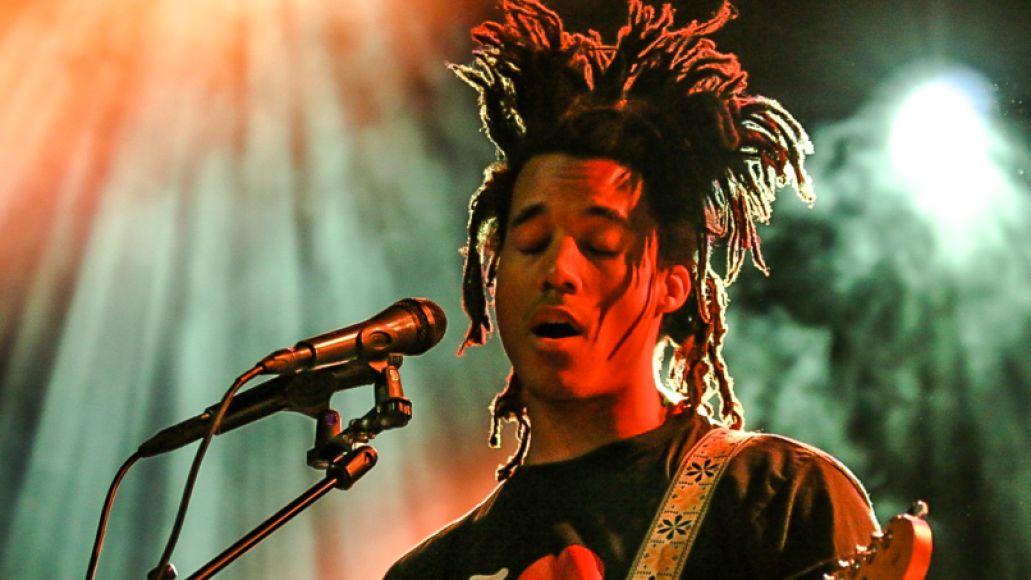 Conner Youngblood, the 25-year-old Texan native turned Nashville bedroom pop musician, stood on one of Harpa’s stages with endearing nerves between songs. “I don’t know what else to say about myself,” he said, head bowed with a smile spread across it. “I like dogs!” he offered. The crowd cheered; though, they would probably cheer no matter what. Thanks to his dreamy, layered music, everyone — even those sitting on the floor in the back — were in a trance. Youngblood filtered melodies and beats on “Confidence” and “A Summer Song” with the ease of tUnE-yArDs but the calmness of Sylvan Esso. And while his intimate songs certainly aren’t simple, they charm with utter ease, even when the guy’s sandwiched between rock acts and dance-heavy groups as he was at Airwaves. Altogether, Youngblood’s set stood out as the moment of rejuvenation many festivalgoers sought. 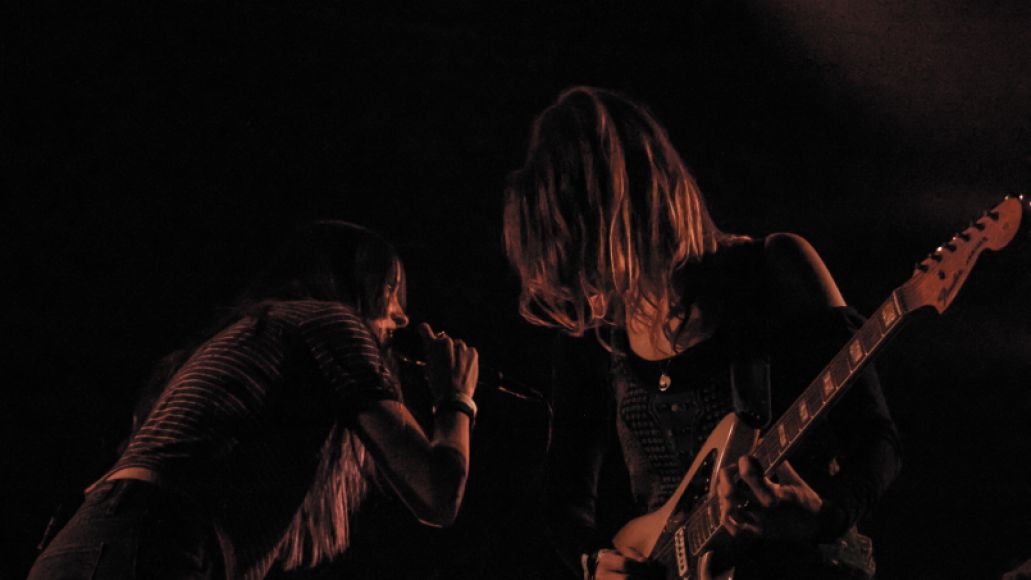 American and English acts tended to draw pretty heavily at Airwaves, and Warpaint’s Friday night set at home venue Harpa may have been one of the most difficult to get into. Listen: It may have been more of a challenge to get a ticket to see Björk, Múm, or PJ Harvey, but in pure physical body-space logistics, cramming through Harpa’s halls with the eager Icelandic fans to catch sight of the California quartet was not for the faint of heart. Those that made it through the claustrophobic confines were treated to a smoky, sultry set, and roared in appreciation for classics old and new. The propulsive “Undertow” remains an absolute stunner, but standout tracks from Heads Up like “Whiteout” and “New Song” received similar adulation. This was the band’s first time in Iceland, and the crowd made sure to give a warm welcome, the energy clearly fueling one of the groovier rock sets of the week.

Iceland Airwaves 2016: The 25 Most Exciting Performances