TeamKanyeDaily broke the news after noticing a cancelation notice posted on Ticketmaster. The show at LA’s Forum was actually a rescheduled date from when West brought his November 3rd concert at the same venue to an early end due to his loss of voice. He had promised to make it up to fans when he could “do better,” offering those who hadn’t requested refunds entry to tonight’s show, as well as giving away free tickets to local inner-city schools and music programs.

However, it looks like those disappointed fans will once again be asking for their money back. (Ticketmaster is promising full refunds at point-of-sale.) West has yet to give a reason for tonight’s cancelation, which leaves us asking the same question Snoop Dogg did earlier today: “What the fuck is he on?” 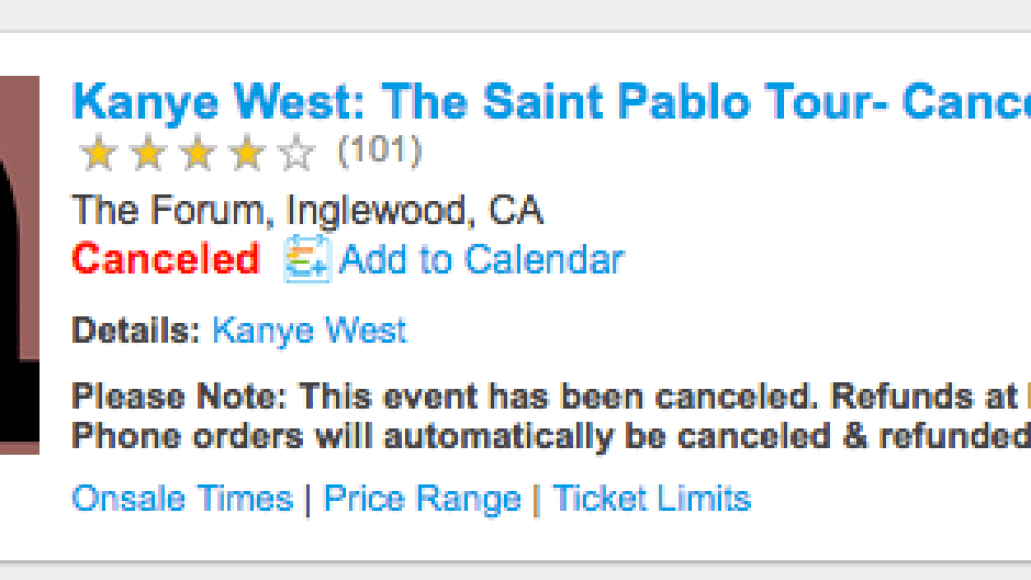 Kanye’s next concert is scheduled for Tuesday night in Fresno. As of now, the date is still on as scheduled. Ticketmaster has also announced that they’ll be issuing refunds for the show West cut short in Sacramento. In a mass email sent to attendees, the ticketing website said they “will automatically refund your entire order, including fees…” Ticket holders can also choose to wait 48 hours to see if Live Nation will reschedule the show, at which point anyone who hasn’t requested a refund can get a new ticket for free.

Read Ticketmaster’s email below (via XXL): 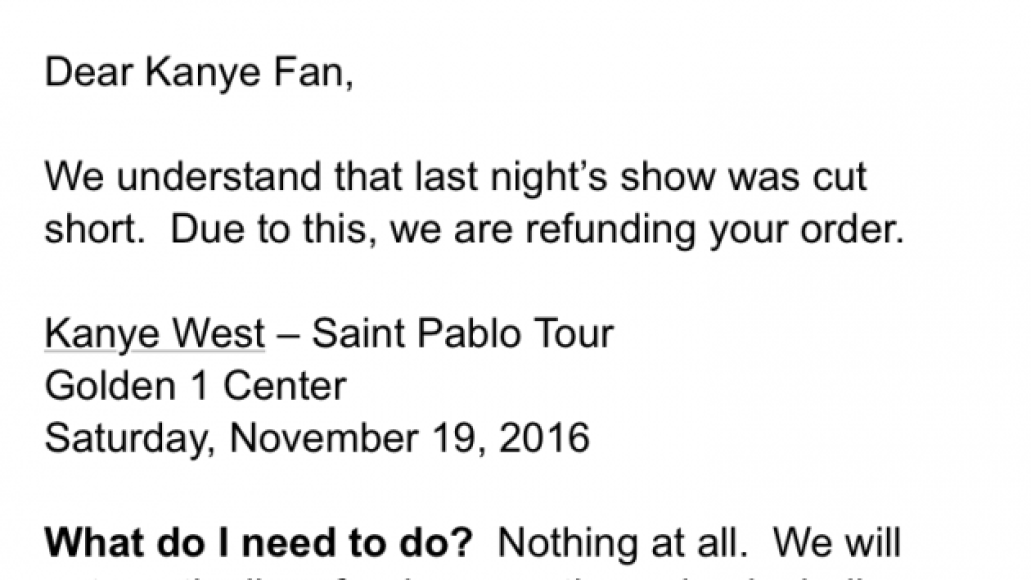 Black Label Society Announce 2021 US Tour with Obituary and Prong