The 2016 election has come to a close, at long fucking last. What does that matter? Consequence of Sound isn’t a political site, we’re not here to chew on politics. We’re here to bring you horror movie rankings and album reviews and news about Marvel movies and the occasional update on the Katy Perry-Taylor Swift feud. So, apropos of absolutely nothing at all, we’re now here to tell you about our personal pop-culture life rafts.

When we find ourselves in times or trouble, art matters even more—and some of the most meaningful stuff wouldn’t be filed under ‘challenging.’ The Lobster is a tremendous film, but you won’t find it here. Radiohead puts out astonishing work, but OK Computer ain’t comfort food. Everyone’s got a movie, television show, album, or book they turn to when they’re sick. Everyone has a go-to film or series to pull up when the blues come knocking at the door. And all of us, as it turns out, have something we want to mainline when the whole damn country gets fucked and fucks up. In a totally apolitical way, naturally.

Art can challenge and inspire—and it’s worth noting here that an assault on the arts is an assault on us all, and you should support your local artists with your eyes and wallets whenever possible—but it can also comfort. We re-read Harry Potter and the Prisoner of Azkaban or dive into a Golden Girls marathon not because we’re looking to grow as humans, but because sometimes a mind needs a little room to breathe. Like a big bowl of mashed potatoes, a pint of ice cream, a cozy sweater, or a warm bubble bath, we turn to Mary Poppins, Sam Cooke, or My So-Called Life to feel OK, or at least less terrible, only for a moment.

So, here are ours. Whatever you do today, we hope you find a chance to crawl into the warm embrace of a story or song you love. There’s no shame in hiding from the world for a bit. We would know—we wrote this list just to feel a little bit better.

As ballot numbers swelled on the TV screen last night, it was hard to feel like an individual vote — like my individual vote — counted for much against the weight of who the country wanted to elect. It’s a feeling of suppression, of defeat, of fear, something that renders you, for however long, numb. There’s no medium of entertainment that can singlehandedly save you from that feeling, especially when it stems from a political event at divise as this one. And yet, there’s artwork that reminds you of the other side. The goodness present in School of Rock, as trivial as it sounds, brings me peace of mind every year that I watch it (including the roadtrip where I watched it three times in a row). Richard Linklater’s film is over a decade old, but it continues to inspire me like it did on its first viewing.

Some slacker dude stands up for kids by encouraging them to realize their own talents, often beyond the instruments they’re playing. Equal emphasis is placed on the importance of introverts (Zach, the guitarist), women (Summer, the band manager), sexual orientation (Billy, the band’s stylist), race (Lawrence, the keyboardist), weight (Tomika, the incredible backing vocalist), and age (Gordon, the lighting technician). Sure, it’s a musical comedy, but School of Rock is also a film about balancing the playing field, about self-worth, and about mutual respect, no matter who it is that’s under question. Watching middle schoolers strengthen the differences that make them crucial to a larger community, even if their parents and society at large discourage them from honing their skills? Sometimes that’s what you need to remember positive change comes when we support one another’s differences. –Nina Corcoran
__________________________________________________________ 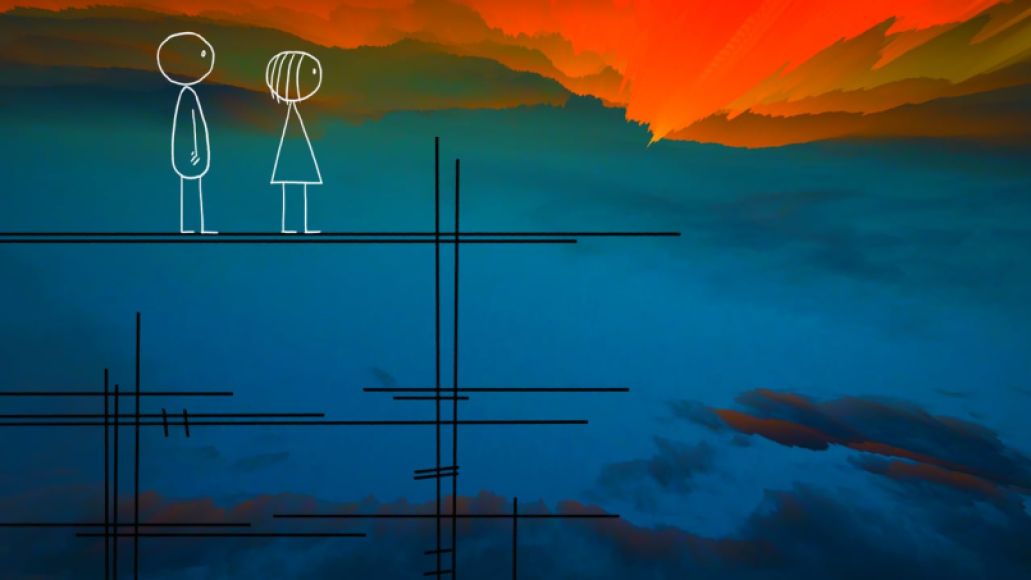 Okay, so on its face, World of Tomorrow isn’t the most optimistic thing to watch when it feels like the world is going mad and cheering the process on all the way. Don Herzfeldt’s acclaimed 2015 short film envisions a future in which lives are mostly mediated through technology, where people go to museums to watch memories of older generations watching memories and live in solitude in every sense of that word. Feels a lot like today, and not in that weird, kind of point-missing “the world feels like Black Mirror right now” sense everyone is rallying around at the moment. But for all of the film’s profound existential sadness, wistful for a bygone world that people can’t even really remember but know they deeply miss, its final sentiments offer the kind of hope that doesn’t come easy in times like these.

“Do not lose time on daily trivialities. Do not dwell on petty detail. For all of these things melt away and drift apart within the obscure traffic of time. Live well and live broadly. You are alive and living now. Now is the envy of all of the dead.”

Optimism isn’t coming easy and it won’t for a while if you actually care enough about the people around you to see how bad today is for so many of them. These aren’t petty details or trivialities in the sense that people stand to lose a profound deal more than so many millions of voters realized. But the hope will come, because people still have to get in cars and go to work and pretend like things are okay. Have to. And in time, we’ll be reminded of all the things that make people feel the compulsion for hope in the first place, and will feel that again, and will build a world that offers more of it. Alive and living now. –Dominick Suzanne Mayer
__________________________________________________________

Are You Being Served?

In my experience, we don’t really choose our pop-culture life rafts. If so, this feature would simply be a list of our favorite films, records, and television shows. Are You Being Served? doesn’t tick any of those boxes for me, and yet it’s as important to me as any other bit of pop culture out there. While it may be a campy, farcical, no-stakes Britcom set in an antiquated department store where racy double entendres and slapstick antics are requisites for employment, I accidentally first wandered through those “lift” doors at my most heartbroken and vulnerable and left with a laugh. That heart has long since mended, but I still find myself turning to that randy floor walker, fabulous menswear assistant, and multicolor-haired old cow on mornings like this one. No matter how inescapably bleak things might look, a 30-minute shopping trip to Grace Bros. and “I’m free!” –Matt Melis
__________________________________________________________ 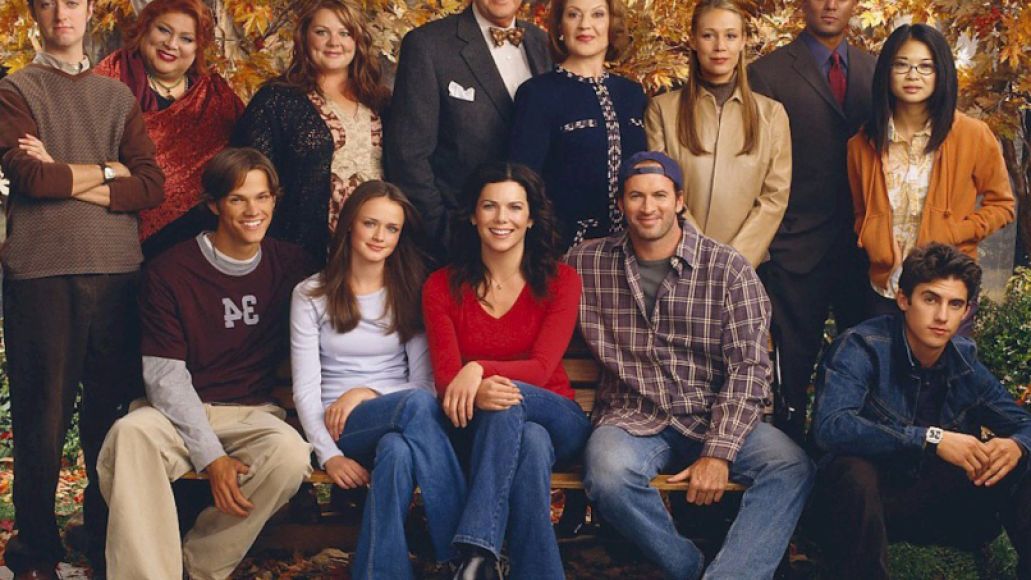 My usual go-to for when things get terrible is Mary Poppins, a film that, like its heroine, is practically perfect in every way. Not this time, though—I’m pretty sure “Sister Suffragette” won’t be bearable for me any goddamn time soon. No, at 5 a.m. I turned to the warm embrace of Gilmore Girls. There are some real assholes in Stars Hollow, and town selectman Taylor Doose is a real dick, truth be told. But the citizens of Stars Hollow care deeply about their town and about each other.

They value smarts, loyalty, and kindness. They love festivals and diner food. Best of all, Lorelai Gilmore is a single mother who never fucking apologizes for taking care of TCB. She demands respect, because she knows she’s earned it. She raises a daughter with love and compassion, but reads her the riot act when she undervalues herself. She lives her own goddamn life, and since that world is fictional, she doesn’t have to feel hated today. She’s just ready for that next cup of coffee, and she’d love you to throw in a donut, please. –Allison Shoemaker
__________________________________________________________

Cat Stevens’ Teaser and the Firecat

My mother called last night as the results were rolling in. Choking back her sobs, she apologized for the future of the country (as if she had anything to do with it) and in that moment I couldn’t focus on the racism or the homophobia or the exceptionalism that fueled this surreal nightmare of an election. All I could think was, “Donald Trump, you’ve made my mom cry.” Today I’m listening to my vinyl copy of Cat Stevens’ Teaser and the Firecat, a record I’m pretty sure I stole from my parents years ago when they weren’t looking. 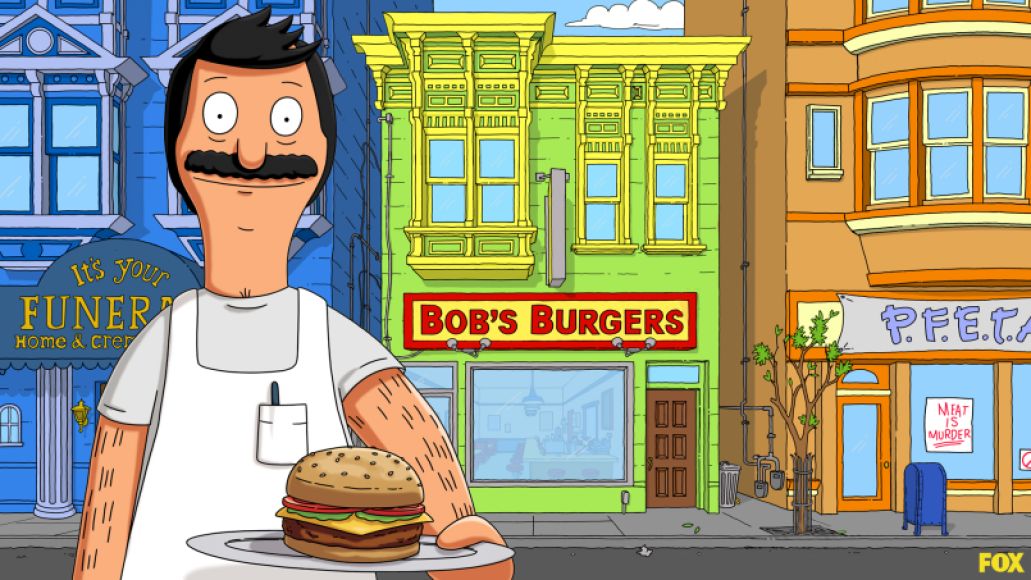 Bob’s Burgers is my happy place. Cartoons generally hold a special place in my heart, but none has become such a crutch as the exploits of the Belcher family. Bob’s Burgers is particularly adept at handling both the whimsy and wonder of childhood and the struggles of adult life in a way that makes the story fun and have heartfelt meaning, without devaluing the stakes of either half or making either self-serious. As a cartoon sitcom, each episode’s problems wrap up in a satisfying way, with tons of jokes along the ride. For every exploration of a marriage stuck in a rut there’s a keyboard fart sound.

Ambient music is my favorite, not just because it’s beautiful but because it’s often the only thing that can calm me down. I’m prone to panic attacks and overwhelmedness and a general sense of misplaced urgency that hampers reflection. When I first heard Brian Eno’s 1978 album Music for Airports, a record that doubles as a thesis statement for the genre, I just about drifted away. For 17 minutes or so, I sat at a desk in front of a blinking cursor, somehow content with just sitting. The best ambient music sends you into slow motion; it strips away the urgency so you can simply be, if only for a few precious minutes. It was the first thing I listened to this morning. –Randall Colburn
__________________________________________________________ 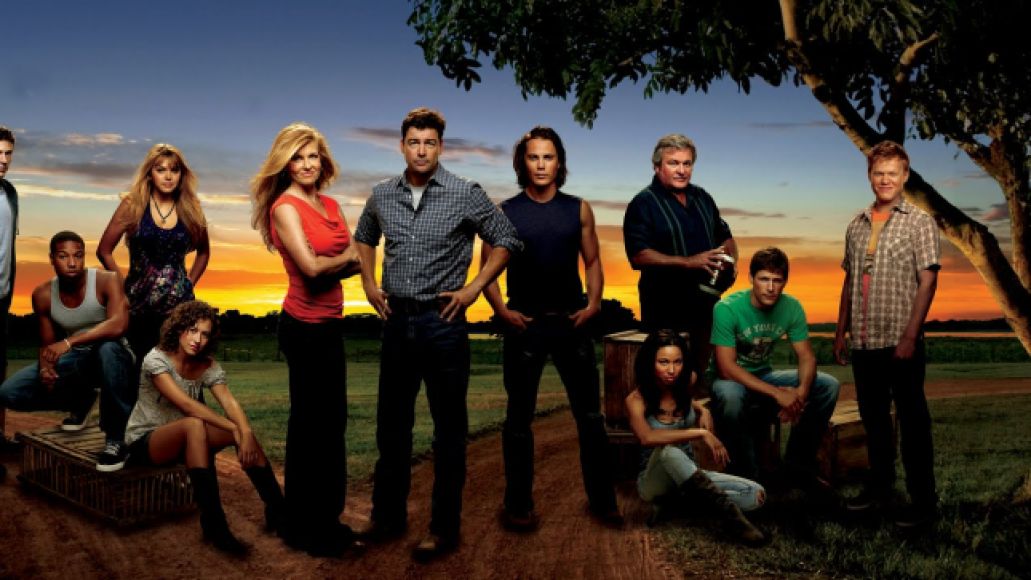 Let me tell you something, when the going gets rough, there’s nothing more warm, nothing more comforting, and nothing more inviting than Friday Night Lights. Peter Berg and Jason Katims’ award-winning television series left the airwaves over half a decade ago yet its impact is still being felt. Reason being, those who watched the show, either when it originally aired or when it hit Netflix years later, have a hard time saying goodbye to the friendly confines of Dillon, Texas. The show’s incredible series finale bruises the heart like the last day of the greatest, dreamiest high school, where the halls are filled with good-natured spirits that want the best from you. So, we often return for seconds, thirds, eighths.

Much of this addiction has to do with the show’s richly developed characters and their palpable strengths and weaknesses, from Matt Saracen’s bottled-up despair to Tami Taylor’s loving determination to Tim Riggins’ oft-silent heroics. Of course, none of this matters without the eternal wisdom of Coach Eric Taylor, who could turn any kind of nasty defeat into the first chapter of a sobering, life-affirming recovery. There isn’t a week that goes by where I don’t revisit this rousing speech: “Every man at some point in his life is gonna lose a battle. He’s gonna fight and he’s gonna lose. But what makes him a man, is that in the midst of that battle he does not lose himself.” Basically, I keep getting up. –Michael Roffman