2016 was a rough year for all of us. Each week seemed to rip something cherished or someone influential away from us forever. And yet, even as the impermanence of life’s joys became all too apparent, music remained a constant source of solace. And for those of us whose tastes lean towards all that is heavy and harsh, we were met with plenty of fantastic releases this year through which to vent our various frustrations and despairs. As Jon Hadusek and I have written on our previous lists these past couple years, metalheads are in the midst of a metal renaissance where bands, veterans and newcomers alike, continue to defy labels and genre tropes by seamlessly combining influences into something new and exciting. The Body’s pop phase is still turning heads, Oathbreaker embraced post-metal, a genre which Alcest continues to redefine, and Astronoid used elements of post-rock, shoegaze, and emo to create one of this year’s most uplifting albums.

Below you’ll find our 10 favorite metal albums released this year. These are the albums that have absolutely captivated us and aided us in our search for escapism, creativity, and self-discovery. And after everything 2016’s thrown our way, we hope they do the same for you.

Massachusetts’ Astronoid have taken post-metal to stratospheric new heights with Air, their aptly named first full-length. Every part of this album feels light to the touch with its ethereal reverb and Brett Boland’s clean and yearning vocals, and yet the sound itself feels like flying at supersonic speeds high above the clouds. The shoegaze riffs are major-keyed, melodic, and blisteringly quick as they perform aerobatics on all sides, and ex-Vattnet drummer Matt St. Jean is more than able to keep pace.

It’s no mistake, either, that Astronoid bring to mind fellow New Englanders Vattnet as guitarist Casey Aylward serves as their current bassist and Boland himself acted as their touring bassist. Last year, we called Vattnet’s Settler the “most optimistic album” on our list, and it seems that now Astronoid has joined them among the ranks of purely triumphant post-metal, because shredding has rarely been this inspirational. –Sean Barry

The sort of emotional turmoil that arises immediately after a separation can inspire varying states of thought, being, and creation. For Oathbreaker, it brought about the elements that would lead to one of this year’s most remarkable post-black metal albums. Knee-jerk reactions would categorize this Belgian quartet as Deafheaven-adjacent, but the band’s post-hardcore past lends itself well to notably harsher riffs, panicked vocals, and an existentially broader scope from which to pull.

Favoring to lash out through self-deconstruction rather than melancholic or outright vengeful lyrics, vocalist Caro Tanghe presents the pieces of herself through trembling pleas and harsh cries that demand presence from all involved. Meanwhile, torrential riffs form discordant maelstroms that surround her voice and only relent for Tanghe to rise up even more spiteful and menacing than before. Rheia is an uncompromising album that constantly lies to listeners about the amount of comfort it’s willing to provide, which as it turns out, is very little. –Sean Barry

08. Ustalost – The Spoor of Vipers

Last year, Yellow Eyes’ Sick with Bloom found a spot high upon our list of the Top Metal Albums of 2015, and this spring, the band’s founding member, Will Skarstad, under the moniker Ustalost, released his first solo album, which we met with the same enthusiasm. With gloom-soaked synth chords acting as its overture and ghostly choirs heralding its commencement, The Spoor of Vipers is noticeably more medieval than any previous Yellow Eyes release. Although, that’s not to discredit Skarstad’s expertise at constructing melodic chords that shimmer and shift with progressive purpose. It merely seems that as Ustalost, Skarstad’s riffs prefer to echo and reverb off of stone walls rather than extend their reach into some great Northern wood. The Spoor of Vipers thrives within this confined space, and its Dark Ages fixation is a welcome, albeit surprising, retreat from Yellow Eyes’ romanticized naturalism. –Sean Barry

Portland’s Eight Bells are the breakthrough act on our list. After dropping their sophomore album, Landless, which was recorded by legendary producer Billy Anderson, the band landed major supporting slots for Voivod and SubRosa — and deservedly so. Landless is a vast and enthralling record. Not unlike Northwestern scenemates YOB, Eight Bells create yearning epics, trembling with existential dread and romantic nihilism. Their prog-inspired arrangements move fluidly between melodic guitar lines, spacious choral doom, and scorned howls — the first two tracks, “Hating” and “Landless”, being the strongest examples of the band’s diverse palette. Landless feels like a step forward for modern metal; it’s a record that’s challenging in its musical ideas yet grounded in comforting tonalities and atmospheres. –Jon Hadusek

Escaping into a fantastic world that closely borders some mystical realm where our mortal struggles are sought after by otherworldly, malevolent beings, we find Denver’s Khemmis, whose second album, Hunted, reigns as our favorite doom album of 2016. Listeners are lulled into a gentle nightmare from the opening chords and are subsequently led across torrential rivers and into candlelit dungeons guided by Phil Pendergast’s heroic vocals and the band’s valiant melodies.

Like some Dungeons & Dragons campaign where death itself is a mightier foe than a demogorgon, Hunted engrosses the imagination and demands fearlessness. Khemmis seamlessly traverses through doom’s darkest and grimiest depths as well as classic heavy metal’s victorious battle calls. The opening riff on the album’s sprawling closer, “Hunted”, is enough to prepare any metalhead for the final battle against death’s inevitable approach, even though the track itself makes no mistake about the final victor. –Sean Barry

Shouldering the sonic and thematic weight of funeral doom while impassioned by the scorched-earth visions of black metal, Mizmor’s Yodh ranks highest among this year’s heaviest albums. Here, sole member A.L.N. has created an immense work of despair and existential dread, and while a genuinely exhausting listen from beginning to end, Yodh never stales. Its five tracks (none of which come in under 10 minutes) are all journeys in their own respect, with progressive time signatures and surprising stylistic shifts to maintain listeners’ undivided attention. For example, the opening track, “I. Woe Regains My Substance”, contains an explosive d-beat interlude that is born from feedback and cast out to breathe new life into the track’s finale. Each listen of Yodh guarantees a new discovery, either within the music or deep within oneself, and as a result, it is one of this year’s most remarkable works. –Sean Barry 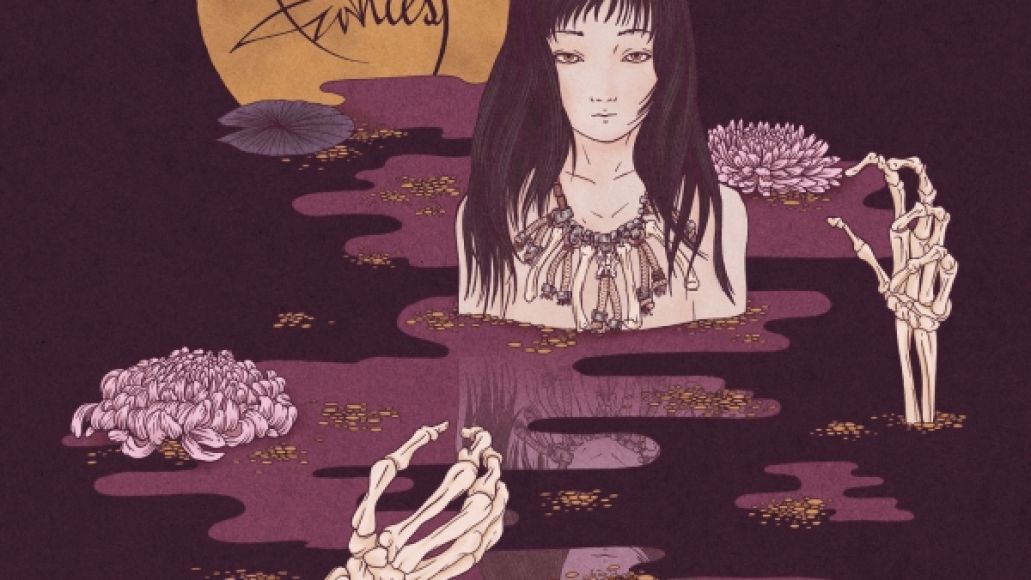 Kodama is a return to form for Alcest. After indulging their poppier tendencies on 2014’s Shelter — so far as to draw comparisons to Coldplay — the blackgaze pioneers have found the ideal middleground. Tracks like the soaring “Oiseaux de proie” (“Birds of Prey”) drift seamlessly between sing-songy beauty and the major-chord, blast-beat black metal of the band’s early records. For those who thought Souvenirs d’un autre monde couldn’t be topped, listen to Kodama. There’s a reminder here that everything will be alright. That message might seem impossible or futile, but Kodama exists against all that is retched. It’s a reminder to love and be loved … and that metal can be lavish and sentimental and still fucking shred. –Jon Hadusek 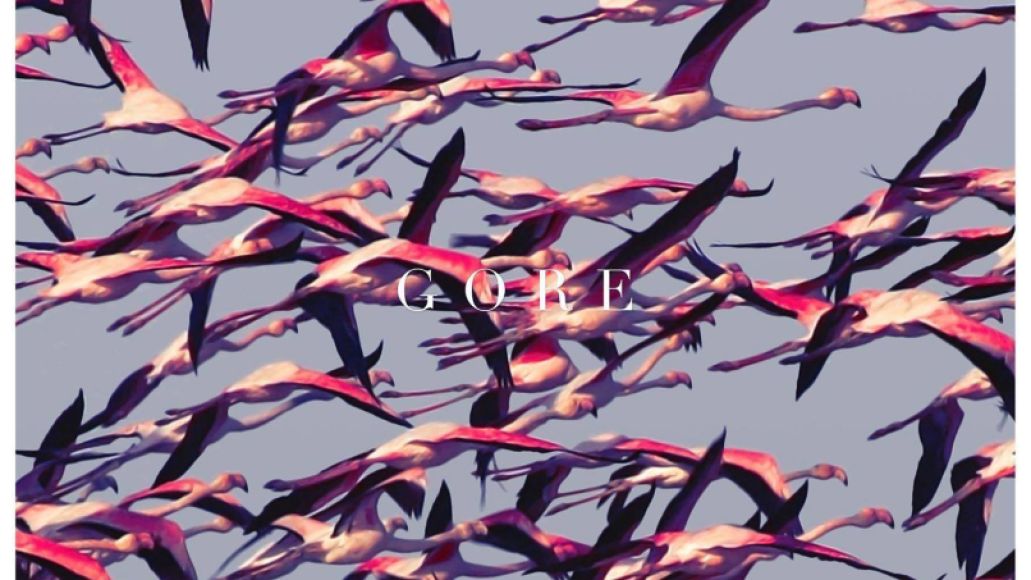 Gore is the record Deftones have been working toward since they started dabbling in spacier textures with Saturday Night Wrist. No, it’s not as riffy or agro as the old shit, but perhaps that’s for the better. Deftones aren’t that band anymore. As its members age and grow and live through new experiences, the sounds change — as do the people making those sounds. What informs their art changes. Chino Moreno has always been a master of the melodic metal vocal, cutting through the mix with his soaring tenor. Now, he has a bed of melody behind him.

Apparently guitarist Stephen Carpenter threatened to exclude himself from the album — perhaps out of fear of this new direction — but we’re fortunate he didn’t. Even with all the blissed-out, textural shoegazing on Gore, Carpenter gets his riffs in, and that’s what makes this album reach transcendence. He keeps the songs beguiling and kenetic despite their tendency to drift into Chino’s current default of moody ambience. Gore is the beauty of collaboration in effect: two empathetic artists combining their tendencies into one unified sonic force. –Jon Hadusek 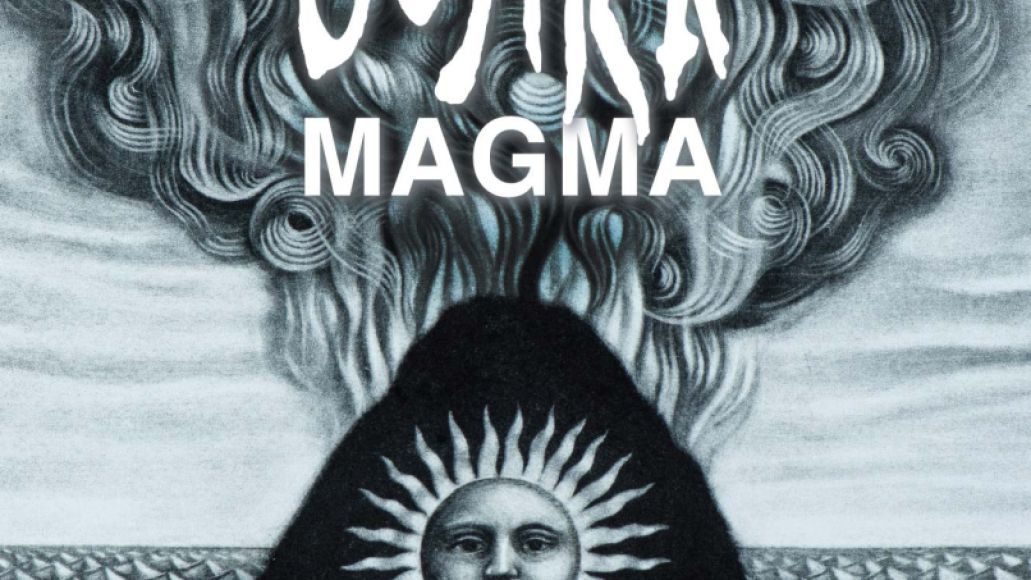 If there’s a record that defines the varied sound of metal in 2016, it’s Magma. It was born of change and grief: The Duplantier brothers relocated their families from France to NYC prior to making the album. There they began anew, building their own studio and adjusting to fast-paced American life. In the midst of all this, their mother died. Joe and Mario Duplantier came to rely on Gojira and the creation of Magma as their method of coping. “Therapy” was how Joe described it during an interview with LiquidMetal XM.

Often lumped under the “progressive death metal” umbrella, Gojira hone a less definable sound. This isn’t From Mars to Sirius, and it doesn’t pretend to be. The most accessible Gojira album to date, Magma is full of hooks and grooves, wearing its love of Meshuggah and Deftones proudly. Each track, from crusher “The Cell” to the spacey “Low Lands”, has its own mood and personality, teeming with hooks and atmospheres. “Silvera” showcases the duality of Joe’s guitar and Mario’s drumming, which consistently impresses throughout the album. It’s a record they had to make. It might just be their best. –Jon Hadusek