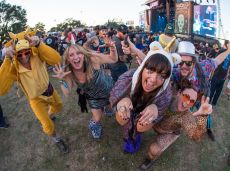 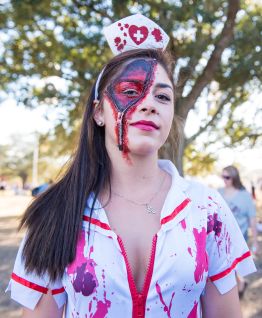 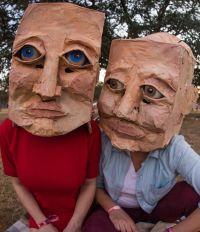 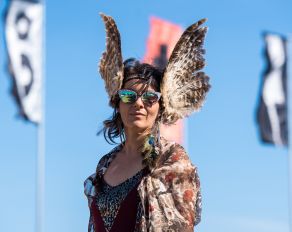 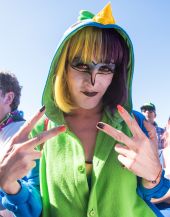 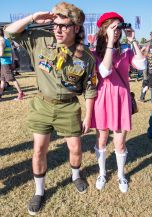 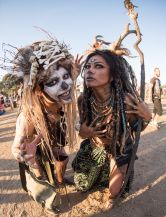 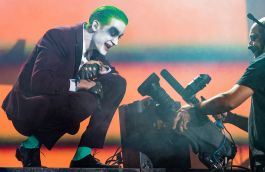 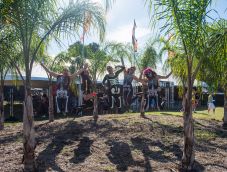 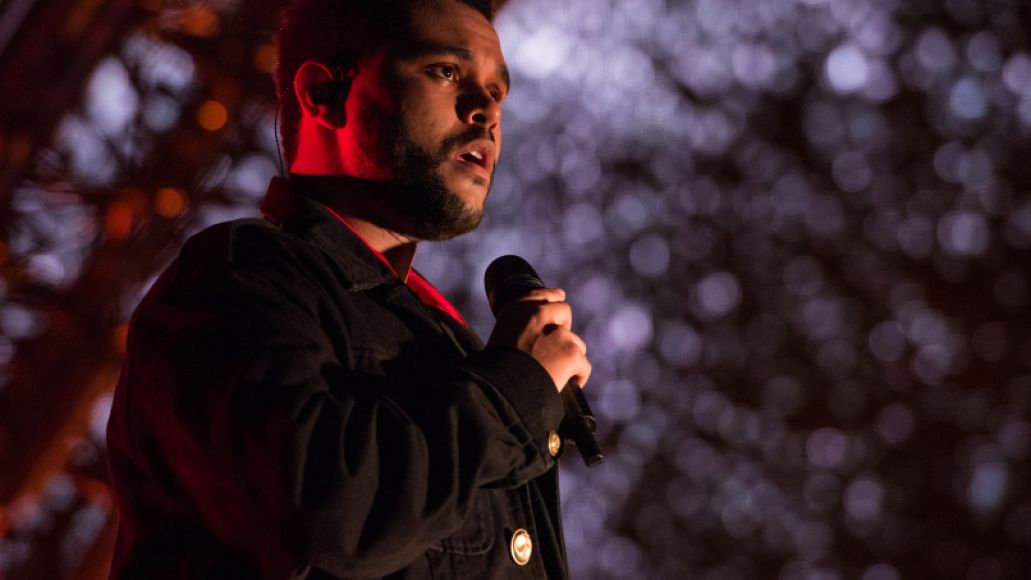 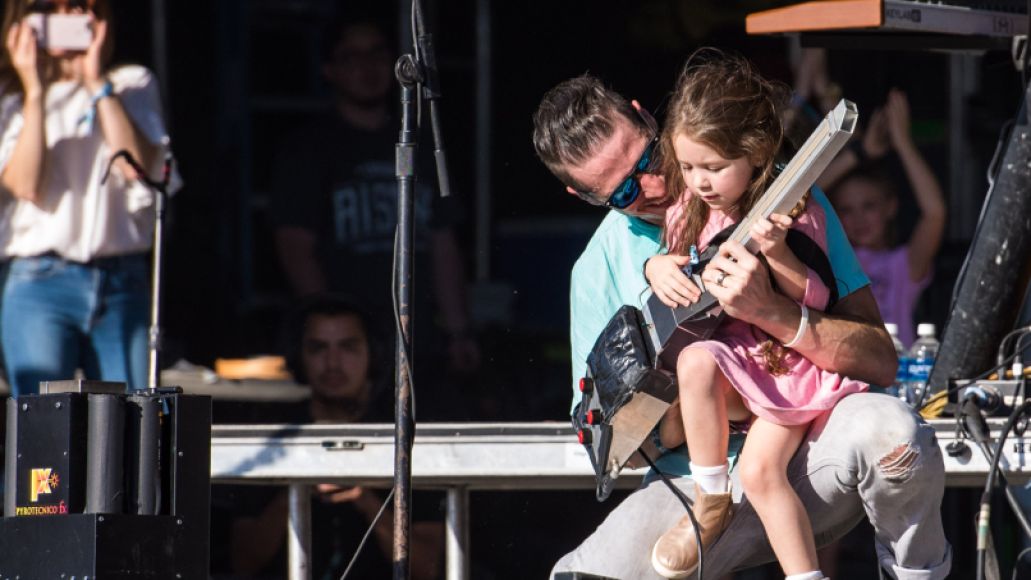 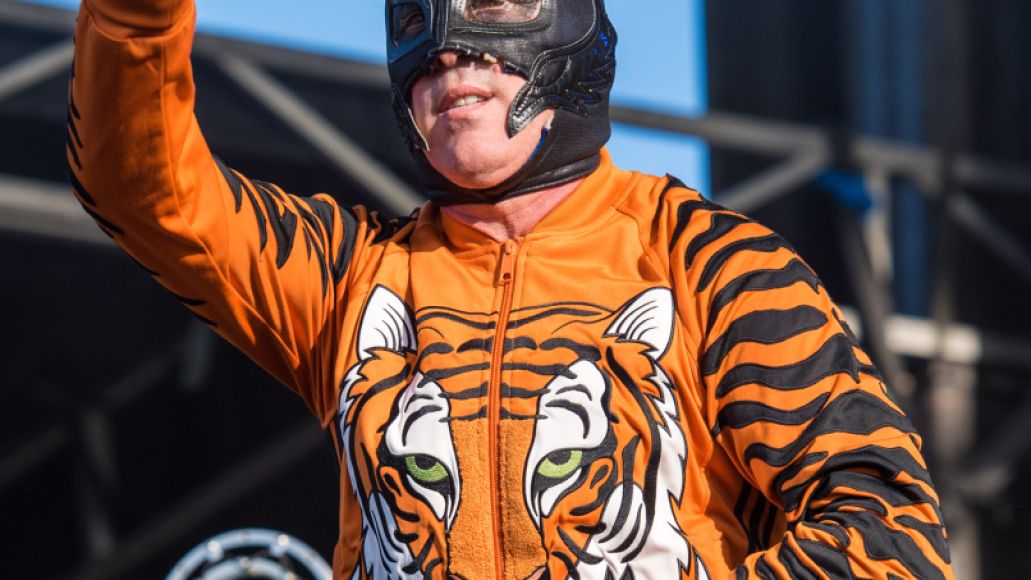 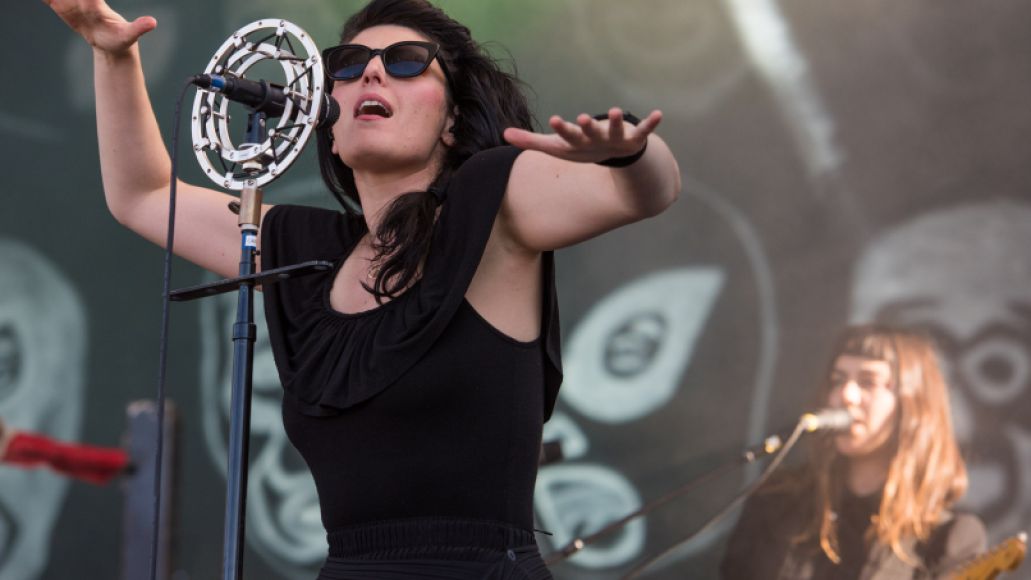 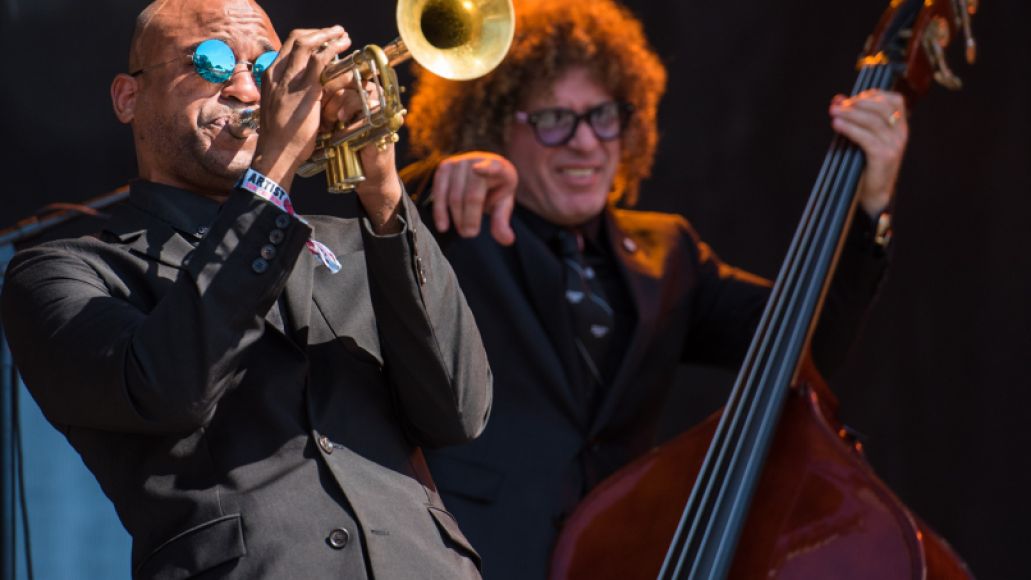 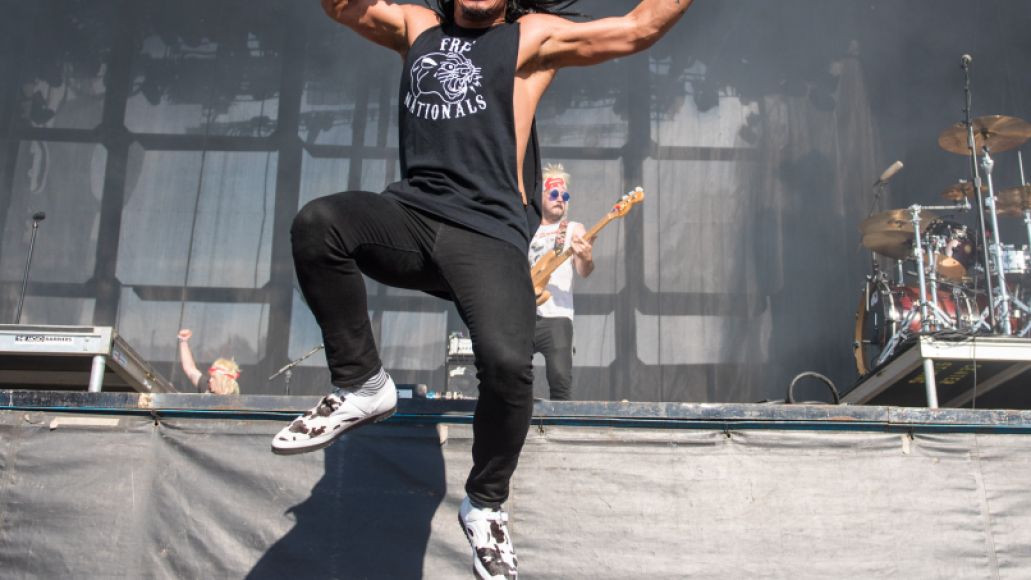 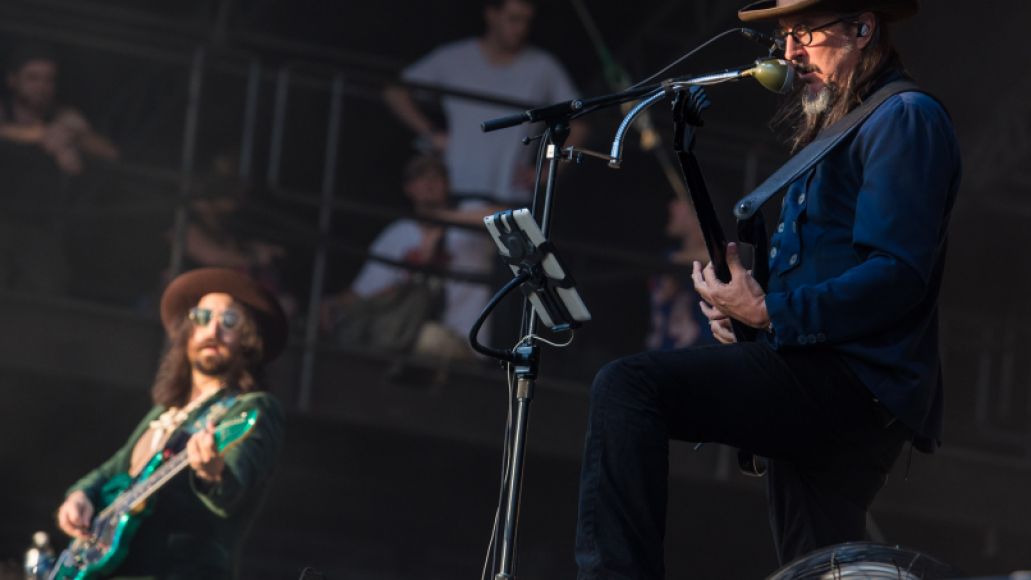 It’s already uncanny how much Sean Ono Lennon’s voice sounds like his late father, John Lennon. Yet when it’s paired alongside Les Claypool’s creepy snaps and snarls for their collaboration The Claypool Lennon Delirium, one might start to hear the sinister sonic signatures of, say, Sgt. Pepper’s Lonely Hearts Club Band. Granted, the music they make errs on the side of uplifting, with Claypool emanating more feel-good vibes than he ever does with Primus.

Intermittent smiles from both players throughout Saturday’s set confirmed those sentiments. Along with various textures – a talkbox for Lennon (“Breath of a Salesman”); funky, bow-produced standup bass lines from Claypool (“Boomerang Baby”); a top-hat-wearing keyboardist and drummer — the band hypnotized their audience with a palette of psychedelic sounds as varied as the sunset hues glowing around them.

Though Claypool did don a pig mask for one tune (kinda in the Halloween spirit, though he uses it routinely), neither songwriter is much of a showman in this outfit, relying more on their powerful live proficiencies to captivate their crowd. To that end, one-two renditions of Pink Floyd’s “Astronomy Domine” and The Beatles’ “Tomorrow Never Knows” rounded out the performance in spellbinding fashion, with Lennon adding waves of borderline metal guitar licks to the latter’s cacophonous, cathartic conclusion.