Don’t go searching for meaning in the title of “Dover Dog”, the latest single from San Antonio psych rock outfit We Leave at Midnight. “The title is completely irrelevant to the lyrical content,” admits the band. “It started as an inside joke on tour but a week later we were recording it live for a Daytrotter session and needed a title.” Brilliance is often the result of accident and circumstance, so we won’t hold it against the guys for not letting us in on the joke.

Especially when the song itself is so damn inviting. There are lots of individual pieces to isolate and enjoy in “Dover Dog”, from the bouncy piano melody in the intro to the bright, slippery bassline that takes over at various points in the verse. “Swirling” may be an overused term when it comes to psych pop, but it applies here; the song’s various parts drift in and out of focus, though they seem united by an undefinable logic that may well be one of the band’s other closely guarded secrets. Listen to “Dover Dog” below.

“Dover Dog” appears on We Leave at Midnight’s forthcoming The Holy Rolling Flower Band LP, due out December 9th via Texas Is Funny Records. Check out the album artwork and tracklist below. 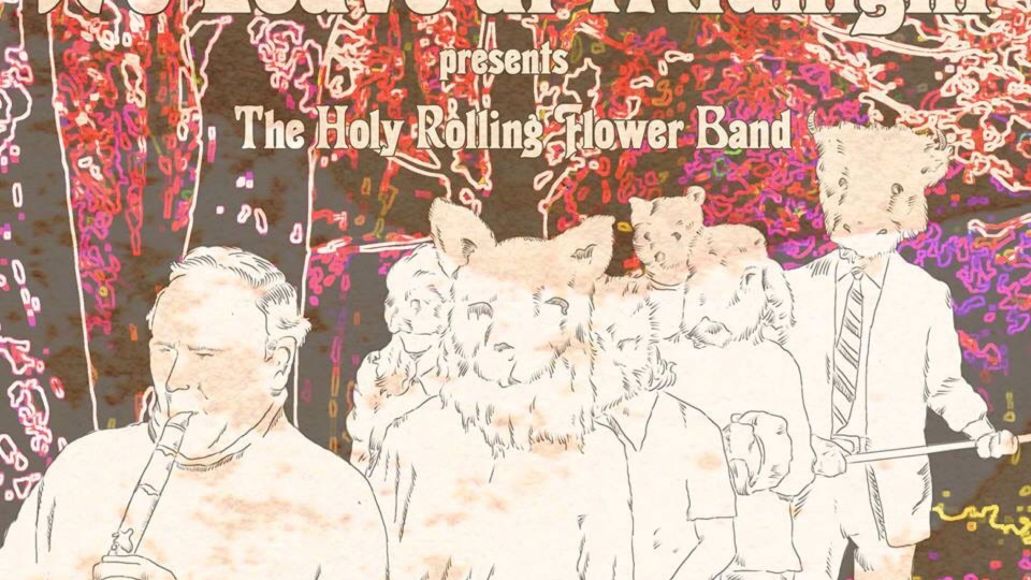