Critics and fans have been diagnosing the death of indie rock for years now, often to no avail. The Guardian was describing the genre’s “slow and painful death” as early as 2012, and it didn’t take long for publications like Grantland and Noisey to produce their own accounts of indie rock’s whimpering demise. Beyond the critical sphere, rock legends such as Flea and Roger Daltrey have begun to eulogize the genre in recent months. The consensus seems to be that, even if it’s not entirely dead, the glory days of indie rock are long gone.

So, what happened? Glance through the arguments listed above, and you’ll find reasons that include everything from sales to style to sheer boredom. But there’s one underlying reason not too many people seem to be talking about: The downfall of the band as the centralized unit in rock music.

Just look at the most prominent and critically acclaimed artists releasing music in the genre today. What do Mitski, Angel Olsen, Bon Iver, and Car Seat Headrest all have in common? Aside from the fact that they’ve all released very strong indie rock albums in 2016, they’re all predominantly viewed as solo artists. This would seem to indicate a new trend. A growing number of artists in their 20s and 30s have opted to either strike out on their own or front “bands” in which the other members are less collaborators and more backing musicians. This is a far cry from what was going on during indie rock’s glory days of the mid-aughts, when full-fledged bands like Arcade Fire, Animal Collective, and The National were releasing albums hailed as modern classics. 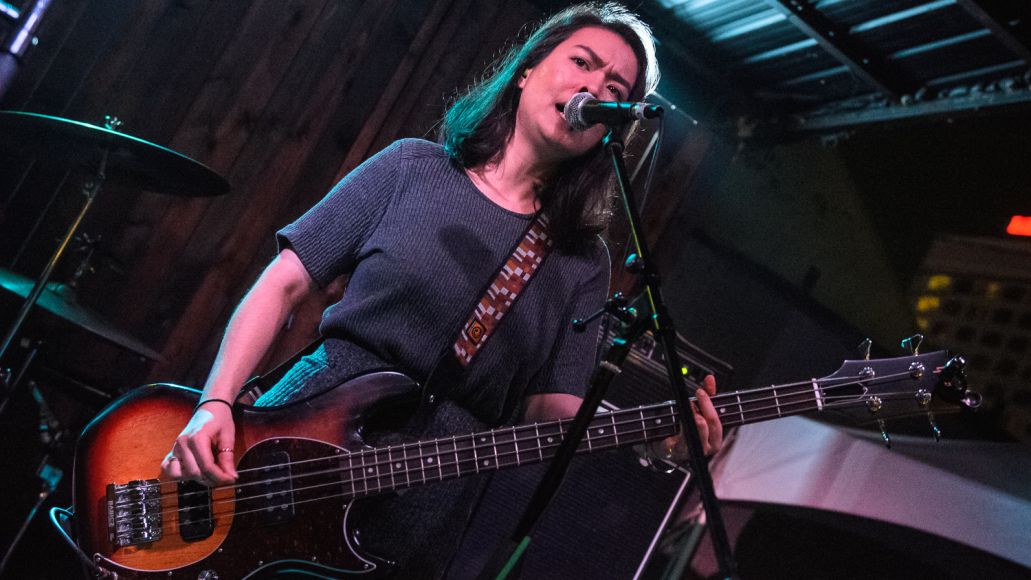 Which isn’t to say it’s entirely new. After all, musicians presenting themselves as solo artists is a staple in pop culture that goes back to the invention of the “rock star,” initially built around the first popular rock artists like Elvis or Buddy Holly. And yet, ever since the 1960s heyday of The Beatles and The Rolling Stones, the band has been the primary outlet for artists to present their work. The gravitation toward bands transcended the rock genre (as legendary groups such as The Temptations, The Supremes, and The Jackson Five will attest), but rock music became especially dominated by the concept of the band throughout the ‘70s and ‘80s, when groups ranging from Led Zeppelin to Guns N’ Roses made sure it endured as the defining format.

It’s easy to see the appeal, for fans and musicians alike. The collaboration made for rich, friendly narratives with multiple personalities to invest in. It also created a sense in aspiring musicians that any group of friends could work together to achieve their dreams. Though there were obviously some legendary exceptions to the rule — Bob Dylan, David Bowie, Prince, and Kate Bush come to mind – most rockers took the age-old route of forming a band and finding success before branching out on their own, if they ever did at all.

But something has changed in the past few years, and it aligns nicely with what so many are calling the death of indie rock. More rock artists in the younger generation are finding acclaim and success — a word with an admittedly tenuous definition in today’s music climate — on their own. Whether it’s bigger stars like St. Vincent and Father John Misty or rising acts like Mac DeMarco, Frankie Cosmos, and Perfume Genius, artists are either going forward under their own name or fronting units where the spotlight is on them and the other members are comfortable in their supporting roles. 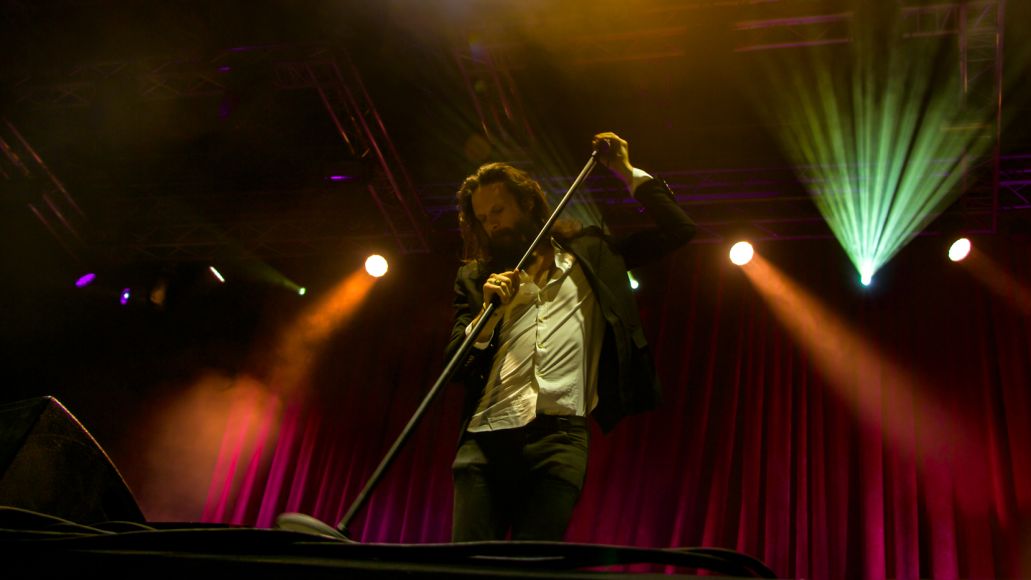 For a point of comparison, look at many of the indie rock groups of the past decade that graduated to headliner status. The Yeah Yeah Yeahs had Karen O and Nick Zinner, while The Strokes had a pair of huge personalities in Albert Hammond Jr. and Julian Casablancas. TV on the Radio’s Tunde Adebimpe and Dave Sitek presented themselves as true collaborators, and fans of Vampire Weekend came to suspect that Rostam Batmanglij was just as vital a member as frontman Ezra Koenig. In fact, Batmanglij called out the shifting state of indie rock in an interview with Pitchfork earlier this year.

“What happened to all the bands?” Batmanglij mused after announcing that he would be reducing his involvement in Vampire Weekend. “Is it just that bands are corny now?” He explained that he never saw himself as a “dude in a band,” and his half-joking inquiry raises an intriguing question about why bands are not as key as they once were.

Just as rock has receded from the forefront of the Billboard charts in favor of hip-hop and electronic music, a similar shift has taken place in the world of “indie.” Blogs and online publications that were ostensibly built around indie rock listened to their readership and gradually evolved to include rap, electronic, and pop. These genres, which started as side components, now garner just as much coverage and attention as indie rock. This isn’t a purely editorial decision, as publications are built to follow the interests of their readers, an expanding demographic whose interests and tastes encompass a wider range of styles than they did a decade ago.

The major music festivals are following a similar trajectory. From Coachella and Bonnaroo to more specialized affairs like Riot Fest and Psych Fest, the corporatization and homogenization of festival culture has led to an environment where pop stars, rap idols, and big-name DJs are the main draw as opposed to indie rock bands. Anyone who attended a festival in the past three years might have observed this change firsthand, whether it was seeing Deadmau5 draw a crowd three times the size of competing headliners The National at Free Press Summer Fest or watching LCD Soundsystem play to a criminally small crowd at Scotland’s T in the Park.

The size of the crowd at T in the Park for LCD Soundsystem compared to Calvin Harris is just embarrasing pic.twitter.com/2VtSnZWSnR

In addition to music coverage and festival culture, the rise of streaming services has made it to where nearly everything is relatively accessible and presented on the same platform. As a result, the concepts of “indie” and “the underground” have changed dramatically in the past decade. Indie rock is no longer the romanticized underground once lovingly chronicled in Our Band Could Be Your Life, but one piece of many in a vast sea of interconnected scenes and genres. Is it any wonder that rising artists often find themselves dabbling in different spheres, blending together inspirations from a seemingly endless sea of discovery? Why should they stay beholden to a specific formula that says you have to start a band to get your music heard?

Generally speaking, the genres of pop, rap, and electronic coalesce around the individual. This isn’t a shocking claim — these are genres that tend to hold celebrity and egotism in high regard, and the individual is at the center of both. Whereas rock musicians “go solo” with varying degrees of success, musicians from these other genres often find their greatest success only after striking out alone. Dr. Dre and Ice Cube are each bigger household names than N.W.A., and Destiny’s Child never came close to Beyoncé’s current height. The same is true for pop artists ranging from Michael Jackson (The Jackson 5) to Justin Timberlake (NSYNC).

Today, titans of their respective genres, like Kanye West, Taylor Swift, and Skrillex, may frequently collaborate with others, but ultimately the focus comes down to one person at the forefront. As the lines between “indie” and “mainstream” blur, fans still need something solid to hold onto. That something has increasingly become a cult of personality that centers on the individual, and it eventually bleeds into what fans are drawn to at the smaller level. 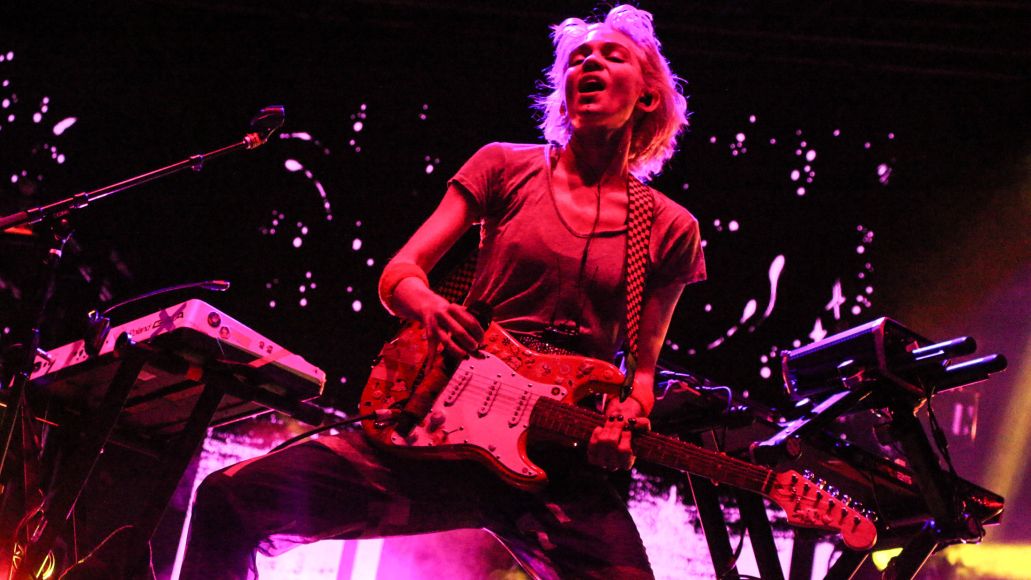 Another factor fueling the shift toward solo artists has been the proliferation of social media. While the initial rise of Facebook and Twitter caused many established bands to make an account that was often run by management (if they could afford to), it swiftly became apparent that people were more interested in hearing directly from artists themselves, getting to know them as actual human beings. On the other side of the coin, aspiring solo artists have become far more skillful at using Twitter to promote their music and — just as often — themselves. We now have unprecedented access to artists’ thoughts, feelings, and ideas, and in turn we’ve developed a deeper appreciation for them as people. Many music news headlines are built around something that Grimes or Tyler, The Creator tweeted, as fans are clearly interested in hearing what artists have to say. This direct, occasionally unfiltered access has contributed to a culture in which the individual is the predominant focus.

This cultural shift has had a direct impact on rising musicians. On an individual level, it’s hard to say whether there are fewer bands these days than in the ‘90s or ‘00s. Lord knows there are still leagues of teenagers around the world buying instruments and uploading their music online. For each of those, however, there are just as many picking up Ableton, Protools, or a proverbial microphone to rap on. While professional production is still an important part of music recordings, the advancements in recording equipment have made it so kids at home have much more at their disposal than a four-track when it comes to getting their start. As trends change and more people have the ability and access to become musicians, the landscape of what rises in popularity and acclaim will inevitably follow suit.

We are quickly heading toward a cultural moment in which the archetypal “band” is no longer the driving force behind indie rock. This doesn’t mean that indie rock is dying, or that there aren’t still talented groups pushing the genre forward. It also doesn’t mean that the next generation is inherently more self-obsessed than the one before it — just ask anyone who has seen the new Oasis documentary. Instead, these gradual cultural shifts have begun to facilitate an environment in which indie rock artists with something to say have more resources than ever to make themselves heard. A band is just one of those resources, and not one that everyone needs.

Where Have All the Indie Rock Bands Gone?