Page to Screen is a monthly free-form column in which Matt Melis explores how either a classic or contemporary work of literature made the sometimes triumphant, often disastrous leap from prose to film. This time, he polishes his wand and chills a six-pack of butter beer for his inaugural journey into the world of Harry Potter.

[Warning: This article contains the slightest of spoilers] 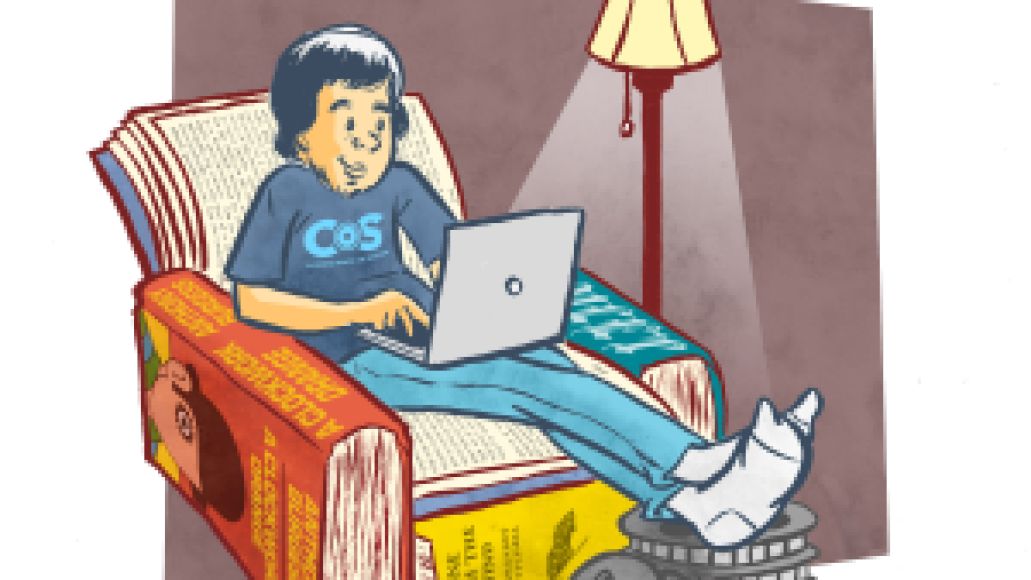 I’m not a Harry Potter fan. That’s not an admonishment of the bookish boy wizard — rather a statement of indifferent fact. Over the course of the past two decades, I’ve somehow managed to not read a single book in author J.K. Rowling’s beloved series (not even in the Latin or Ancient Greek translations — yes, those exist), nor have I seen any of the corresponding global blockbusters. Now, that’s not to say I’ve lived a Potterless existence. Like it or not, certain tidbits get absorbed. Dumbledore, good. Voldemort, bad. Snape, Rickman. And should I want to send my child, or one of you, to Hogwarts for a year, tuition would theoretically run me around $43,000. Okay, I had to look that last one up.

Obviously, it’s been a choice not to enroll at Hogwarts with Harry, Hermione, and Ron. It’s not as though I drank spiked butter beer at a wand party, Rip Van Winkled through the entire phenomena, and woke up 20 years later next to a witch whose name I couldn’t remember. (That’s more along the lines of how I missed the first three seasons of Breaking Bad.) I was 14 when the Potter books first arrived, and both friends and adults urged me to read them, all to no avail. I wasn’t trying to buck a trend. I didn’t have a case of early onset Harold Bloom smugness, nor my present excuse that I already have more on my reading list than I’ll ever get around to in my lifetime. As much as my adult imagination owes a debt to childhood adventures in Wonderland, Middle Earth, and Narnia, by the time my teen years rolled around, wizards, wands, and spells — other than maybe Love Potion No. 9 — seemed about as compelling as a top-hatted, middle-aged man in a cummerbund pulling a rabbit out of peculiar places.

I don’t have any regrets about not participating in Potter pandemonium. After all, the books are always there should the urge arise (in some communities because librarians have battled school boards or religious groups to keep Harry on the shelves — hooray for librarians). However, speaking to readers of the novels — ones a few years younger than myself — I do admit that one element of their fandom sparks my imagination. Several have explained to me that they feel as though they grew up alongside Harry and his pals, each book finding its wizards, like its readers, slightly older and making sense of that journey toward adulthood together. As a boy who often fantasized about stepping into the adventures of his favorite books, I admit there must be a certain magic to coming of age alongside a character who inhabits a fantastical version of your own world. Color me jealous in that respect. 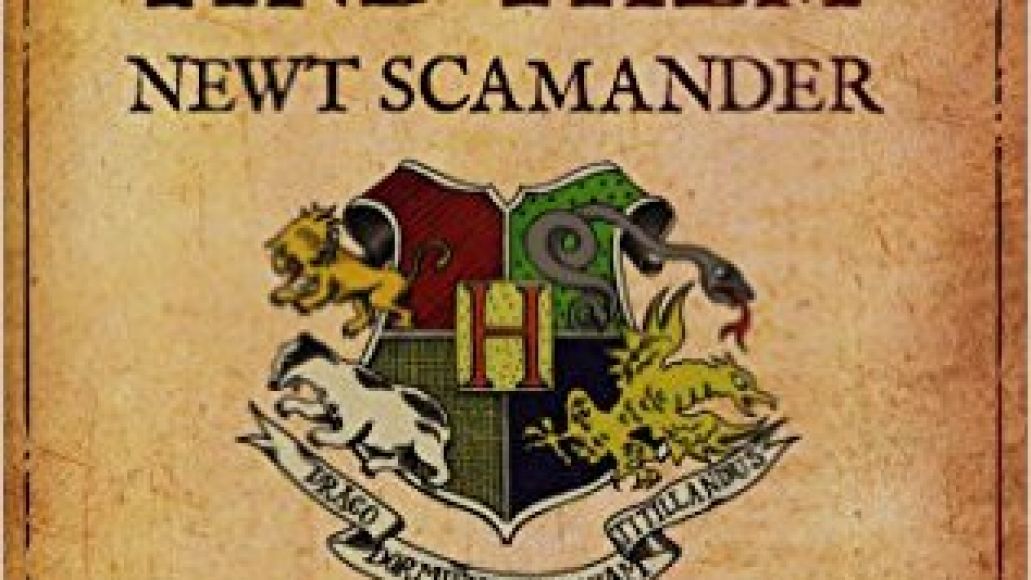 However, this column primarily deals in how books, usually novels or short stories, get adapted into films. In the case of Fantastic Beasts and Where to Find Them, there isn’t much to adapt. The book itself, a replication of Harry Potter’s annotated copy of Newt Scamander’s revered Hogwarts textbook, was assembled in 2001 by Rowling, the proceeds of which have amassed many millions of pounds for Comic Relief’s efforts to mitigate extreme poverty. But the text offers little more than a slim inventory of magical creatures found in the Potter universe. Apart from cluing me in on Dumbledore (the foreward), some wizarding terminology (the introduction), and the romantic future of Ms. Porpentina Goldstein (the about the author page), about all the glossary enabled me to do was act like a self-appointed safari guide during the film, identifying and pointing out Nifflers and Demiguises while my annoyed neighbors hushed me.

Of course, the danger in having such minimal source material is that it can only stretch so far before snapping. Recently, we’ve seen Peter Jackson turn children’s novel The Hobbit into an overblown trilogy by borrowing from Lord of the Rings appendices. Tim Burton has on two occasions taken small slivers of Lewis Carroll’s delightful Alice books and transformed them into visually nauseating worlds of mind-numbing, joy-crushing vacuousness. So, it’s fair to question how a first-time screenwriter, even one with Rowling’s breadth of imagination, might fare at fleshing out Potter’s world on the American side of the pond.

Fear not on that account. Attending the screening with three pleased Potthead film critics, I can assure you that the ongoing adventures of Newt Scamander are in capable hands with Rowling and director David Yates at the helm. It’s a more than competent bit of storytelling that turns back the clock while still feeling modern, earns its two brilliant misdirections, and creates a genuine sense of awe by tapping into what we find magical about our own world. Few scenes in theaters this year will trigger wonder in audiences like descending into Newt’s suitcase zoo of magical creatures. It’ll feel akin to that first time you craned your neck upwards to see the dinosaurs of Jurassic Park or hunched down to enter Willy Wonka’s chocolate room. You’ll immediately wish to experience that scene again.

But magical creatures aside, I felt myself drawn to the four heroes of Fantastic Beasts in a way I haven’t been attracted to characters in quite some time. There’s No-Maj Jacob Kowalski, a working-class schlub on the surface, but also a stand-up friend capable of great open-mindedness; Queenie, a Legilimens who sees the value in people that often goes unnoticed; Tina, an Auror who strives to do the right thing, even when it places her own well-being at risk; and, of course, Newt (Eddie Redmayne), a bashful wizard and magizoologist who protects and nurtures magical creatures and never shirks the responsibilities of his work. These are not flat or allegorical characters, nor are they models of piety. By all accounts, they’re quite normal, even unremarkable, within their respective species and fields. But each, when tempted or put to a test, ultimately opts to act decently in an increasingly indecent world. Right now, that type of behavior feels remarkably novel.

Like many, I’ve spent the last week and change trying to wrap my head around not only our recent presidential election but also the social climate of our country over the past several months. Watching Fantastic Beasts, a film in which the actions of a divisive dark wizard pit two factions of society, the magical and non-magical, against each other, couldn’t help but bring me back to the grim realities we now face. It’s odd, of course, that a film about wizards and magical beasts feels less like an escape and more like a mirror being held up to your own severed society. But that’s where we are, or at least that’s where I’m at, and why I felt so uplifted when leaving the theater. Ultimately, greed, intolerance, hatred, and manipulation fail to triumph in Fantastic Beasts. Decency wins out, something I needed to see happen again, if only in a movie.

In Rowling’s world, when a No-Maj has witnessed too much of the supernatural, they have their memories wiped clean (“obliviated”) for everyone’s protection. One of the saddest scenes in Fantastic Beasts finds Jacob realizing that he’s about to lose all memory of his adventures, friends, and the magic of which he became a part. Then there’s us in a quite different scenario — perhaps eager to forget. However, as tempting as it might be to want to obliviate all recollection of where we’re at and how we arrived at this point as a country, maybe we need to spend some time recognizing the callousness, close-mindedness, and cynicism we’ve succumbed to before we can rebuild the type of character that assures that decency will once more prevail.

In the meantime, pass me a Harry Potter book and a butter beer.