Nine Inch Nails’ new EP, Not the Actual Events, was recorded primarily by Trent Reznor and Atticus Ross, who is now considered an official member. They did receive some outside help, however: Dave Grohl drums on the track “The Idea of You”, Dave Navarro plays on “Burning Bright (Field on Fire)”, and Reznor’s wife and How to Destroy Angels bandmate, Mariqueen Maandig, appears on “She’s Gone Away”.

The Foo Fighters frontman previously appeared on Nine Inch Nails’ 2005 album With Teeth, drumming on seven tracks. In 2013, Grohl and Reznor again hit the studio together, this time to record a track for Grohl’s Sound City documentary/soundtrack.

As for Navarro, he played guitar on NIN’s Further Down the Spiral back in 1995. More recently, he joined the band on stage during a concert in 2009.

Not the Actual Events, NIN’s follow-up to 2013’s Hesitation Marks, is out now. Stream it here.

Here are the official album credits: 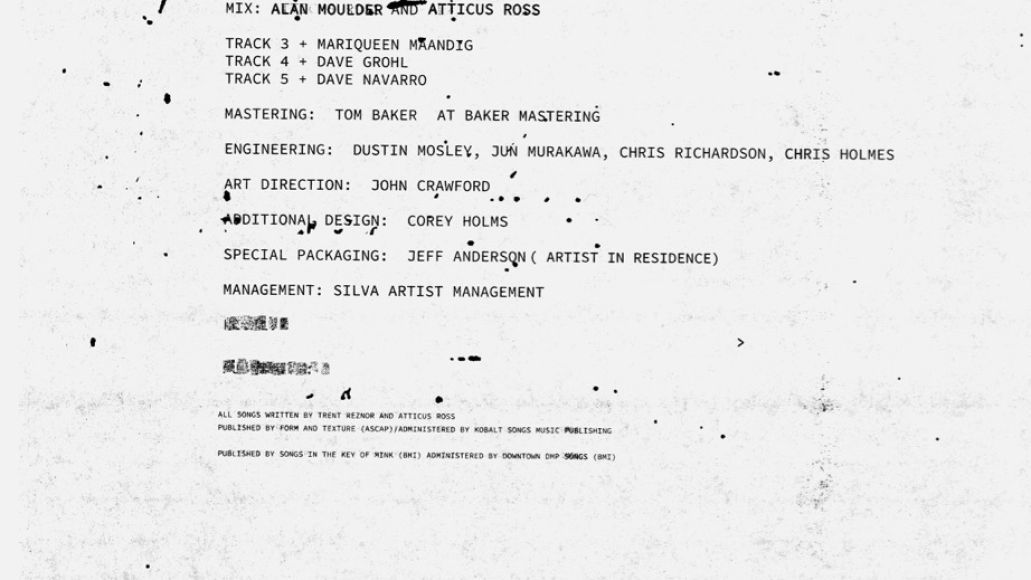