On Saturday night, Father John Misty headlined a benefit concert for Seattle Children’s Hospital. His eight-song set consisted almost entirely of new music. Three never-before-heard songs — referred to as “Pure Comedy”, “When the God of Love”, and “Two Wildly Different” on the written setlist — opened the show. He also performed “Holy Hell”, a track which he recently debuted on SoundCloud, and “Leaving LA”, which he first performed live at Newport Folk Festival over the summer.

He also performed his cover of Tim Heidecker’s “Trump’s Pilot” and “Come to Mama”, a song which he wrote for Lady Gaga.

According to a reddit user who attended the show, Misty told the audience that his new album was finished. We’ve reached out to the musician’s record label, Sub Pop, for comment. His last album came in the form of 2015’s I Love You, Honeybear.

Below, set the setlist and clips of his new songs. 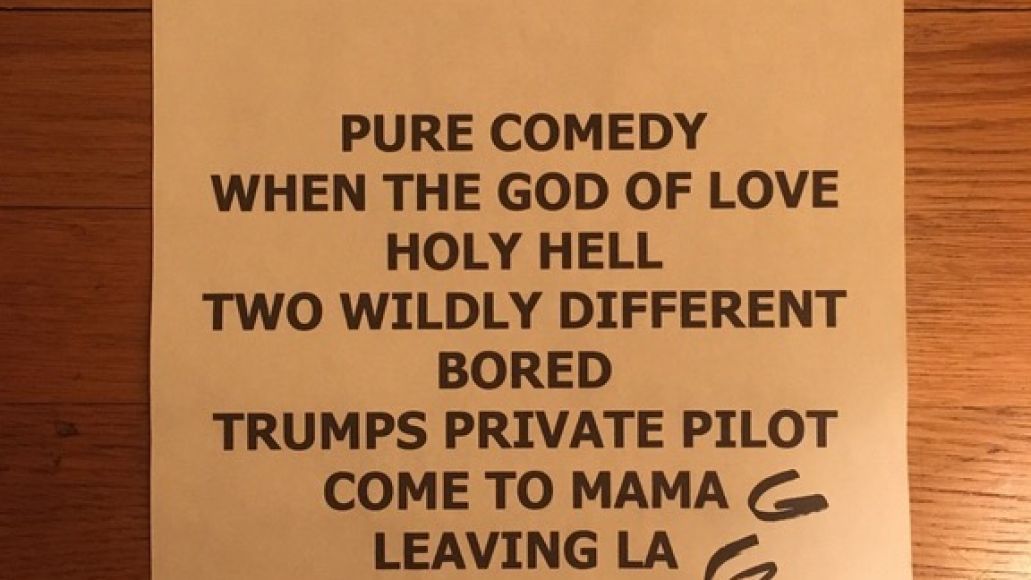