From afar, Primavera Sound looks like a fake lineup in a city that’s too good to be true. How could Radiohead, LCD Soundsystem, and Sigur Rós headline a festival in a place as beautiful as Barcelona? How could My Bloody Valentine, Blur, The Cure, Suicide, or any of the festival’s other incredible headliners over the years take that title? What’s more, how could they spend money on acts like that and fill out the rest of the bill with equally adored and influential bands? There’s a key to this equation, but it’s one that didn’t just fall into the laps of the folks behind Primavera Sound.

No, they built the key themselves. What began as a one-day event in 2001 has since become a four-day festival with nearly 300 acts thanks to organizers Pablo Soler, Alfonso Lanza, Gaby Ruiz, and Alberto Guijarro. Thanks to them, thousands of fans around the world nitpicked the smallest of fonts with sheer joy in 2016. They flew out to watch bands perform between the Mediterranean Sea and the modern architecture of Parc del Fòrum. They’re the crew who created a festival where “unforgettable” barely does it justice.

At Primavera Sound, everyone is a music nerd. Everyone geeks out about bands that open the festival. Everyone feels privileged to witness a headliner or two that would never be billed that high elsewhere. Everyone misses a band they love in favor of sticking around a different stage, too caught up in the intensity of an act that they had never heard of before. It’s a lineup of brazen discovery, and this year’s installment finally pushed things over the edge. Primavera Sound went from being the festival everyone dreams of attending to being one of the best festivals period — and we’re not surprised. 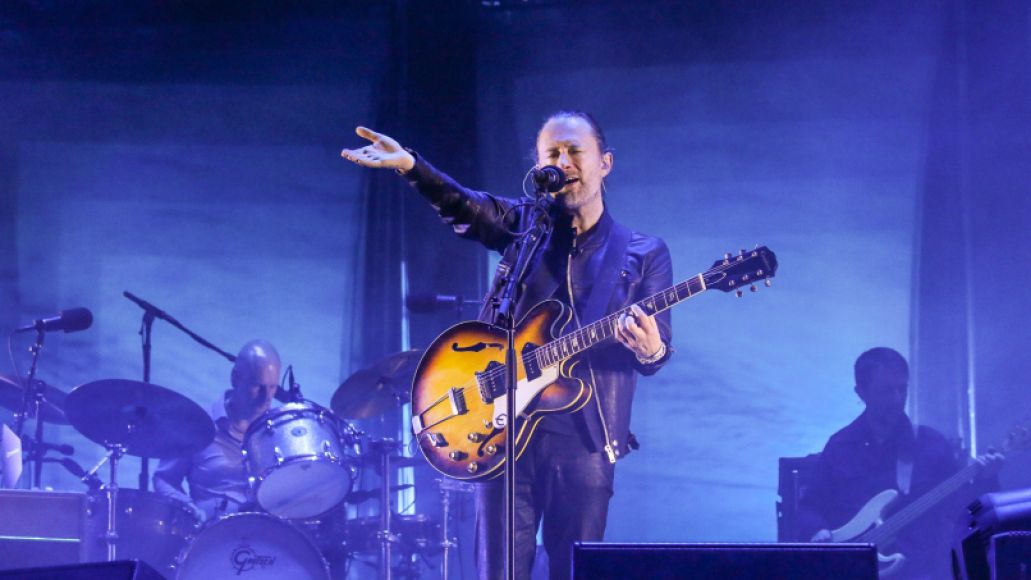 This past year’s lineup was one for the ages. It pit ‘90s rock (Shellac, Drive Like Jehu, Mudhoney) against hyper-relevant electronic producers (Evian Christ, Holly Herndon, Hudson Mohawke). It saw psych powerhouses (Loop, Deerhunter, Animal Collective) draw equal crowds as the outlier acts (Beak>, Six Organs of Admittance, Goat). Current legends PJ Harvey and Tame Impala went hand-in-hand with iconic legends John Carpenter and Brian Wilson. The Brits and the Americans coexisted peacefully with bands like Suede, Dinosaur Jr., Kiasmos, and Floating Points sharing stages. No matter where you stood, how far back in the crowd you were, or who you were with, talented musicians played directly to you.

To make that happen, organizers did what they do best. “It was business as usual,” says Pablo Soler, who in addition to being one of the four founders of the festival has served as general manager since 2011. “Our booking team explored the market and tried to build a lineup that had the best of everything. You don’t go straight to the band. You deal with agencies that represent their interests, and — like in any other business — building up a reputation and taking care of personal relationships is fundamental.”

Primavera Sound upholds those relationships very well. It’s what allows them to book acts that not only steal the hearts of attendees, but surprise them as well. This year, that fell on the addition of The Avalanches, which marked their first live performance in 15 years. “We try our best to keep things quiet,” says Soler. “Even though there are many people involved in the booking process, there are not so many that have the whole picture.” Still, leaks happen and die-hard fans will unveil obvious grabs (they weed through a process of elimination to carve out the core heart of the lineup). It’s the unexpected bands that add the edge, the reason why people shift from waiting to buy tickets to pulling up the website and ordering them the night of the lineup’s release. 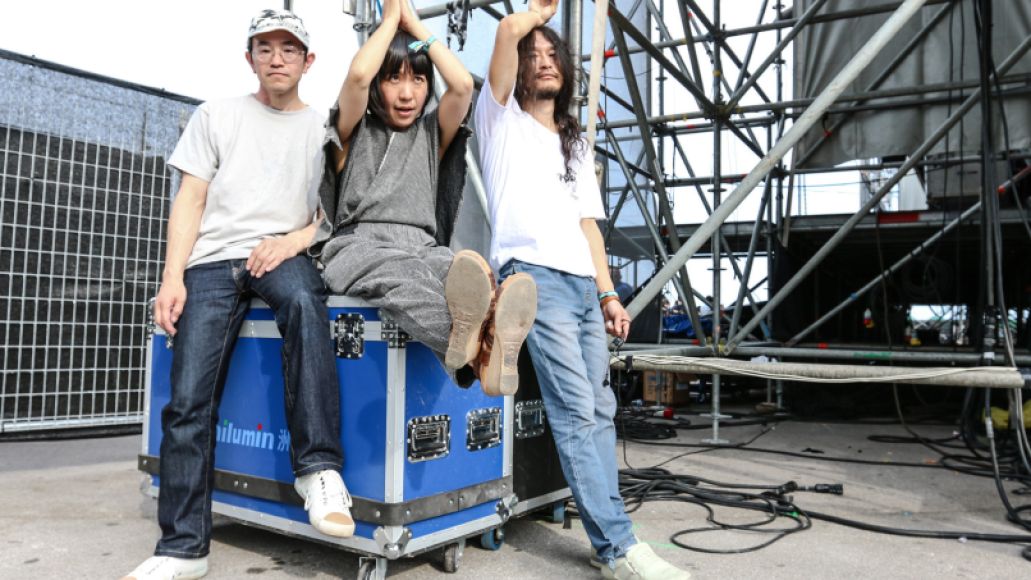 Yet it’s the undercard, the true tiny fonts on the bill, that give Primavera Sound a leg up on its competition. Look back at any of their lineups. Monikers with no weight grew up to become marquee names or, in rare occasions, headliners. This year that meant grabbing informal buzz names (Andy Shauf, Sheer Mag, Moses Sumney) or those who aged without a spotlight (Lubomyr Melnyk, Boredoms, Venom) to blow viewers away. And that they did. They combined underground acts robbed of peak fame with rising acts that press had yet to grab a hold of.

“Traditionally we have paid as much attention to the middle and lower sections of the lineup as to the headliners. That’s one of my favorite parts,” says Soler. “Every band in the bill has to contribute [to the lineup’s power]. I think our booking team has a very eclectic taste, they are very resourceful, and they are huge music fans with a vast musical culture. Everything is out there — you just need to know what you are looking for and how to find it.”

Nowadays, especially in American cities like New York City or Chicago, the neighborhoods where festivals are held feel the need to fight back. Their communities experience a week of intense gentrification: flower crowns and subwoofer volumes overpower their block, the music of their area isn’t represented, and ticket costs rocket through the roof. 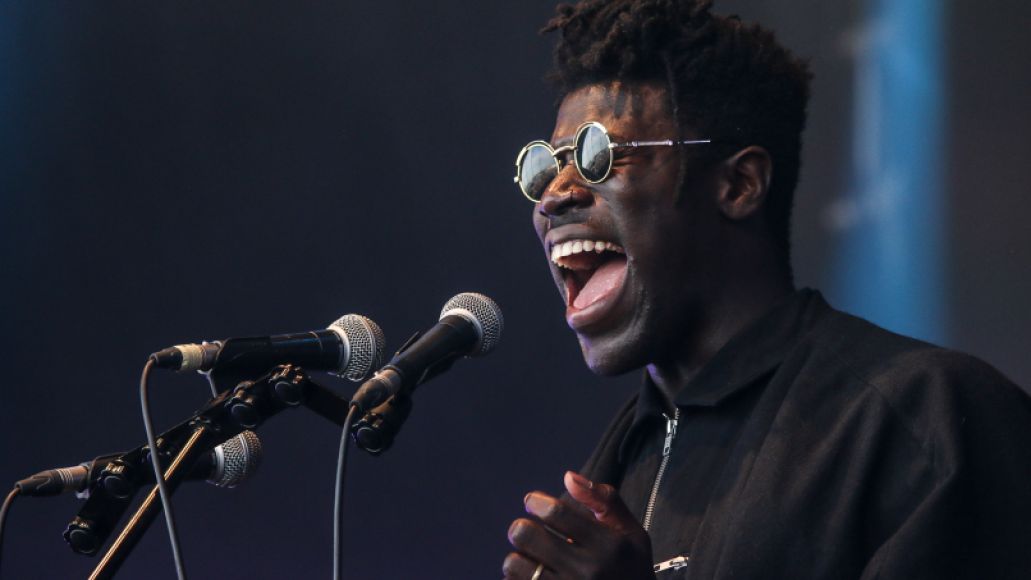 In Spain, however, Primavera Sound listens to its country. Organizers pay attention to local acts and instead of slotting a couple during opening hours, they sprinkle them throughout the weekend, representing local music trends as well as international touring acts. “The criterion is the same for everyone, local or foreign: The quality of the proposal and of the execution considering the historical relevance of the act,” explains Soler. “We have been promoting shows in Barcelona since 1993. We have worked with many Spanish acts through the years, and we try to make the best selection every edition. [In 2016], we had El Último Vecino, Manel, Pxxr Gvng, Mueran Humanos, Doble Pletina, Inspira, Aliment and Joana Serrat, amongst many others. They all had something to say and knew how to say it on stage.”

To further represent Barcelona, the festival follows local hours. During the main festival days, bands first take the stage at four p.m. Headliners go onstage at midnight. Then, it’s a cooldown. Bands like Animal Collective or Beach House play immediately after, slowly dwindling in commercial size, all the way until you’re left dancing to Maceo Plex or Pantha du Prince at six a.m.

Some things stayed the same, like the expansion of the festival experience via off-venue shows. The week of the festival and the day following the final headliner, full-weekend ticket holders can venture to downtown venues Sala Apolo, BARTS, and various parks to watch free shows by bands like Deradoorian, Jessy Lanza, and Suuns. It’s quality booking with walled-in sound, a change in setting that’s all free of charge. It also allows viewers a chance to soak up music in a few hours time instead of standing around all day long. 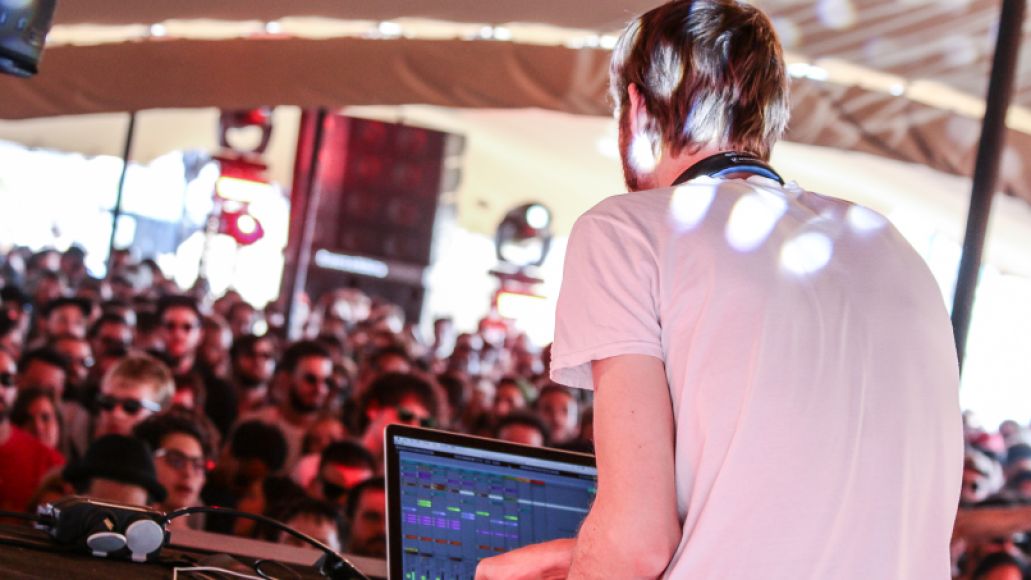 Other things changed. 2016 saw the addition of a brand-new stage, Beach Club. Festivalgoers could trek across a bridge to a sunny, sand-filled area at Sant Adrià port where an open-air tent saw the biggest names in underground electronica spinning DJ sets and performing original material, from Erol Alkan to Todd Terje to Powell to Sophie and beyond.

“We gathered all the off-festival activities during the weekend at the CCCB (Centre de Cultura Contemporanea de Barcelona) where we built a free 10,000-capacity stage that staged concerts by Mudhoney, Ty Segall, Bradford Cox, and Black Lips amongst others,” says Soler. “We also made an investment in the cleaning services and waste processing at the main venue and invested more in services such as toilets. These are not very visible innovations but they are important in the overall experience of the festivalgoer.”

The organizers care about tiny details because it’s the tiny details in their fans that make the festival stand out. Festivalgoers run the gamut. Men in their late ’60s will stand beside a toddler perched on his mother’s shoulders. Picture the massive crowds of Coachella without the need to be seen, the knowledgeable fans of Moogfest without the competitive snobbery, and the passionate fans of Bonnaroo without the stench. A gaggling group of London teens will befriend a group of Californian music nerds, fresh out of college. Languages you’ve heard before and languages you can’t place will zip by your ears. It’s a surprisingly diverse audience, especially for one focused on indie rock.

Bands also love returning to the festival, if only for those fans: Shellac famously plays annually; Bradford Cox, in some incarnation, flies back; and Thee Oh Sees seemingly never take a year off. This leads to moments like when Ty Segall handed the mic to a fan in the front row of the Muggers’ set named Manny. Normal enough, sure, but then Segall hopped the barrier, stood in the front row, and pushed Manny onstage to sing in his place, creepy baby mask and all. “I’ve just had the blast of my life,” Manny said, and then Segall joined him onstage to perform “Feel” together. Even people who were there watched the video footage the following morning and asked themselves, “Did this really happen? It’s just … too good.”

Undoubtedly, the best part of Primavera Sound is the feeling that holes up in the bottom of your stomach upon leaving. The festival’s signature sign wiggles, each letter bobbing up and down, its lights no longer buzzing and bright since the sunrise that filled the sky outshines it. Friends loop arms around one another as they exit and their exhausted legs lead the way to a subway that only just started back up minutes ago. It’s the calm after a multi-day storm. It’s the sight of love laying down for a long summer’s nap. It’s a feeling like none other.

At first, this seems to be a concoction of denial that the festival has ended, adoration for the bands that wooed viewers, and the overwhelming fullness that comes from being a part of a community. But this feeling, the greatest of any feeling that Primavera Sound fills attendees with, lasts long after the weekend ends. Unlike other festivals, it doesn’t fade after future nights; it lasts forever. “I like to say there’s nothing but music at Primavera Sound,” Soler offers. “We always intended to make it a music lover’s wet dream. So no distractions or tricks, just solid live shows — as many as possible.”

Who wants to wake up from that?

Festival of the Year: Primavera Sound