Last month, Robin Pecknold told fans that he was “almost done” with a new Fleet Foxes album. Now, it appears the record is finished.

As Stereogum points out, Pecknold posted and quickly deleted a photo of the album — titled Ylajali — alongside the rest of Fleet Foxes’ discography in his iTunes library. The artwork for Ylajali is from an 1890 Norwegian novel called Hunger by Knut Hamsun. Additionally, the artwork seems to suggest the album will contain 11 tracks and be released through Nonesuch Records. 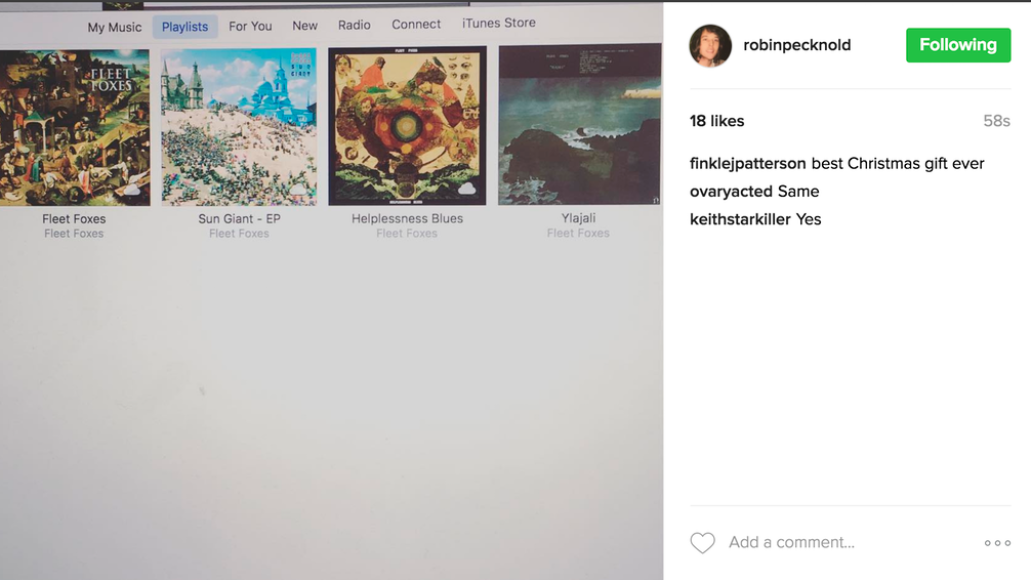 A reddit user offered insight into the meaning of the album’s title:

“Ylajali is a fictional woman in Knut Hamsun’s novel Hunger from 1890. The protagonist sees a woman on the street early in the novel. He decides to follow her and scare her and he imagines her name is Ylajali. Later, it is sometimes unclear what is dream and what is reality in scenes where Ylajali is involved.”

Pecknold has yet to confirm any of these details, but we can probably expect a formal announcement shortly. In the meantime, Fleet Foxes continue to build up their 2017 tour calendar, with many more dates still to be announced.