Lupe Fiasco poked a hornet’s nest on Monday when he posted a track called “N.E.R.D.” on SoundCloud. Rapping over J. Cole’s “Everybody Dies”, the Chicago rapper expressed his unhappiness with the music industry: “Artists getting robbed for their publishing/ By dirty Jewish execs who think it’s alms from the covenant.” After being called out for the anti-Semitic lyrics and defending himself with an extended Twitter rant, the Chicago rapper now says he’s done with releasing new music.

Following an op-ed published on DJBooth and fans on Twitter confronting Lupe about the lyrics, the rapper said he was referring to “low down dirty awful motherfuckers” who cheat artists out of publishing and were in his case, Jewish. Then, Lupe doubled down by going with the “I have friends” argument.

“All my Jewish friends warn me in business or in life to never ever be the ‘Freier’ (Yiddish for sucker) by any means. Anti-Semite my ass.”

Lupe concluded the rant by announcing he’s “officially not releasing anymore music” and said his albums were canceled, in reference to the delayed trilogy which were pushed back due to “clearances and mixing issues.” He also claimed SoundCloud pulled the controversial track, but as of now, it’s still available for streaming.

Like so many other rappers who’ve gone on Twitter rants and announced their retirement, there’s little doubt Lupe will be back, but in the meantime, the rapper’s locked down his Twitter account. It’s probably for the best.

Listen to “N.E.R.D.” to hear the line in question and check out the tweets (via Pitchfork) below. 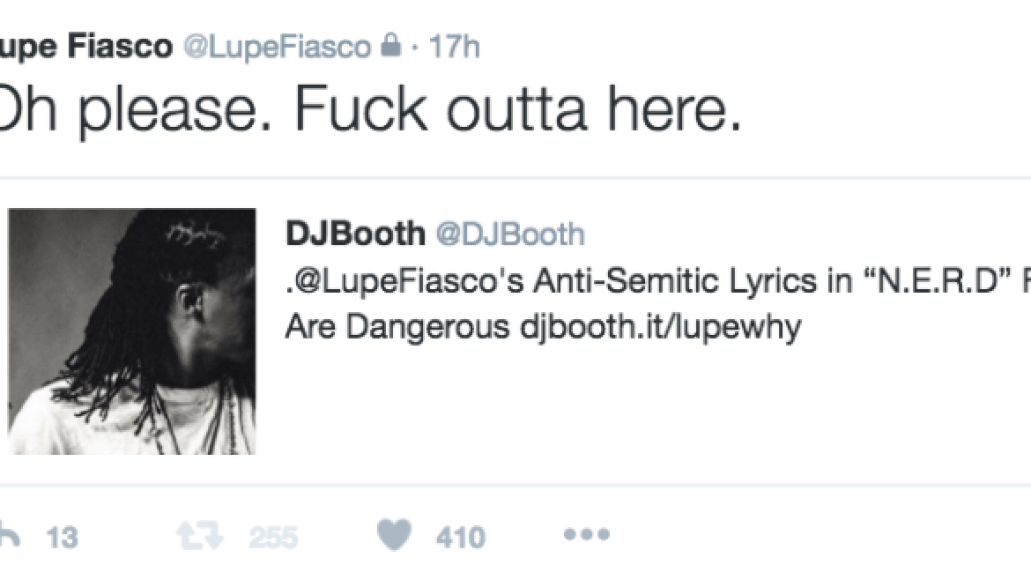 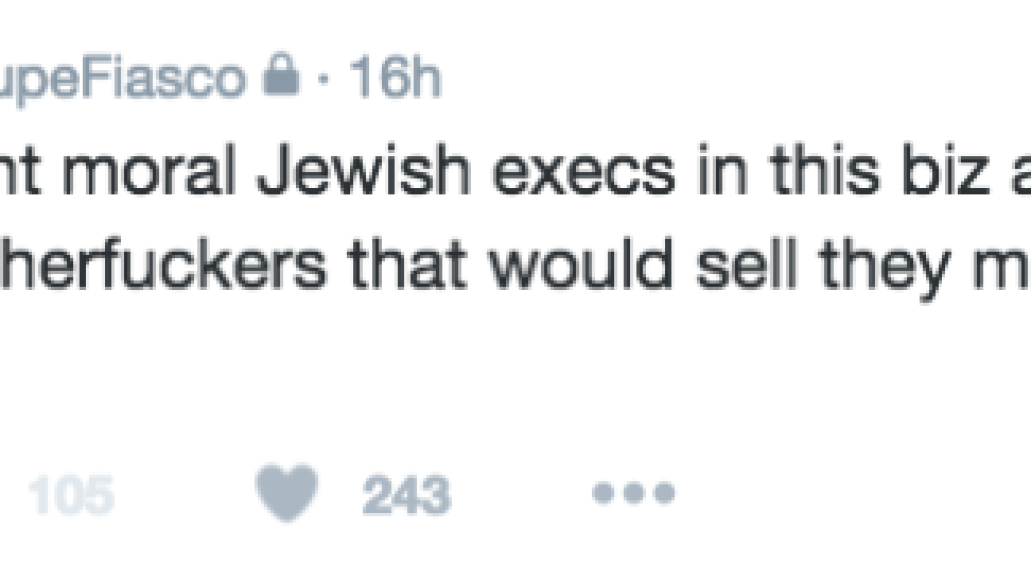 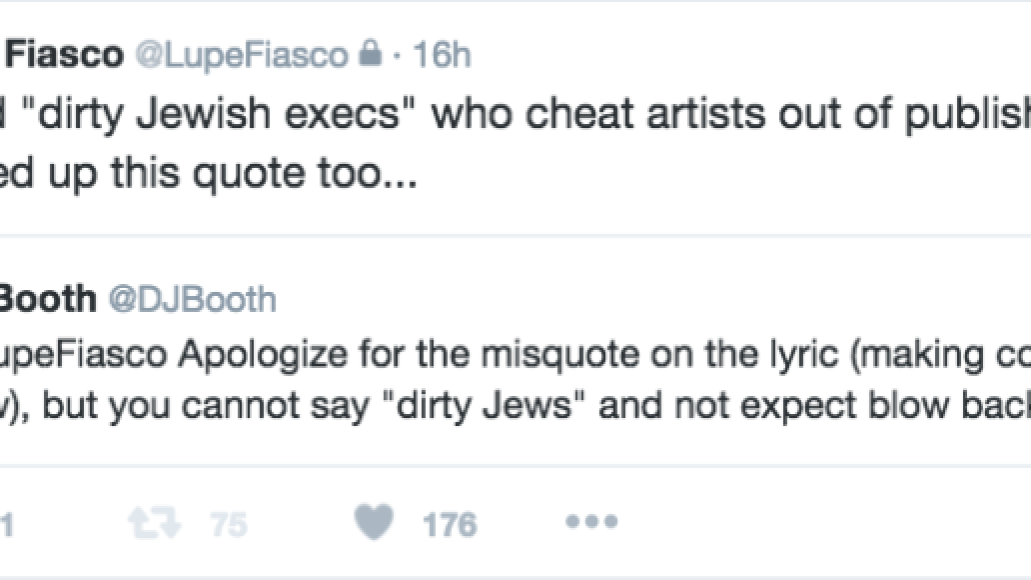 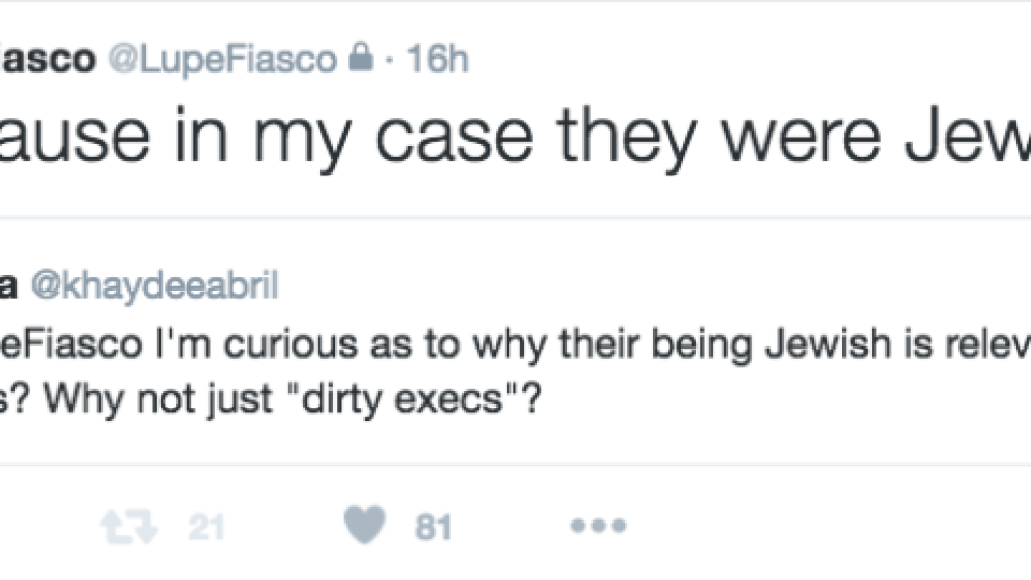 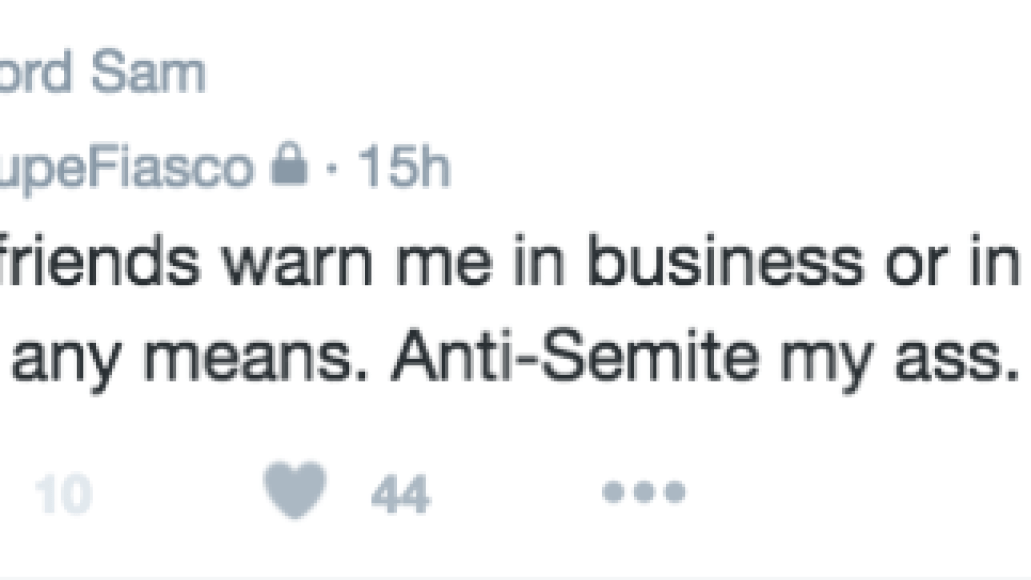 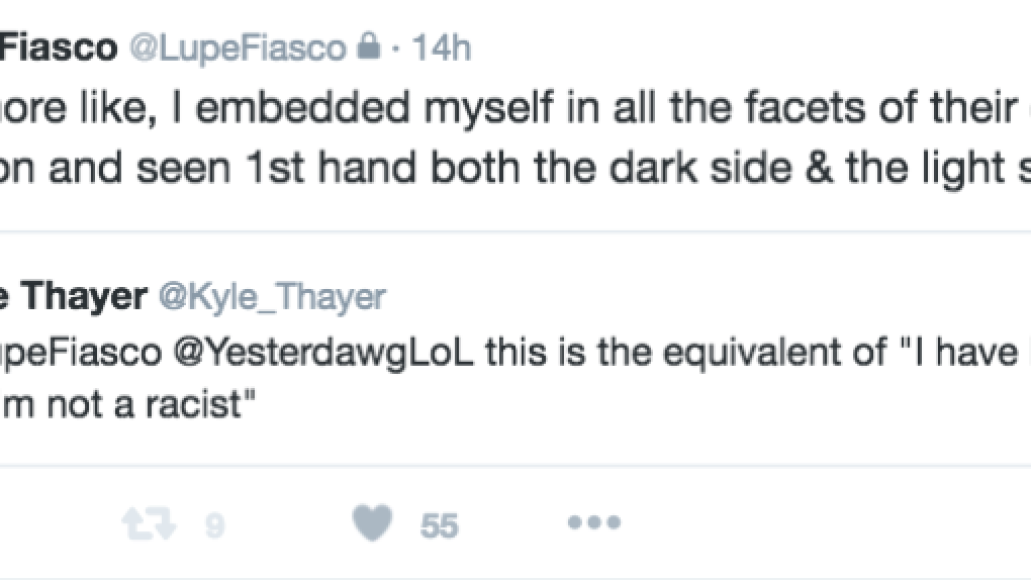 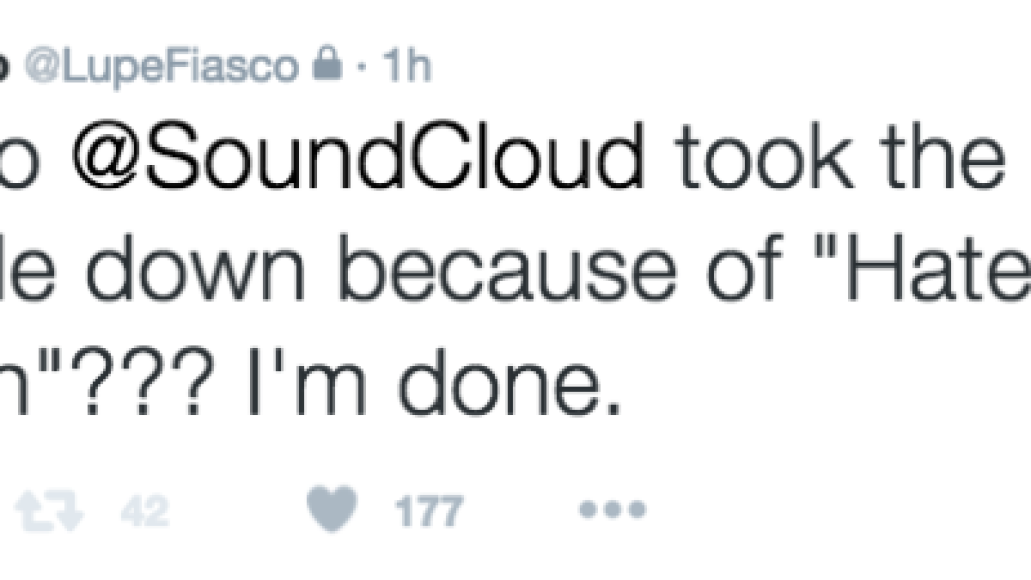 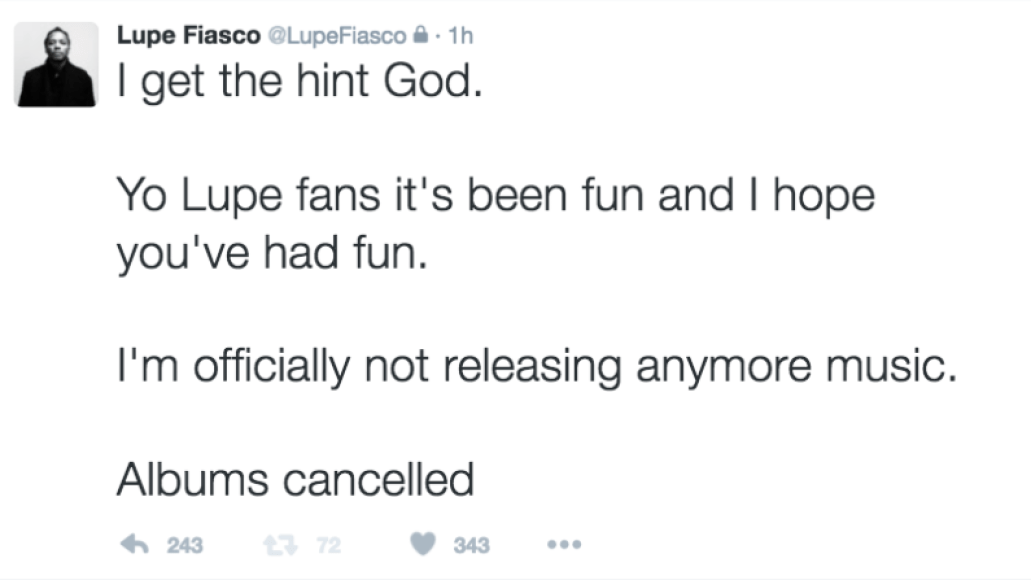 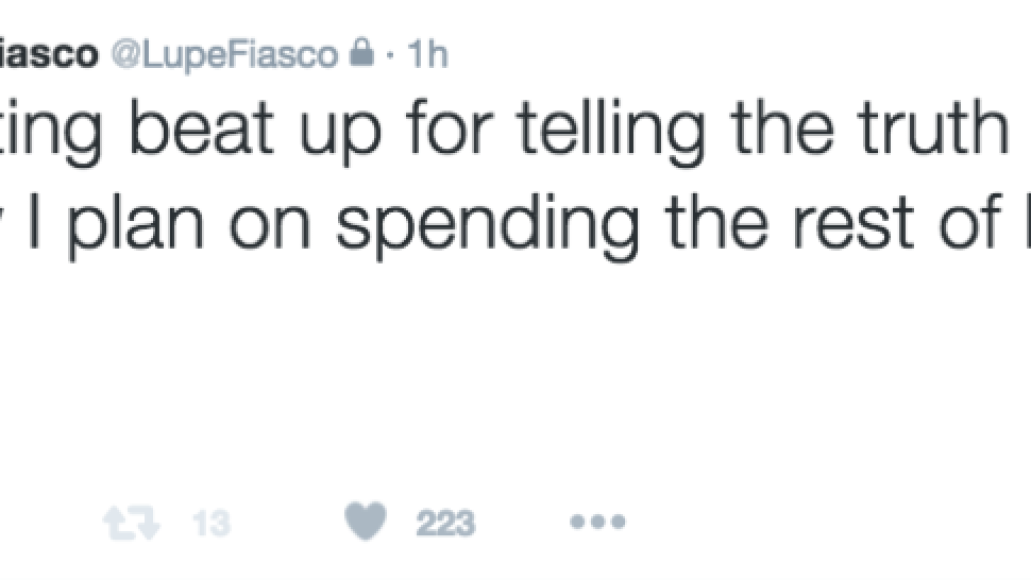