Meatbodies are set to follow up their 2014 self-titled effort with the newly announced ALICE on February 10th. Coming from In The Red Recordings, the LP is a vaguely outlined concept album that is “a near fable of fear, sexuality, war, religion, technology, peace, philosophy, hedonism, sociology, evolution, and ecclesiasticism.”

“Alice is no religion, but may be seen as one,” describes a press release. “Alice is no person, no god. Alice is an idea, a feeling, covered in pink lace. Alice is a message, a hidden commentary of modern day, bathed in fantasy, abounding in ecstasy, feeling colors.”

Whatever it is, ALICE sounds like it’s going to be a wonderfully glammy, heavy-pop record based on lead single “Creature Feature”. It’s a cacophony of ’70s psych blaring from an AM radio station, alternatively chugging and dancing spritely along seemingly mystic guitar parts. Take a listen below. 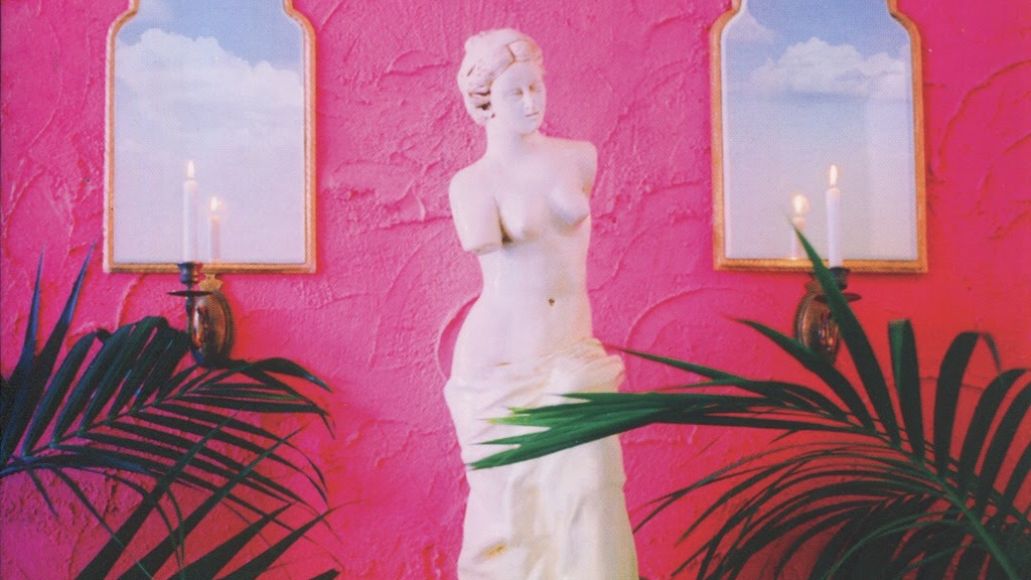