We never realized how good we had it back in 2015. Since the news of David Bowie’s death left us heartbroken on January 10th, 2016 has tested our resolve with a seemingly unceasing string of celebrity deaths. There was Prince in April. Gene Wilder in August. Sharon Jones in November. It was difficult enough to mourn each of these icons individually, without considering their place within some grand, fucked-up cosmos of death, but a new illustration by Twitter user Christhebarker has given us a wider perspective on the loss we experienced in 2016.

Using the Beatles’ classic artwork for Sgt. Pepper’s Lonely Hearts Club Band as a template, the artist created a poignant and painstakingly detailed montage featuring more than 40 legends we lost this year. Occupying the Beatles’ honored spots are Wilder, Lemmy Kilmister (who actually died in late 2015), Prince, and Bowie. Elsewhere, the montage features famous faces including Leonard Cohen, George Martin, Glenn Frey, Alan Rickman (dressed as Professor Snape from the Harry Potter series), and too many others.

Update – December 27th: In the wake of George Michael, Carrie Fisher, and other recent deaths of note, the artwork has *sadly* received a new update.

As if that weren’t enough tragedy for one photo, the image also reminds us of the most notable geopolitical disasters to occur in 2016, with the word “BREXIT” spelled out in flowers and a “MAKE AMERICA GREAT AGAIN” hat sitting front-and-center. Hey, at least there’s a Leicester City banner to remind us that there’s still hope, no matter how high the odds seem stacked against us going into 2017.

Check out the full artwork below, and scroll down to compare it with the original. 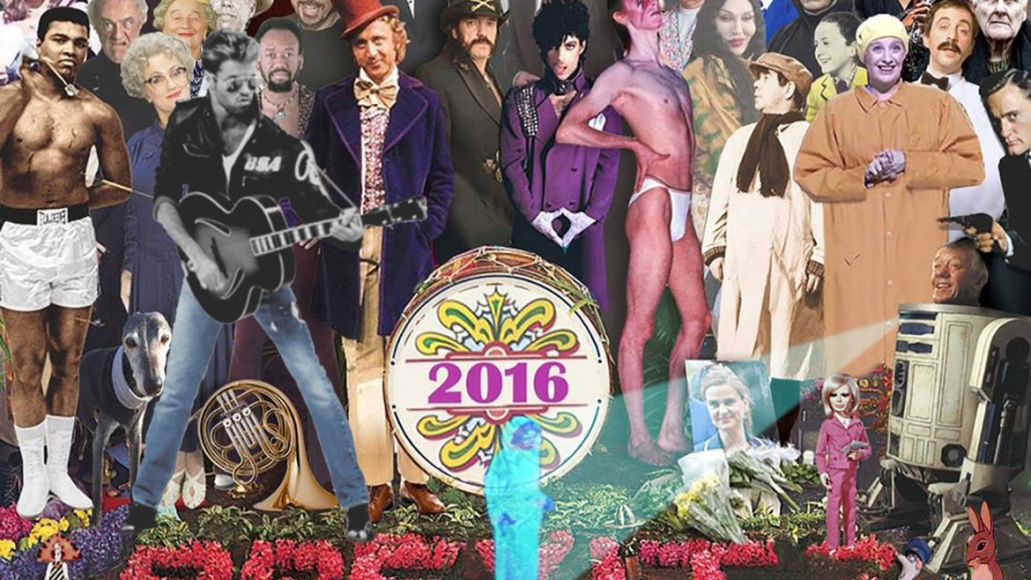 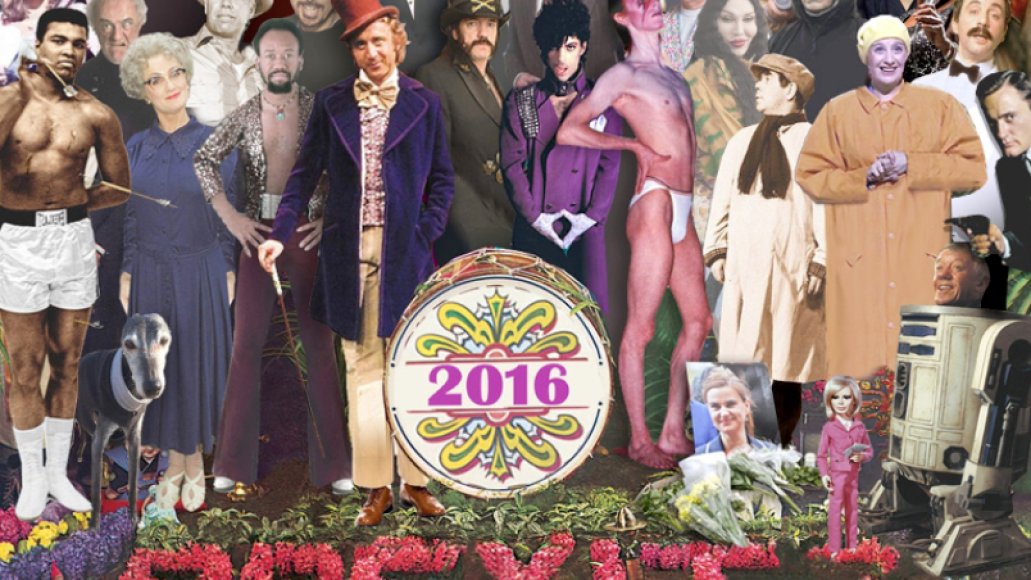 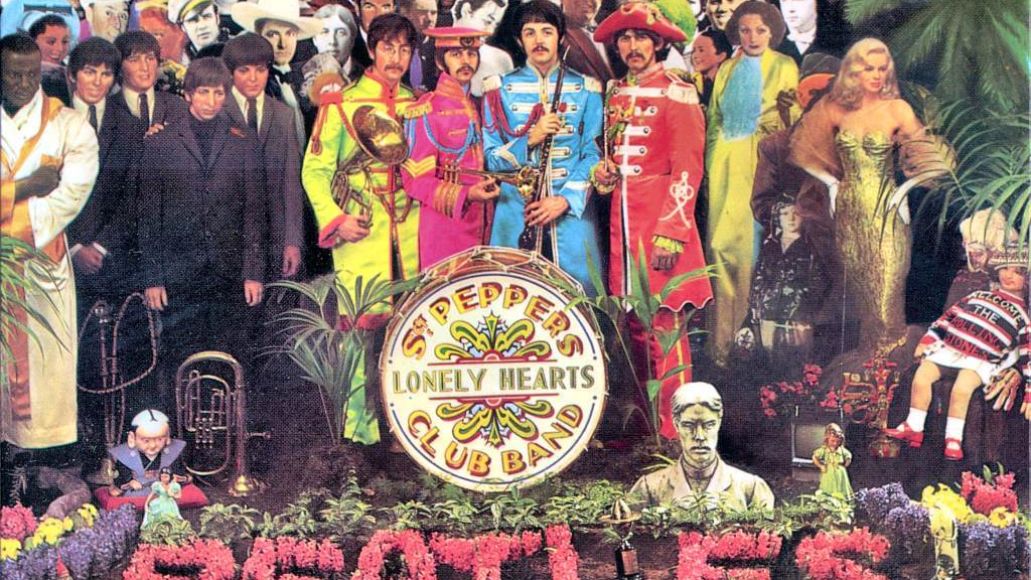 Sgt. Pepper's artwork updated to feature all the legends lost in 2016