Someone get Rod Tidwell on the phone! The Jerry Maguire Video Store is about to open its doors.

For years, Los Angeles video collective Everything is Terrible! has quietly amassed the world’s largest collection of Jerry Maguire VHS tapes, which they’ve colloquially dubbed, “Jerrys.” As previously reported, they’ve been asking for submissions from fans all across the world, who are then added to their ludicrous online leader board that tallies up the top donors. One pop culture psychopath has sent in over 1,300 tapes! 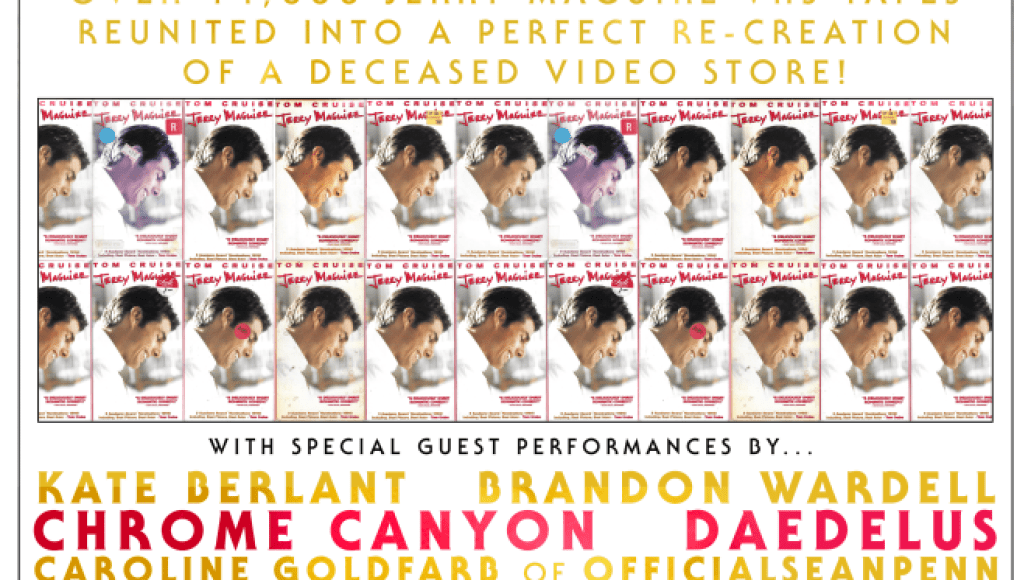 In addition to its thousands of copies of Cameron Crowe’s 1996 hit rom-com, the store will also be hosting a couple free events on the opening and closing nights along with some ticketed stuff for the weekends featuring Chrome Canyon, Mike Diva, Daedelus, Caroline Goldfarb, LA Takedown, Part Time, Kate Berlant, Wham City, DJ Douggpound, Versace Tamagotchi, and Everything is Terrible! Live.

What’s more, Everything is Terrible! will soon unveil the plans for their enormous, permanent pyramid of Jerrys, which they want to erect in the desert, where the tapes can quietly co-exist until the end of time. Every donation received at the store will go towards building this absolute monstrosity and if you can’t make it, they ask you to send financial donations online or by mailing more Jerrys to PO Box 50825, Los Angeles, CA 90050.

“This is the stupidest incarnation of the American dream and it must be realized,” they conclude.

Watch a commercial for the festivities above and RSVP for the events here.

The Jerry Maguire Video Store is coming to Los Angeles