Napa Valley’s BottleRock has revealed its 2017 lineup. The three-day music and wine festival takes place May 26th – 28th at the Napa Valley Expo.

Also performing are Macklemore and Ryan Lewis, Fitz & The Tantrums, The Naked and Famous, Catfish and the Bottlemen, Michael Franti & Spearhead, Warren G (!), The Strumbellas, Bob Moses, Giraffage, Galactic, Bishop Briggs, Jessica Hernandez & The Deltas, The California Honeydrops, and Con Brio, among others. 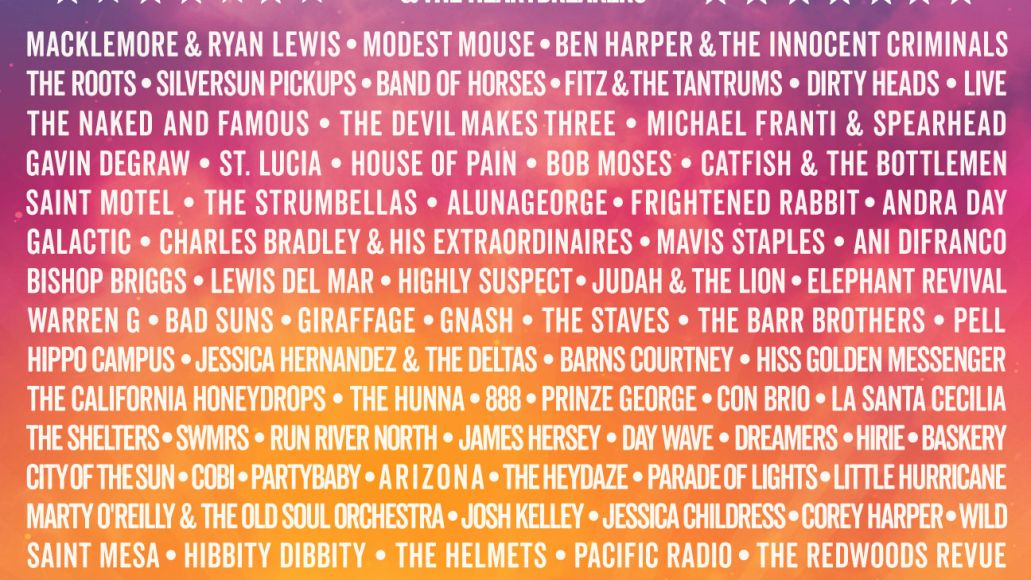