LCD Soundsystem made their epic live comeback last year, headlining festivals all over the world, including Coachella, Spain’s Primavera Sound, and Lowlands in The Netherlands. They also confirmed that their return to the stage was more than just “a victory lap” and that a new album, their first since 2010’s This Is Happening, was in the cards for the James Murphy-led outfit.

The band’s slowly but steadily made progress with the reunion record since then, signing with new label home Columbia Records and canceling shows in Asia to spend more time in the studio. Now, much to the delight of antsy fans, LCD Soundsystem have offered up an update on one of 2017’s most anticipated efforts. Responding to a Facebook commenter’s inquiry into the new album last Friday, Murphy wrote: “sure. still working on it, but it’ll be done soon. winter tends to mess with my voice, so finishing the thing drags out.” 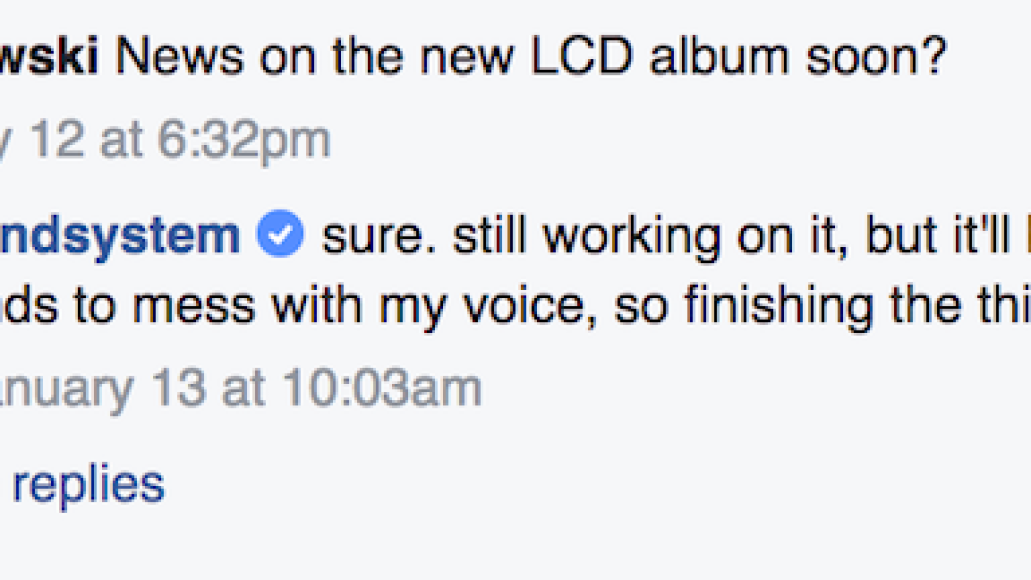 So, yeah, this is happening. Brutal allergies always make spring a total bummer for me, but if warmer weather means new music from Murphy & the LCD crew sooner than later, I’d be willing to load up on Zyrtec, pronto.