The Association’s 1967 hit “Never My Love” is one of the defining tunes of the ’60s vocal group era. It’s a gentle, almost unbelievably sweet love song that pledges everlasting devotion and — even more impressive — makes you believe that such a thing actually exists. Like Barack and Michelle Obama, the song exists to remind us that our own relationships are, by comparison, a big ol’ pile of garbage.

When Knox Hamilton set out to cover the song, they knew it was a risky move. “‘Never My Love’ is one of the most classic pop songs ever written,” admits vocalist Boots Copeland. “When we were contemplating doing a cover song we discussed not doing anything too epic in case it didn’t turn out, but ultimately we decided why not tackle one of the best. We were nervous that we wouldn’t do it justice but we couldn’t be happier with how it turned out. Well, if we’re being honest, we killed it.”

It’s refreshing to hear that kind of self-confidence from an indie rock band these days, but “refreshing” is pretty much the operative word with Knox Hamilton. The group’s forthcoming album, The Heights, strikes the ideal balance between sweet and not-too-sugary, with songs that sound like they could fill arenas but never sound like they’re trying to fill arenas (the distinction is key).

The Heights will be released March 10th, 2017, on Prospect Park Records. Check out “Never My Love” below, and scroll further down to see the album artwork and a list of Knox Hamilton’s upcoming tour dates. 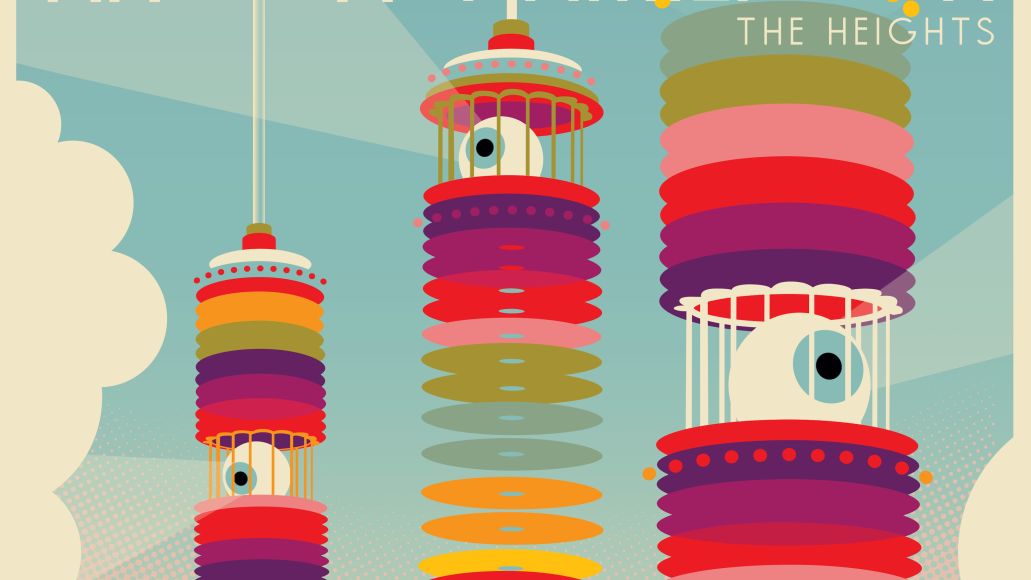