Lydia Ainsworth has released the video for “The Road”, the first single from her sophomore album Darling Of The Afterglow. The visuals are perhaps best described as a collage of beautiful, meticulously framed images starring Ainsworth and a small cohort of performers, with the scene shifting from the red-washed interior of a disco club to an expansive and bucolic (if you ignore the power lines off in the distance) meadow in the countryside. It’s a surreal feast for the eyes that darts back and forth between dance circles, tea parties, and moving paintings, and as such it’s a worthy complement to the song itself.

As it turns out, it sounds like a natural expansion of the music Ainsworth crafted on her 2014 album Right From Real, with stark piano chords punctuating electronic dream beats that seem to rise in waves from a sea of synths. It’s not quite pop, but it does feature one of Ainsworth’s most straightforward and alluring melodies to date.

The video for “The Road” was directed by Ainsworth’s sister, Abby. Darling Of The Afterglow is scheduled for release March 31st via Arbutus/Bella Union.

Darling Of The Afterglow Artwork: 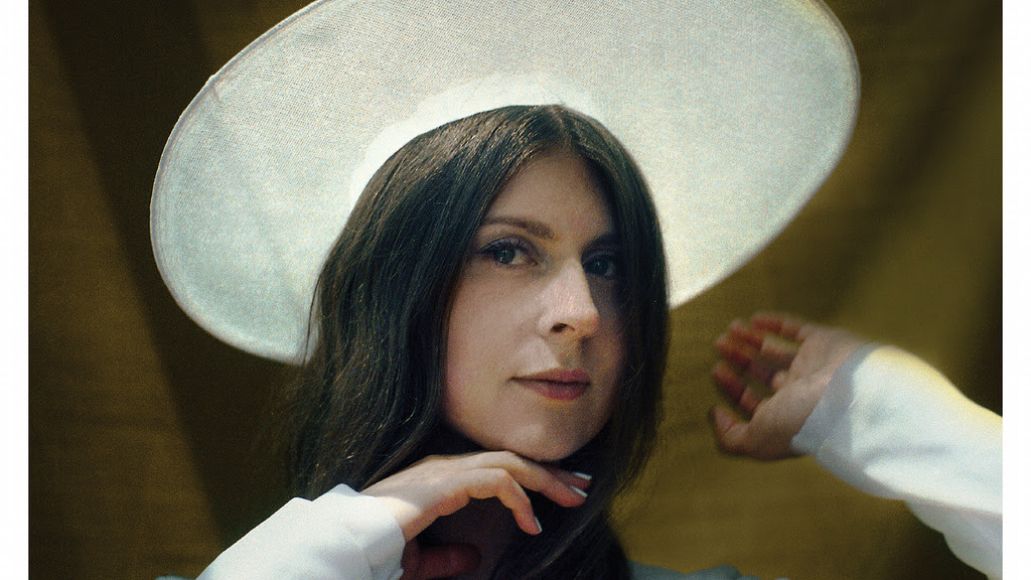