Mastodon promised that 2017 would be “an incredibly busy and fruitful year” for the band. Already they’ve announced a gigantic tour alongside Eagles of Death Metal and Russian Circles. Now, we’ve gotten details on the band’s next studio album, which will surface just as they hit the road in early spring.

Entitled Emperor of Sand, Mastodon’s seventh full-length is set for a March 31st release, according to an iTunes listing uncovered by Blabbermouth. The tracklist spans 11 songs recorded in Kennesaw, Georgia and produced by Brendan O’Brien. A preview of the opening track, “Sultan’s Curse”, can currently be heard on the band’s website ahead of its full premiere tomorrow.

According to a recent interview with Rolling Stone, the album grapples with themes of mortality, as the main protagonist within the lyrics “is handed a death sentence from a desert ruler, and then wanders an arid wasteland – a metaphor for illness and doom.”

“Time is a very big theme of the album,” drummer-singer-lyricist Brann Dailor explained. “How much time do we have left? What are we doing with our time?” He added, “It’s about going through cancer, going through chemotherapy and all the things associated with that. I didn’t want to be literal about it. But it’s all in there. You can read between the lines.”

Check out the artwork and tracklist for Emperor of Sand below, and stay tuned for a stream of “Sultan’s Curse” tomorrow. 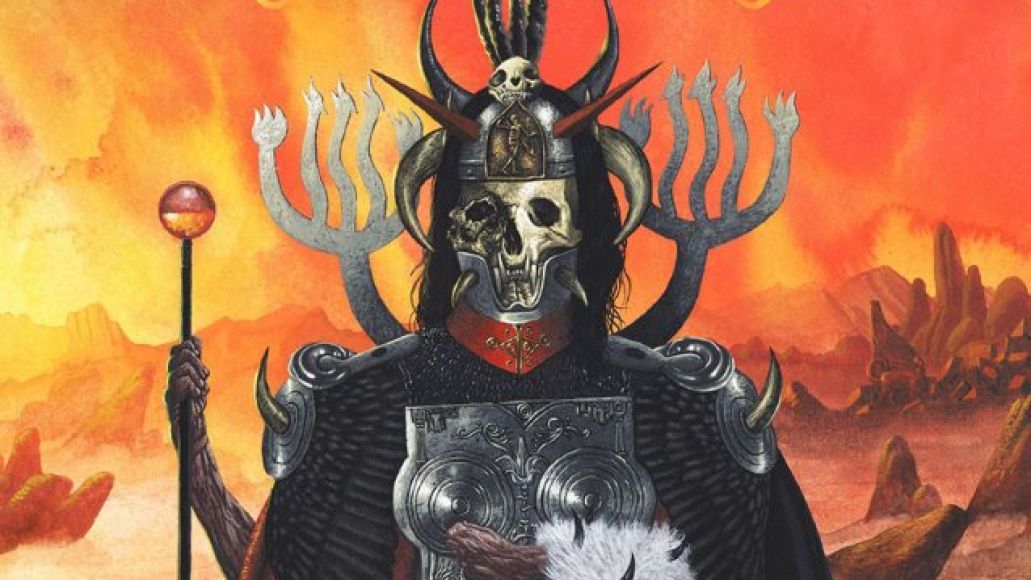 Mastodon announce new album, Emperor of Sand, due out in March