In an extensive new interview with Rolling Stone, Paris Jackson, the daughter of Michael Jackson and Debbie Rowe, opened up about her childhood, adult life, and battles with depression. She also spoke candidly about the passing of her father, revealing that she, along with other family members, believe that he was murdered.

The King of Pop died on June 25th, 2009 after overdosing on propofol, an anesthetic drug given to him by his doctor, Dr. Conrad Murray, to help treat insomnia. For his role in Michael’s death, Murray was found guilty of involuntary manslaughter and served two years in prison. Despite the doctor’s conviction, however, Paris insists something far more sinister happened that fateful day — that her father had been purposely targeted by someone and was a victim of murder.

“Absolutely,” the 18-year-old said. “Because it’s obvious. All arrows point to that. It sounds like a total conspiracy theory and it sounds like bullshit, but all real fans and everybody in the family knows it. It was a setup. It was bullshit.”

Paris claimed that “a lot of people” could be behind the music legend’s death, and that her father had expressed his concerns about his safety. “He would drop hints about people being out to get him,” she said. “And at some point he was like, ‘They’re gonna kill me one day.'” As RS points out, Lisa Marie Presley, one of Michael’s ex-wives, once told Oprah Winfrey that she’d had a similar conversation with him, in which he maintained that certain people were after him for his money.

Though the teen doesn’t know who the killer is, she does hope to one day get justice for her father. “Of course,” said Paris, “I definitely do, but it’s a chess game. And I am trying to play the chess game the right way. And that’s all I can say about that right now.”

Read the full interview here. Paris will appear on the cover of the February issue of RS.

In related news, Paris recently slammed TV movie Urban Myths for casting white actor Joseph Fiennes as her father. “I’m so incredibly offended by it, as i’m sure plenty of people are as well, and it honestly makes me want to vomit,” she wrote on Twitter. Following the backlash, the anthology flick was eventually pulled by its network, Britain’s Sky Arts. 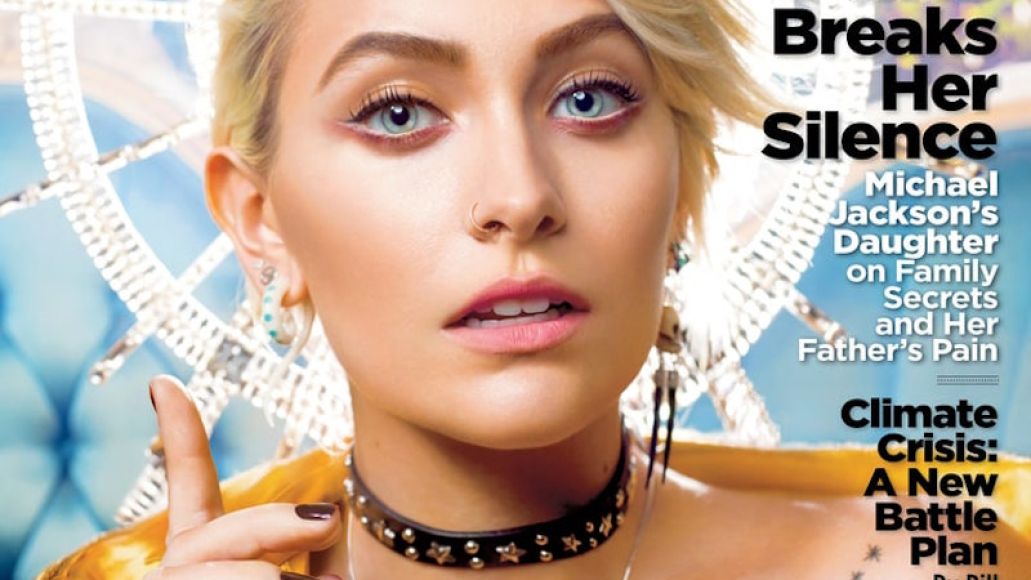