Perth psych-rockers Pond have announced a new album, The Weather, set for a May 5th release via Marathon Artists. Like their previous full-length, 2015’s Man It Feels Like Space Again, the Tame Impala associates’ latest was once again produced by Kevin Parker.

The 10-track effort is a loosely defined concept album structured around “all the weird contradictory things that make up a lot of colonial cities around the world,” particularly Pond’s hometown. Frontman and former Tame Impala touring member Nicholas Allbrook explained in a press release that The Weather seeks to shine a light on “all the dark things underneath the shimmering exterior of cranes, development, money and white privilege.”

“At the end of all this confusion in our weird little white antipodean world,” Allbrook said, “there’s the beach, purity and nature that brings us all together.”

The previously released track “30000 Megatons” opens the record, followed by the lead single, “Sweep Me Off My Feet”. Along with the album announcement comes a video for the latter of those two songs. The clip for “Sweep Me Off My Feet” comprises what looks like advertisement stock footage, like a smiling family on a beach vacation, business people acting way happier than they probably are, and, um, a bloody Jesus on the cross. Check it out below.

Pre-orders for The Weather are going on now. Find all the album info ahead. 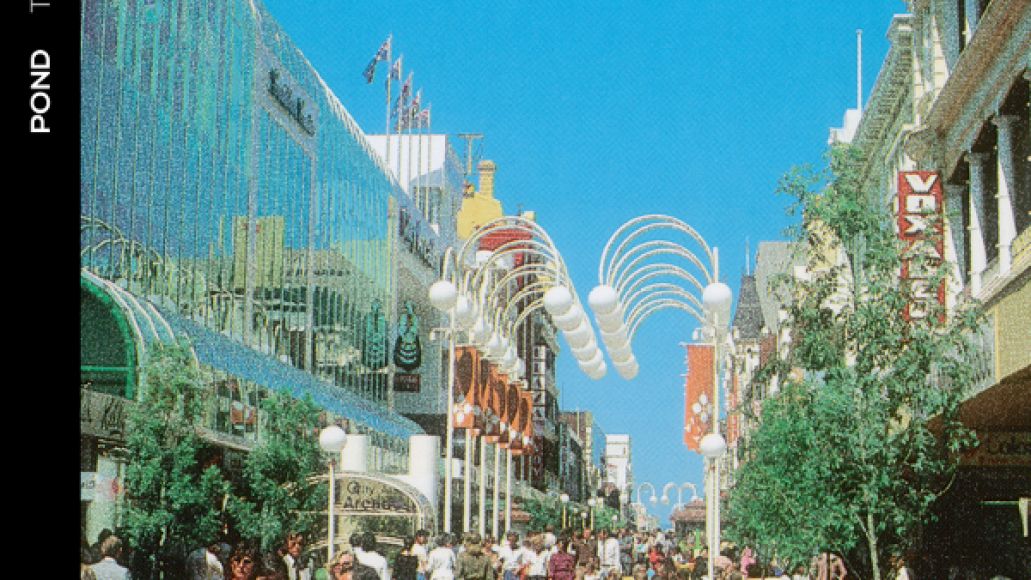