At a time when many around these parts are complaining about the quality of this year’s festival lineups, Rock Werchter stands apart as a shinning beacon of what’s still possible. Though you’ll have to travel all the way to Werchter, Belgium in order to attend, the festival’s lineup is certainly worth your time and money.

Radiohead, Arcade Fire, Foo Fighters, System of a Down, Kings of Leon, Blink-182, alt-J, and and Linkin Park were among the names already announced to play Rock Werchter between June 29th and July 2nd. Now, organizers have expanded the lineup with the addition of Lorde, James Blake, Future Islands, Dropkick Murphys, Imagine Dragons, and The Lumineers, with nearly 100 more acts still to be announced. 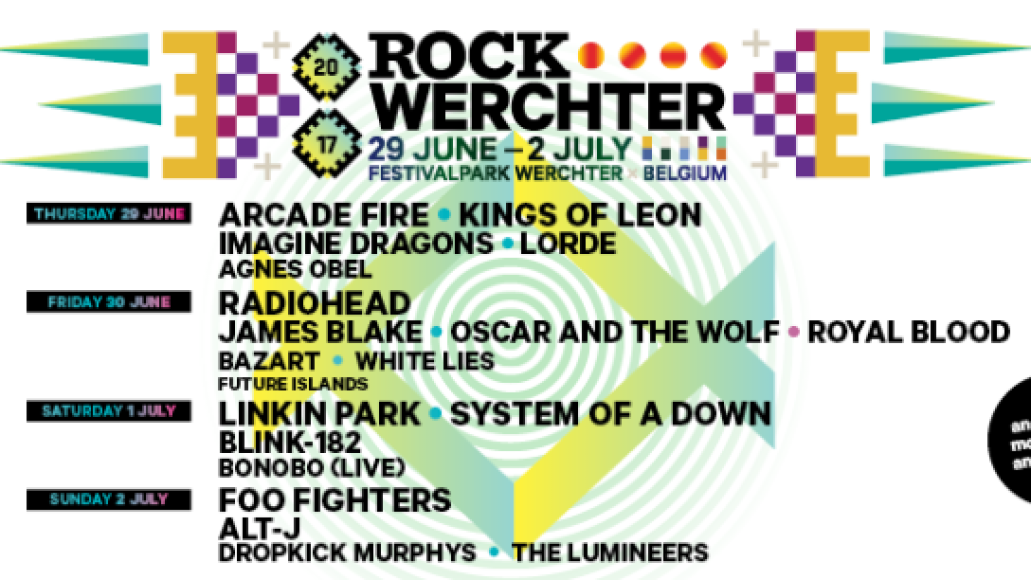 Rock Werchter goes down June 29th – July 2nd at Werchter, Belgium. Tickets are on sale through the festival’s website.