Shia LaBeouf has admittedly undertaken some wacky projects since he remade himself into a performance artist, like that time he hitch-hiked across America or pulled that 24-hour elevator stunt. However, you have the give the guy credit for the beauty and ambition of his latest installation.

At 9:00 AM EST today, the actor launched a live streaming protest of President Donald Trump that is set to run for the entirety of his four year term. LaBeouf positioned a camera outside of the Museum of the Moving Image in Queens, New York. People are invited to stand in front of the camera and stream their image to the world as they repeat the phrase, “He will not divide us.”

LaBeouf himself has yet to appear on-screen, but his pal Jaden Smith has been standing there for well over three hours as other passerbys join him in the chant. Check out the stream here .

In case Smith has moved on by the time you’re checking out the stream, here’s proof he was there: 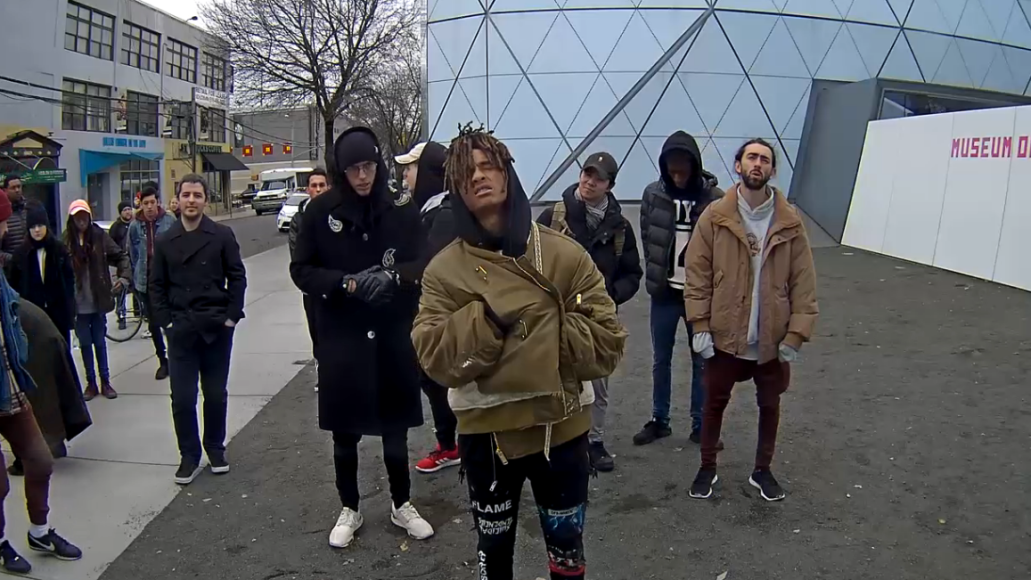