St. Vincent has designed a new line of signature guitars, one of which she’s lovely named after the late, great David Bowie.

Done in collaboration with Ernie Ball Music Man, the new model of guitar made its live debut back in 2015, when Annie Clark made an appearance at a Taylor Swift concert in Los Angeles. It will finally be available for purchase on March 3rd and will come in four bold colors: Stealth Black, Tobacco Burst, Heritage Red, and Polaris White, which Clark has specifically dubbed the Thin White Duke.

“It’s a classic, elegant-looking guitar,” she recently told Guitar World, later adding, “I’ve been playing it every single day, putting it through its paces and writing song after song on it.” Clark can be seen holding the Bowie-named axe on the cover (above) of the magazine’s January 2017 issue. A press release further details the sleek instrument:

Check out a short clip on the signature collection, followed by another image of the Polaris White model. 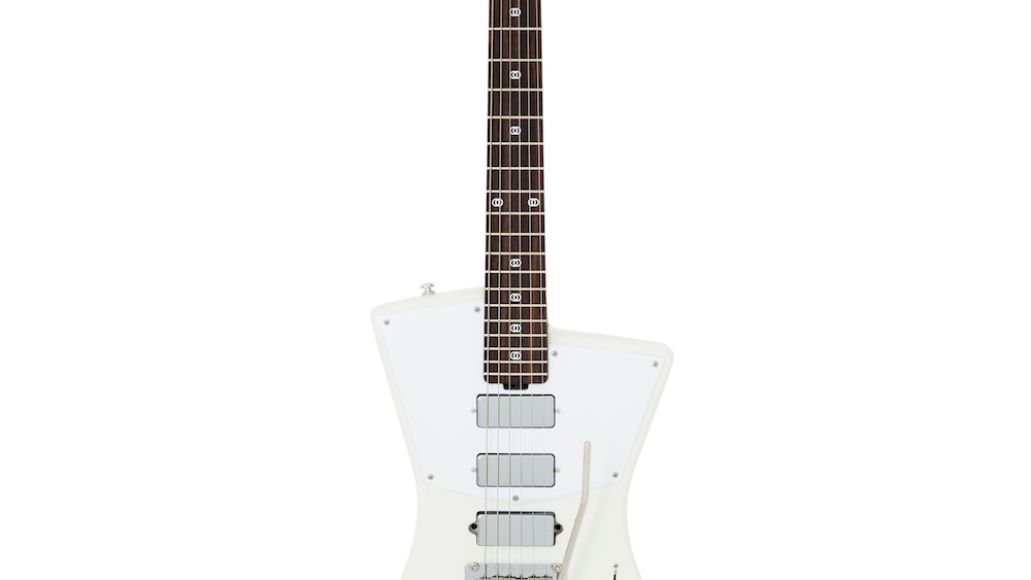 Aside from showcasing a new guitar, the Guitar World cover also finds Clark taking a stance against run-of-the-mill, sexist music publications that tend to only feature women if they’re scantily clad.

“I did a quick Google search of women on the cover, and all I really saw was girls in bikinis holding guitars like they’ve never held a guitar before,” Clark explained to the magazine. “I started thinking about that and just wanted to make my own absurdist comment on it. I couldn’t really let it slide without poking a bit of fun and taking the piss a little!”

Clark previously designed a line of Ernie Ball guitars in 2015. Her forthcoming album is one of our most anticipated of the year.

St. Vincent designed a new line of guitars, and named one in honor of David Bowie