Regardless of how listening to albums and songs has changed over the last several decades, live music remains a constant. Around this time of year, loads of artists announce their live show itineraries while festivals cue us in to other performers who are likely to be on the road. As fans, we scan these listings looking for our home city (or something within a reasonable distance), plotting out just who we get to see and when we get to see them.

As always, it’s difficult to nail down the best tours coming our way. Maybe that’s why we update this feature a few times a year. Aside from the following 25 artists, which include giant stadium tours and tiny club shows, festivals have already clued us in that the likes of Tool, Lorde, Frank Ocean, Solange, and Future Islands will also be on the road. Plus, we opted not to list artists like Bon Iver, Mitski, Angel Olsen, and Japandroids, whom we included in our previous installment. And there are sure to be surprises. Will Kanye West return to his floating stage? Will Arcade Fire, Ryan Adams, and Dirty Projectors tour widely in support of new releases? This is sure to be another great year for live shows.
__________________________________________________________ 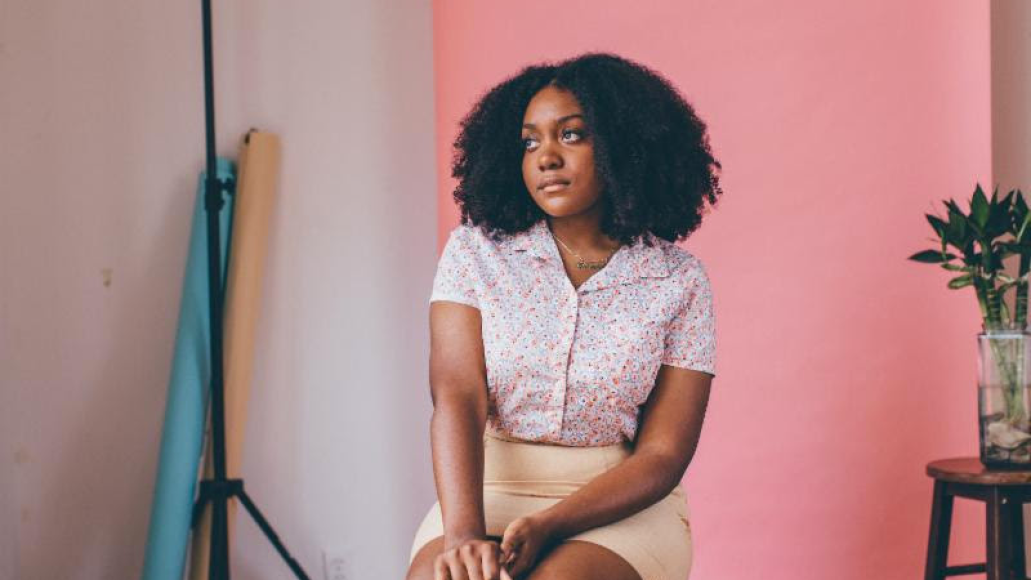 Black girl magic is real, and Noname wields enough to cast the entire world under her spell. Her debut LP, Telefone, is full of wisdom beyond her years and harmonies that send shivers down your spine. Everything she does has originality sewn into it — which is why Chance the Rapper and Mick Jenkins sought her out for collaborations early on in her career. As she proved during her appearance on Saturday Night Live alongside Chance, her pipes sound just as moving live as they do on record, so she’s stepping into the light to flaunt them on a proper, lengthy tour with opener Ravyn Lenae. Noname’s hype is rightfully deserved and ever-growing. Case in point: Every single show on the tour is sold out. Chances are a couple ticketholders will fall ill, though, so it’s worth trying your luck showing up at doors to grab a stranger’s spare. The show will certainly be worth it. –Nina Corcoran 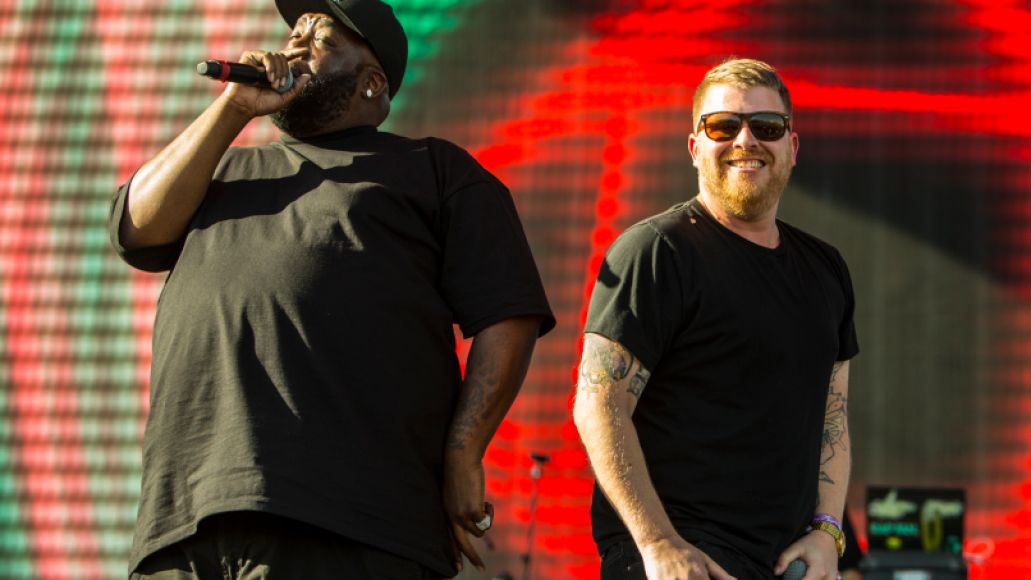 Run the Jewels have been all over the world over the past few years, and why not? El-P and Killer Mike have each made a lot of great music on their own, but they’ve never been bigger than they are as rap’s foremost tag team of the moment. It’s a testament to how good their album trilogy has been that we’re just as excited to see them tour behind the Christmas fucking miracle of Run the Jewels 3 as we were when this all got started four years ago, even after all the dates and festivals since. And even if you’ve seen them multiple times, RTJ deliver the kind of fire-breathing live performances that carry the torch for the best of live hip-hop, and there’s just no such thing as too much of a great thing. Plus, Donald Trump’s going to be the president, and it’s a reasonable assumption that RTJ will have thoughts on the matter. –Dominick Suzanne-Mayer 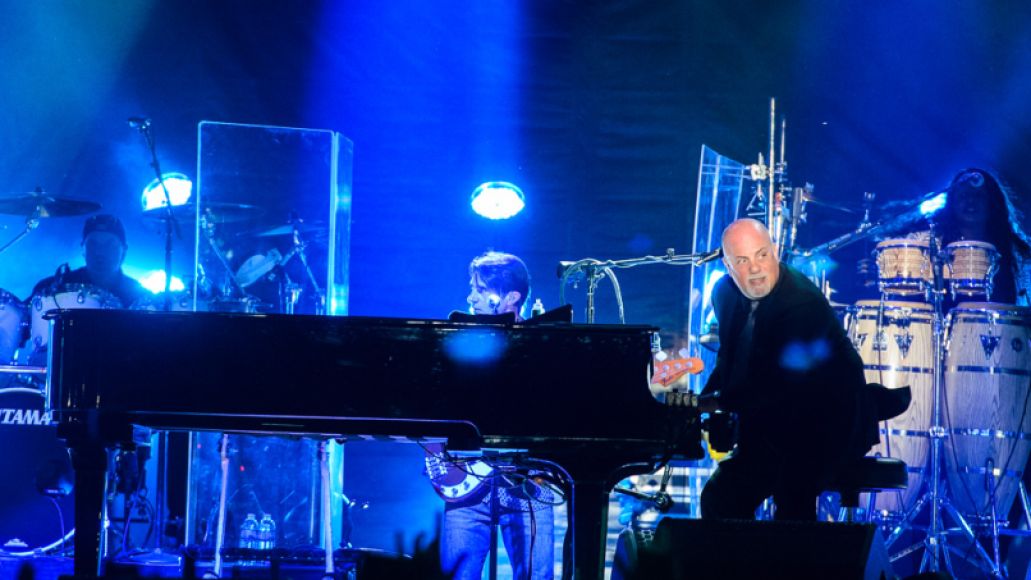 Baseball may still be America’s pastime, but considering the amount of time he’ll be spending on diamonds across the country in the upcoming year, Billy Joel may just supplant its reign. The Piano Man is set to play sports centers ranging from the New Orleans arena the Smoothie King Center to classic baseball stadiums like Los Angeles’ Dodger Stadium to Chicago’s Wrigley Field. Ever the showman, the legendary singer-songwriter continues to put on crowd-pleasing performances at his residency at New York’s own iconic Madison Square Garden, a commitment he’ll continue to honor in the midst of his nation-spanning tour. Instead of a bottle of red or a bottle of white, Joel may be singing about whether the peanuts or the cracker jack are more on the menu. 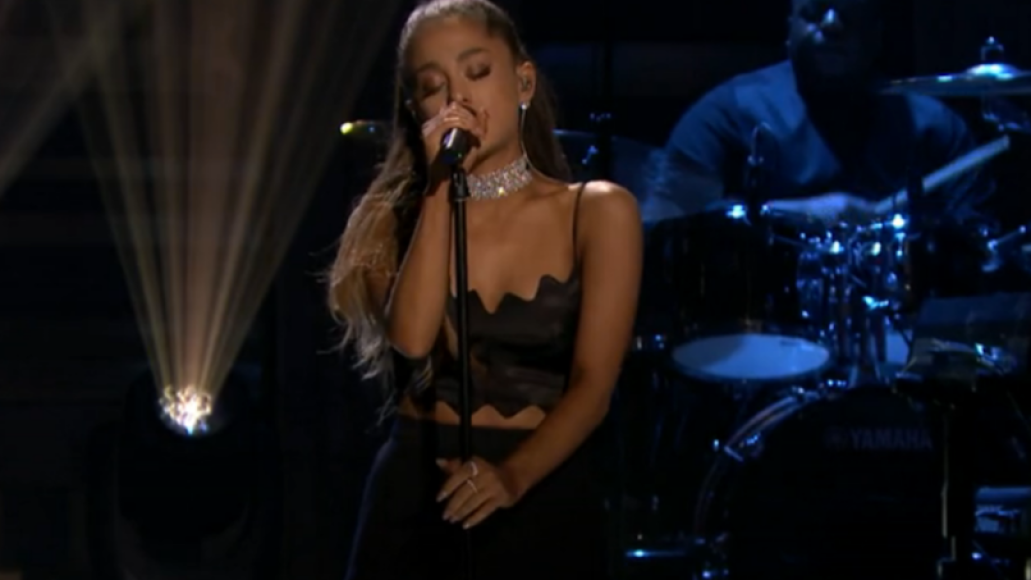 Don’t roll your eyes at Ariana Grande. She’s barely 23 years old and already dominating the pop world, but that’s not what makes her stand out. It’s Grande’s ability to collaborate with Stevie Wonder, her support of Black Lives Matter, and her voice’s leaps and bounds that still somehow seem underutilized despite her vocal range. If you thought her VMAs performance of “Side to Side” was ridiculous, wait until you see what she prepped for this tour. Grande’s got a flair for vocal and visual dramatics alike, which means the tour for Dangerous Woman will bring the drama from start to finish. —Nina Corcoran

Bonus: there’s no word regarding openers yet, but given this is the biggest tour she’s ever done, it’s bound to be someone good. 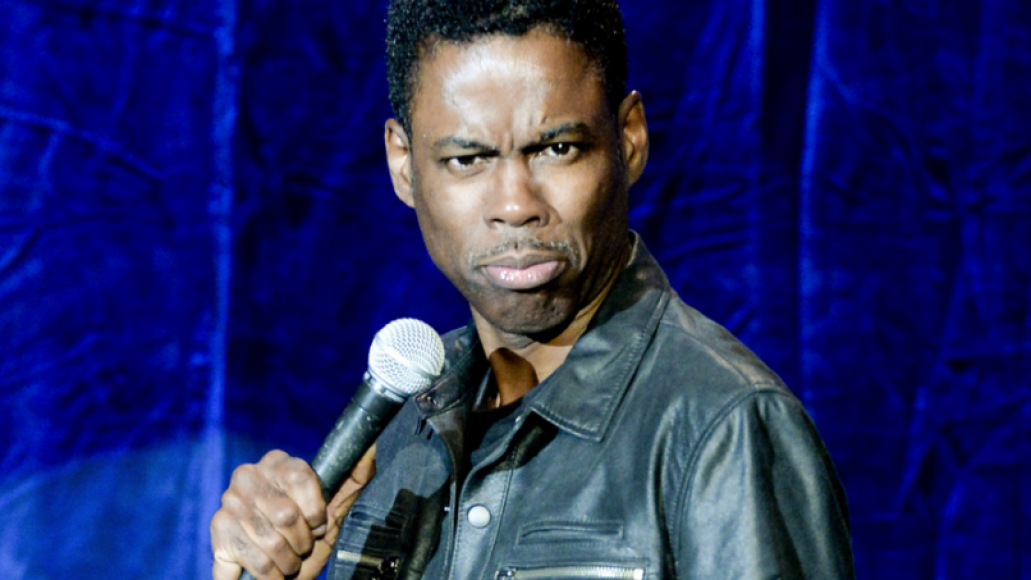 “Is America ready for a black president?” Chris Rock asked rhetorically in a special SNL Road to the White House report back in 2007. “Why not? We just had a retarded one,” he concluded. A decade later, we might ask Rock the same about an orange president and let him do what he does best: deliver a punchline. Sure, he paid his dues on SNL in the ’90s and went on to find A-list success on television, in films, and as an Oscars host, but make no mistake about it: Chris Rock is a stand-up comedian first and foremost, and it’s been nine years since he last brought his singular, foul-mouthed worldview to stages. And given the racial and political tensions of our times, never has his perspective and ability to find humor in the bleakest of realities been more needed. –Matt Melis 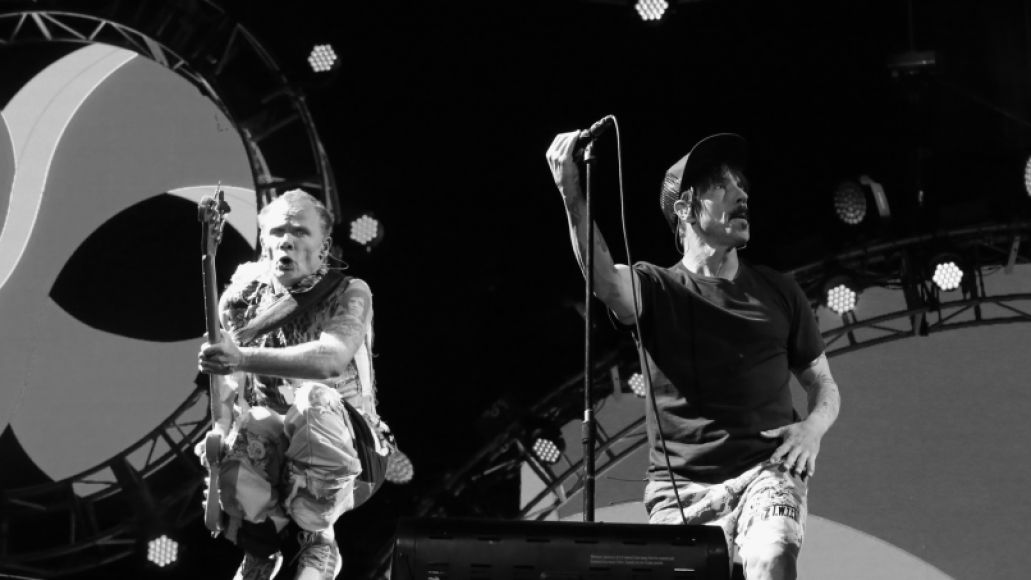 It can be hard to take the Red Hot Chili Peppers very seriously these days, and touring with a J-pop metal act comprising three teenage girls doesn’t exactly help matters. Or does it? On one hand, the Chilis have nearly painted themselves into a corner after turning in more of the same scabadabadoos on their latest album The Getaway. On the other hand, the band have never sounded looser and more fun during their live shows, rejuvenated by the tastefully frenetic guitar playing of young gun Josh Klinghoffer. They’re still one of the biggest rock groups in the world, but they sure don’t act like it. Maybe that’s why BABYMETAL actually makes a ton of sense as their opener. These three girls know how to get an audience riled up, but there’s an ostentatious sense of fun behind the very idea of the group’s existence. If a band this young can rock this hard, who’s to say the Chilis are too old to let their hair down a bit? —Collin Brennan 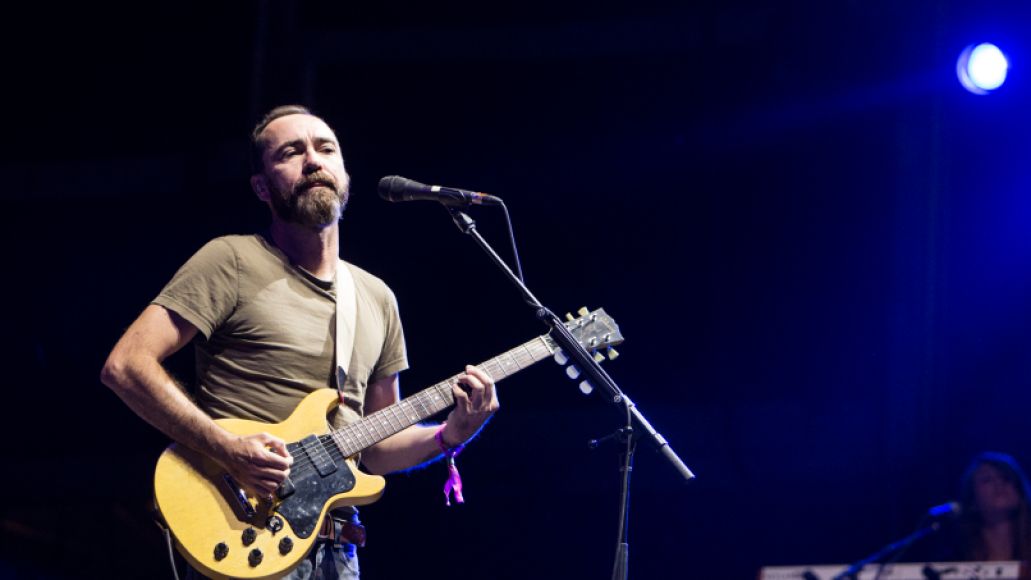 Face it: The Shins aren’t playing Coachella. Or Panorama. Or too many other festivals this year. (At least if we’re to go by the few lineups that have appeared over the last two weeks.) So, those aching for a little melancholy beyond their record collection and out in the open air will have to catch James Mercer and co. at one of their select tour dates. Right now, it’s slim pickings with a few dates here and there, but considering they’ll drop their fifth studio album, Heartworms, in March, they’ll undoubtedly have a proper run sometime before December. Then again, Mercer could go totally mental and refuse to tour beyond the 10 dates below, opting to lock himself in a basement until 2018. That probably won’t happen, but you just never know, people. The world’s a twisted place, and The Shins are a twisted band. Only one of these statements is true. –Michael Roffman 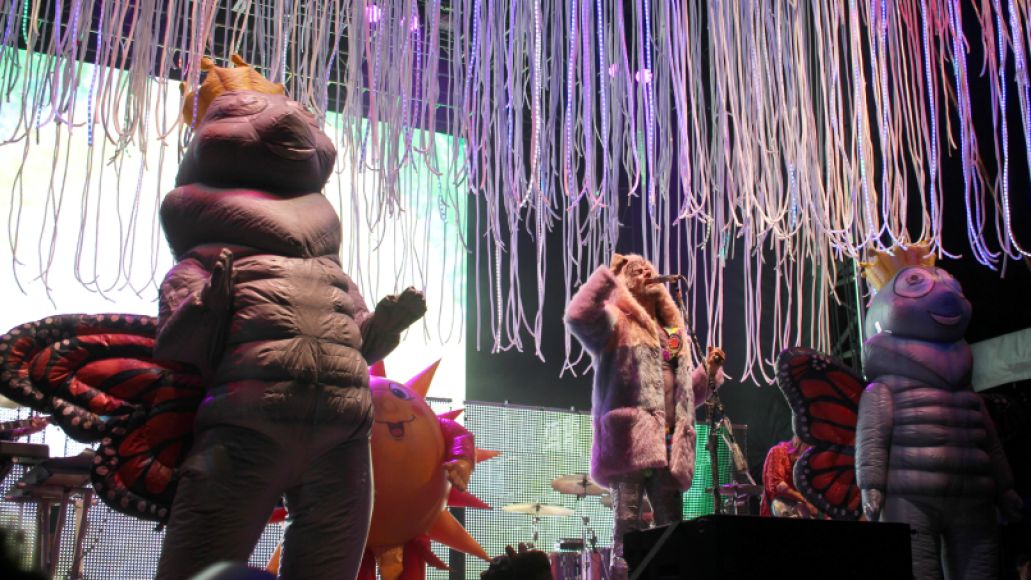 The Flaming Lips’ reputation as a live band doesn’t need explaining. Their DIY whimsy and attention to spectacle is a big reason why they’re such a revered act. That said, one of the coolest things about the band is how their live shows change from album to album, often matching the new songs in atmosphere and color. So, there is genuine excitement to see the sets for Oczy Mlody find a way to present that album’s simultaneous sense of dread and hope. Europe will get the first crack at the band, but the Lips will be back to the states in March. As of now, they’re sticking to the eastern half of the US (Boston, New York, Atlanta), but if we know the band, expect many more performances to be announced. –Philip Cosores 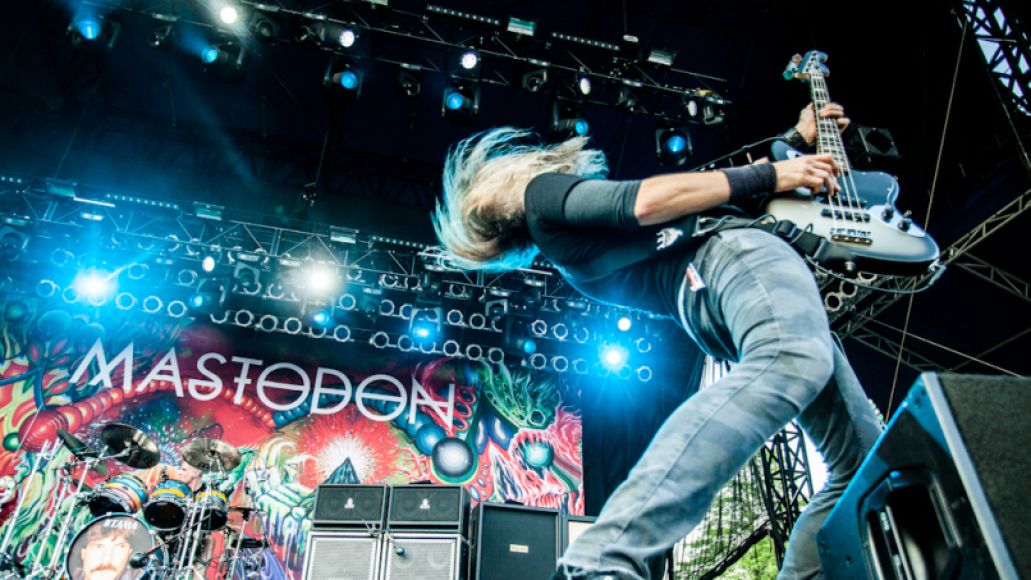 Mastodon is one of modern rock’s goofier bands, and despite continuing to re-establish their credentials as one of metal/alternative/whatever we’re calling them now’s torch-bearers, the announcement for their 2017 tour just reiterates that fact: “We couldn’t be more excited to pour majestic rock sauce all over your town. Come on down and help us celebrate the season of new beginnings where fresh buds bloom, animals awaken, the earth comes to life and there’s a new Mastodon album to melt your face off!” As they prepare to release the follow-up to Once More ‘Round the Sun later this year, expect some new material to come with the band’s spring tour. And, y’know, rock sauce.

If that doesn’t already have you excited, how’s this for a sweetener: Eagles of Death Metal and Russian Circles will open, ensuring a thoroughly muscular evening of music. We can already hear the ringing of tinnitus and smell the heavenly aroma of spilt beer and secondhand pot. –Dominick Suzanne-Mayer 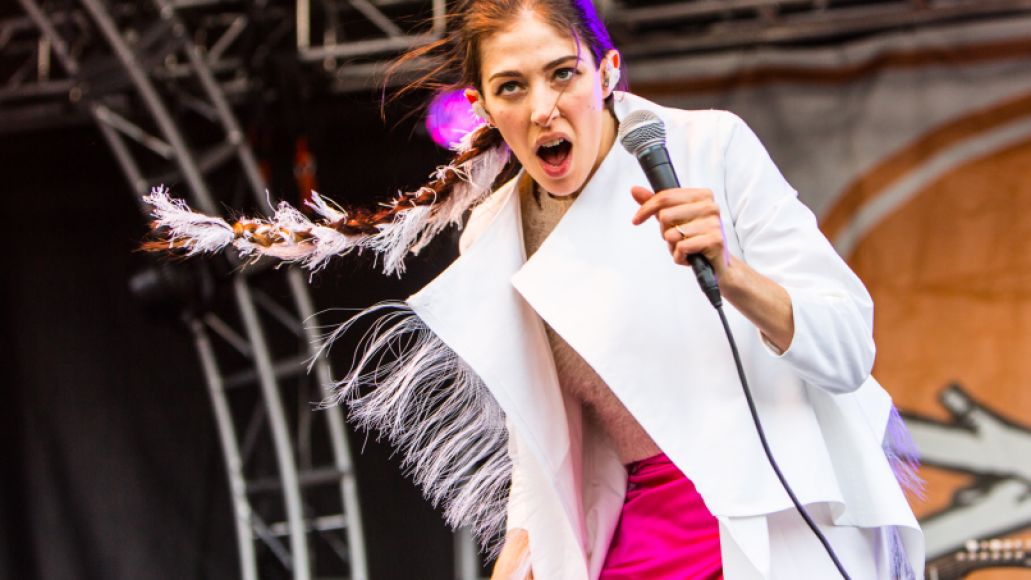 Once-in-a-lifetime shows are something every concertgoer should aspire to see. That’s why the forthcoming run of dates from Chairlift are so important. Back in December, Caroline Polachek and Patrick Wimberly announced that their spring tour would be their last as a band, which means, yes, you should probably catch them at one of the select handful of dates below. Looking at the itinerary, one would have thought they’d go out with a bigger bang, but oh well, this is what you get. In a way, the scant seven dates makes the whole thing even more limited and essential. So, what the hell are you waiting for? Grab tickets now before they’re gone forever and ever and ever and ever. –Michael Roffman