On Sunday night’s Golden Globes ceremony, the unthinkable happened. HBO, long the leader of the charge in the Golden Age of television, was shut out at the awards show, a first for the network in 26 years. Maybe it’s been a long time coming, what with streaming services and basic cable networks slowly catching up in terms of the quality of programming they can offer. Some of the last decade’s most acclaimed offerings, including Mad Men and Breaking Bad, didn’t require a premium subscription. They took HBO’s model and ran with it.

And if you’re going to breakdown what specific networks are helping buck the HBO mystique, FX is high on the list. A channel that just 20 years ago was a hub for Fox reruns like Married… with Children and The X-Files has become an original programming juggernaut. It was FX’s Atlanta that won Best Comedy Series on Sunday night, its The People vs OJ Simpson that took Best Miniseries, all while the likes of The Americans, Louie, Fargo, and You’re the Worst captivate critics and audiences alike. A move like ordering Taboo, a period drama that’s violent and stark and uncompromising, is the logical next step.

After all, the pedigree for Taboo is there. Yes, there is Ridley Scott’s name in an Executive Producer role, but at the core of the show is a team that is intimately acquainted: Steven Knight, Edward “Chips” Hardy, and, most famously, Tom Hardy. Knight and Tom Hardy have previously worked together on Peaky Blinders and the 2013 film Locke, both of which saw Knight leading through story and direction while Hardy worked in front of the camera. This time it’s more collaborative, with Hardy working alongside his father to craft the story of a British man returning home after being presumed dead to reclaim his rightful estate in the wake of his father’s untimely death. 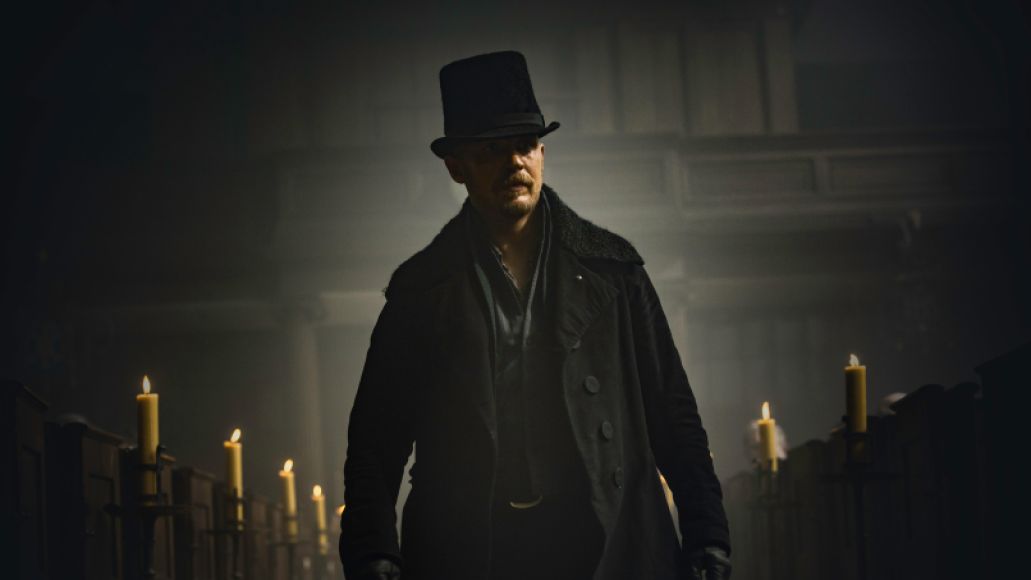 Even though Tom Hardy’s history in television is extensive, dating back to HBO’s Band of Brothers and continuing with Peaky Blinders as his esteem as a movie star grew, it feels like a significant get to have him starring in an FX series. The last several years have found him bouncing from Bane to Mad Max to thankfully skipping out on Suicide Squad to netting an Oscar nomination for antagonizing Leonardo DiCaprio in The Revenant. The fact that he’s so far beyond TV adds a certain mystique to the project — a bold example of prestige casting as FX tries to barrel further down the rabbit hole of prestige television.

A dive into the first three episodes of Taboo, though, doesn’t feel prestigious. We find Hardy playing James Delaney, the type of guy that will steal the shillings right off his dead father’s eyelids. The type of guy that misses no opportunity to remind anyone he encounters that he’s tortured, dangerous, and mentally unstable. The type of guy that used to bone his sister (Oona Chaplin, performing in one-gear of utter fright) and won’t be content until he bones her again. It’s not exactly a far cry from his other brooding, menacing roles. And if this is a role Hardy felt he needed to shift to TV to play, his reasoning has yet to materialize.

Instead, we see Delaney enter into political intrigue. It’s 1814 and he’s inherited a portion of land off Vancouver Island that both the British and the Americans want for their own, enough so that the British are willing to kill Delaney for it. Delaney’s life is complicated even further when his father’s widow actress (Jessie Buckley) appears, claiming a portion of the inheritance for herself. For all his wild-eyed conniving to see America and Britain compete for the important shipping property — not to mention his even wilder maternally inherited Native American shamanism that gives the show a half-baked fantasy element — Delaney appears to be fully in control of the situation, moving the chess pieces for an endgame that isn’t quite clear. Indeed, the big reveal that will eventually come is when we find out exactly what Delaney wants. Is it revenge for his father? Is it all the tea in China? Is it simply a hatred for the crown after seeing untold atrocities in Africa? Possibly all of the above? 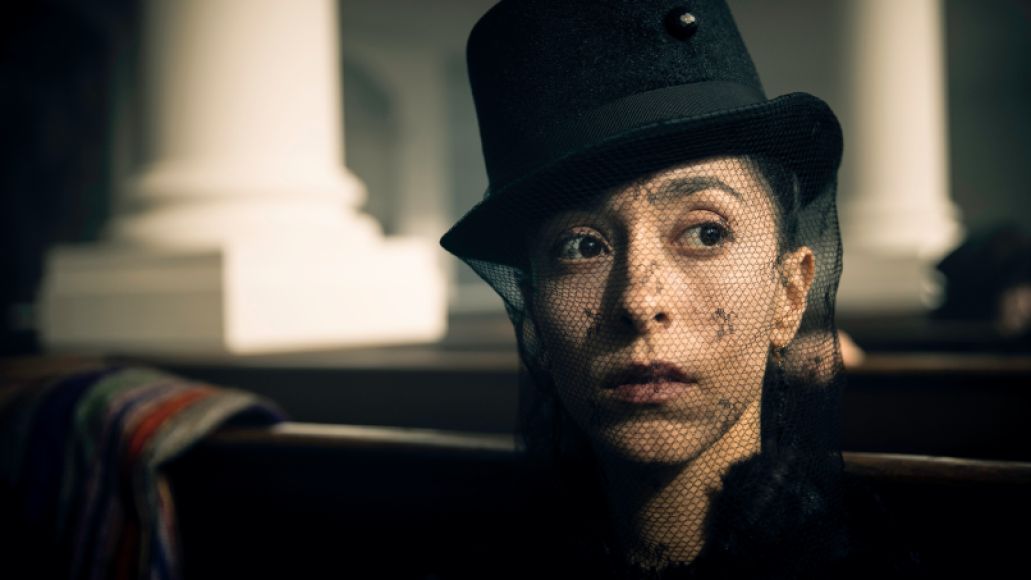 Maybe Taboo’s biggest whiff, though, is in the creation of its world. It’s certainly detailed, a distant London where the dogs are thin and the inhabitants are likely to have blood smeared on their face regardless of their profession. Sure, the gritty, yellow teeth and leathery skin all feels authentic, but this world isn’t a place many viewers will likely want to spend time in — at least not for over an hour every week. It’s a poor measurement as to what successful TV entails, the opportunity to bring viewers into unknown places and provide something that either reflects their reality or unveils something their reality lacks. After three hours in Taboo, it’s hard to imagine wanting to go back to the dreary, muddy, frosty experience.

There are a few glimmers of promise, though. When the series shifts its attention to Jonathan Pryce’s Sir Stuart Strange, looking 20 years older than he did as the High Sparrow on Game of Thrones, the story is at its most propulsive. Pryce and his cohorts of British dignitaries are portrayed with just the right amount of vileness (one sniffs drugs openly, another looks like a personification of gout) that they pose formidable adversaries for our anti-hero. On the other side of the spectrum is Michael Kelly’s Dumbarton, an American that oozes with the same menace as Kelly brings to his House of Cards character, Doug Stamper. Rounding out our potential villains is maybe the most loathsome of all, Jefferson Hall’s Thorne Geary, the husband of Delaney’s sister who is repugnant enough that it’s reasonable to think she might be better off coupling with her brother.

As Taboo goes forward, Delaney’s mystical powers will inevitably play a more central role, but as of now, the promise that the show has some payoffs hidden up its sleeve isn’t enough to slog through the dampness with these characters. Both the second and third episodes conclude with moments of violent danger for its central characters, but there isn’t enough reason to really care what happens. If Hardy thought that drawing out a series might allow for a more fleshed-out role than he can achieve in film, the opposite is happening. Hours and hours of this is asking too much of the audience, ignoring that peak television also means peak competition for the viewers’ time. With so many great options on the small screen, Taboo‘s attempt to be prestigious comes across as rather too tedious.