“This is not a travel ban; this is a temporary pause.”

On Saturday, January 28th, President Donald Trump’s executive order on immigration hit hard, and it hit fast. At least 109 people were detained at airports whilst en route to the United States. Among those caught up in the chaos: two associate professors of engineering at the University of Massachusetts Dartmouth; an Iraqi interpreter who assisted US military members in combat; and a 78-year-old grandmother.

Trump’s executive order keeps refugees from entering the US for at least three months, predominantly immigrants from Muslim nations: Iran, Iraq, Syria, Sudan, Libya, Yemen, and Somalia. America’s new Secretary of Homeland Security, John Kelly, dismissed the notion of it being a “travel ban,” instead calling the executive order a “temporary pause.”

Yet, the ripple effect of such a catastrophic edict is no momentary pause. It has stopped lives from carrying on and prevented people from returning to a place they once thought was within their right to call home. 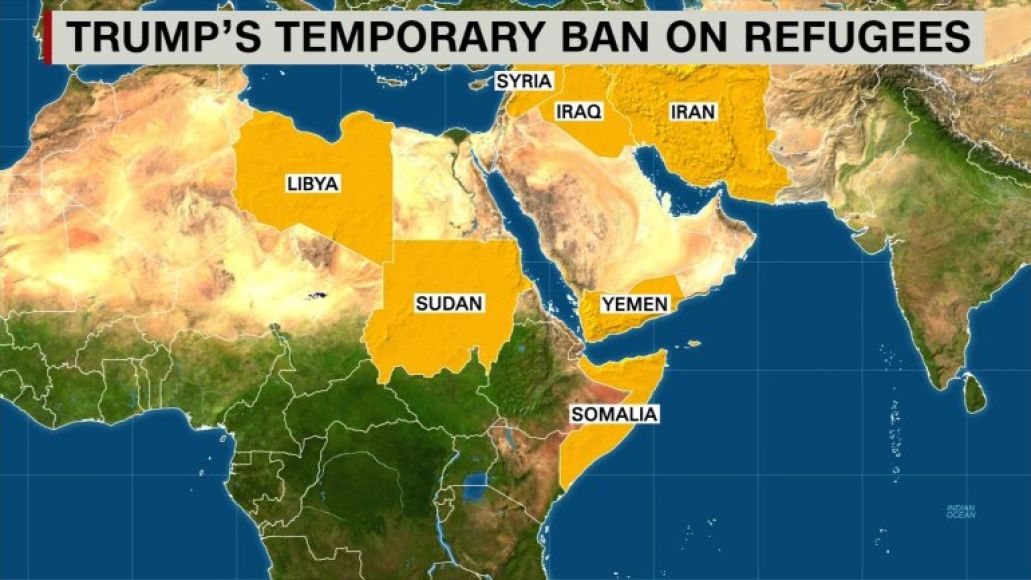 The ban follows Trump’s campaign promise of “extreme vetting,” yet it seems the president doesn’t abide by the same standards for his own cabinet.  As reported by multiple media outlets, Trump never ran this order by Justice Department officials, and Homeland Security officials weren’t given protocol about how this ban should be implemented. Needless to say, the chaos is on high-speed overdrive.

That chaos spreads far and wide, and among those with personal stories of its effects are musicians wanting to share their art, including Iranian electronic musician and producer Ash Koosha. “This executive order will prove ineffective in its supposed goal of defying terrorism,” he says via a statement he sent to us, which he had also made public on the website of indie label Ninja Tune. “It is the outcome of petty political pandering to the detriment of thousands. Personally, I won’t be able to go on my USA tours, share my discoveries in sound and music, or promote the first VR album experience in the biggest market in the world. More importantly, refugees won’t find safety, families won’t be reunited, academics won’t be able to continue their research, and people are stranded in a limbo of unknown future.”

Koosha grew up in post-revolution Iran, in an environment riddled with conflicting values, views, and a lack of social freedom. As he explains, he was discouraged from learning music and practicing any creative expression. The term “ban” was not unfamiliar to him: “I was jailed for organizing and performing a concert in Iran. Later, I was accused of promoting western values and, in turn, revealing the extent of Iran’s censorship and ban on many forms of contemporary arts. Consequently, I found myself, my family, and friends in exile, both in Europe and the USA. This was a sad drain of creative minds and youthful energy from a country that desperately needed its younger generation.”

He fled to the UK, becoming a diplomatic refugee, but the pain stretched far beyond a cultural ban. “We suffered through anxiety, distress, and a crisis of identity while in exile,” Koosha notes. “We even lost friends to death in the aftermath of this transition. We became refugees, not celebrated artists.”

The world has been told to believe the US is built upon freedom, freedom of speech, arts, and diplomacy. Many fellow artists in the same position as Koosha are now unable to fulfill their dream of traveling to the US and sharing their voice and their art with the world’s biggest market. “SXSW is alarmed by the Trump administration’s decision to ban citizens of seven predominantly Muslim countries from entering the US,” says Brett Cannon, publicist for SXSW Eco and SXSW Music. “We are working to understand how the ban will impact our participants and how we can use our voice to support those directly affected by this executive order. We stand against discriminatory laws and unequivocally support civil rights for all persons everywhere. Participation by speakers, artists, and filmmakers from around the world is crucial to the creative mix of ideas that makes our event meaningful.”

These countries also produce artists who are able to see beyond geographical limitations, cultural boundaries, and religious beliefs, and all they want is to contribute to a conversation of like-minded individuals — wherever they may be: “Be it music, film, exploring the future of humanity, and tackling issues such as Universal Basic Income, climate change, and more,” explains Koosha. 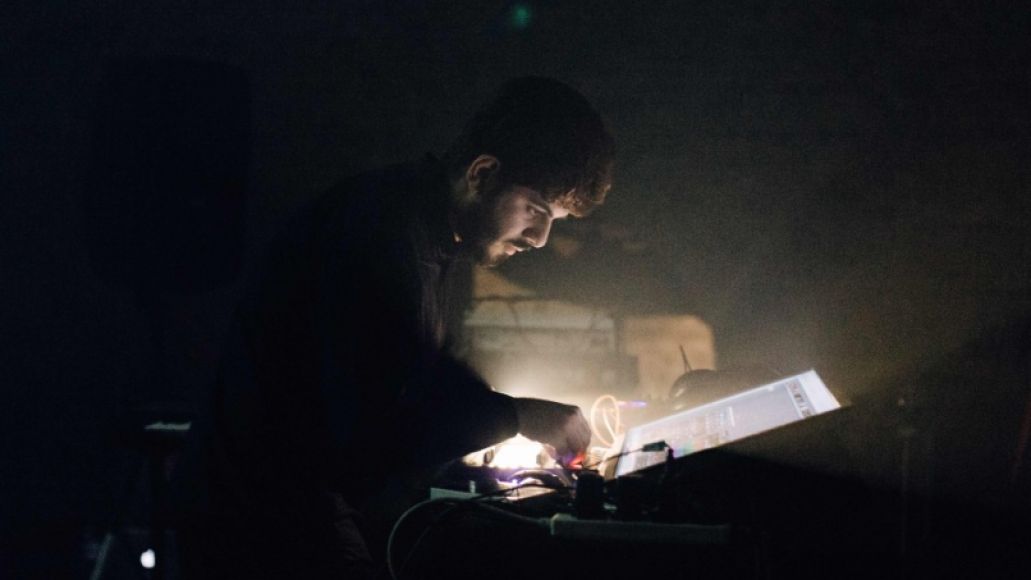 But Koosha is not the only musician speaking out. Omar Souleyman, the Syrian wedding singer who began wooing the West several years ago, had more than 500 live albums in his pocket before civil war and unrest erupted in his homeland in 2011. Souleyman wished to visit the US this year, having already obtained an approval notice for his O1 visa status (extraordinary ability/temporary worker). Souleyman writes Arabic love songs brimming with positivity and enlightenment. Even having obtained an approval notice, he was held by Border Security at the end of 2016 before he was expected to perform at a NYE show in Austin. “The questioning with the Border Police Officer at Houston airport was pretty rough, and we nearly missed our party. We got to Austin at 12:30 a.m. and were the last two people leaving the Houston airport international terminal on this NYE,” says Souleyman’s manager, Mina Tosti. “I wasn’t allowed with Omar in the special interview room, but the officer rang my phone, and I had to translate for Omar. The questions were heavy on his visits to Syria. The officer did state to me several times that it is he and he alone who has the power to grant or deny him entry despite the valid visa in his passport,” she says.

A visa application for a performer is a two-step process. The first step comes when a US employer provides extensive documentation to the government; this file should show, as attorney Matthew Covey puts it, “that the artist is culturally unique, possesses extraordinary ability, or has sustained international renown, and that the artist has bona fide contractual reason to be in the US.” The next step comes once this petition is approved. “The individual artists must file visa applications with their local US embassies,” Covey explains. They must also then attend an in-person interview with consular staff, go through extensive background checks, and further credibility checks.

However, even artists that have passed these steps could have numerous hurdles added to their application, including fees. In addition, a third barrier is border security, where the person with a valid visa could still be refused. According to Tosti, “No paperwork can help this situation. If you only think how much money and paperwork the US government has seen, read, and approved until you get to the Border Officer — it is enough to have your head spin!”

While Souleyman has an approval notice, Tosti unpacks what that really means. “That approval notice is issued by the USCIS, which is under the DHS, which is under the White House directly,” she explains. “Syrian Nationals in any way were and are never allowed multiple entry visas, so even with a one-year valid O1 approval, Omar would have to get a visa, which is acquired at the consular level in the country of his residence, in this instance Turkey, each time he wants to enter for his work in the US. Consulates and embassies, of course, are under the Department of State.”

Koosha explained a similar instance — how one of his tours was canceled before it had even begun. “I was about to travel to the USA last summer for the first time … Even though I spent a lot of money to start a petition in order gain entry, which was accepted, I still didn’t receive my visa on time,” he says. “So my first tour in the US was canceled due to ‘Administrative Processing’. All of my ambitions, contributions, and efforts were reduced to bureaucratic paperwork that left me feeling betrayed and burdened because of my ‘place of birth.’” 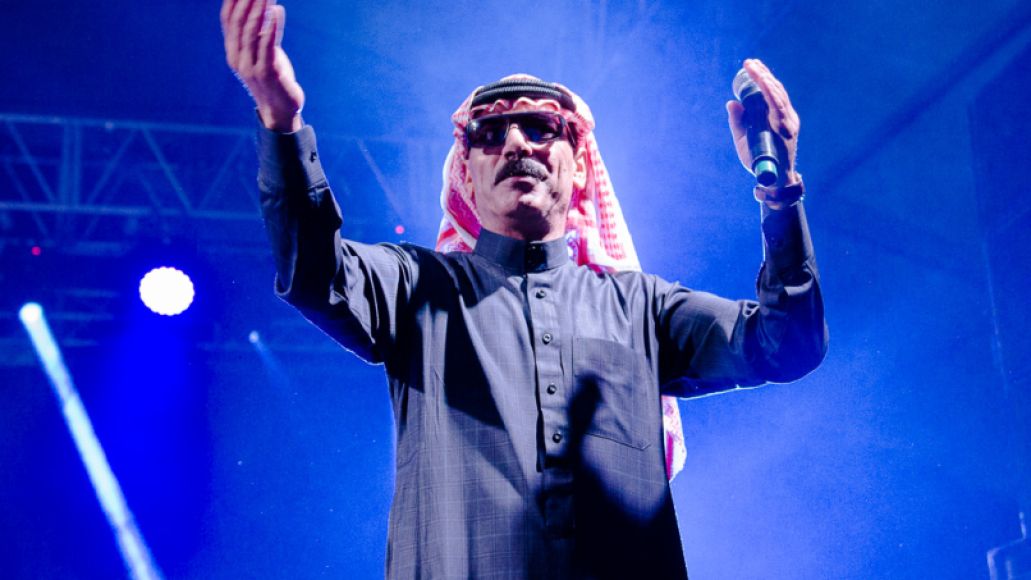 Having specialized in representing foreign artists “living, working, touring, or performing in the United States”, Covey and his firm, CoveyLaw, have plenty of experience in these situations and can outline the many ways in which even a “standard” visa application could go wrong. “At any point in the process, they could hit a wall,” he notes. The decision in the first step, which requires the CIS to determine artistic credibility, he adds, tends to have the most arbitrary denials. In the second step, more “predictable” factors come into play: “If you are German and have no criminal record, you’re probably going to get your visa. If you’re British and have a minor criminal record from some years ago, you probably will get the visa, but you might not. If you’re in a demographic that often illegally emigrates to the US, there’s a pretty good chance you’ll not get your visa, even if you have no criminal record,” Covey adds. “The biggest risk here is that many artists try to sneak in as tourists, and that can lead to a world of woe.”

While artists continue to struggle against these complex challenges, legal professionals (in the United States and elsewhere) are raising their voices and offering assistance. Covey, for one, immediately took to social media with offers of pro bono aide. Covey urged bookers and tour promoters to book artists from local communities affected by the ban, to “build bridges over these walls.”

However, Covey knows that, as a single firm, his ability to help is limited by volume and may not be effective within the next 90 days, but remains committed to fostering an international community of communication. “The performing arts have unique potential to communicate people’s experience, and this communication is the foundation of empathy, which is the spring that drives the engine of civil society,” Covey says. With all the raised voices and legal outcry, that engine should continue running one way or another and can’t be stopped by a pause, temporary or not.

The Day the Arthouse Stood Still: The Effect of the Disney-Fox Merger On Theatrical Exhibition

Female Fans Use Social Media to Expose The Orwells' Allegations

Baby Driver and the Terrifying Truths About Tinnitus

A Tale of Two Jackets: Inside the Music Merchandise Wars

Music Festivals and the Pursuit of Exclusivity