Nancy Mack, the wife of Red Hot Chili Peppers drummer Chad Smith, recently made headlines when she allegedly attacked actor Scott Baio at an elementary school function. Baio, an avid supporter of Donald Trump, told police that Mack berated and cursed him, grabbed him by the arms and shook him, and repeatedly screamed, “Grab ’em by the pussy.” Mack contends she was merely demonstrating how Trump hugs women, rather than intentionally assaulting Baio.

Last week, the district attorney of Ventura County decided against charging Mack, according to TMZ. Smith celebrated the news by taking to Twitter and tweeting what we were all thinking: “Hey Chachi… Eat a bag of dicks.” The tweet was quickly deleted, but really does deserve eternal preservation. Hence, the below screen capture: 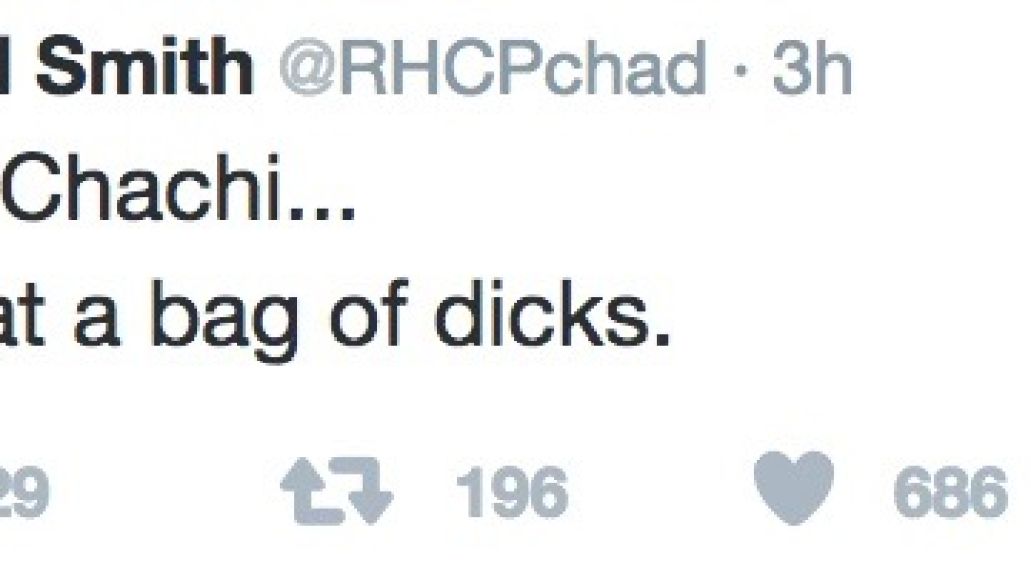