In the days surrounding Coachella’s two weekends, many of the acts on the lineup will play sideshows in venues throughout Los Angeles. Some have affectionately dubbed the week as “Localchella.”

Among the 60 scheduled shows are three headlined by Future Islands. On April 13th, Sam Herring and co. kick off the fun with a set at the Roxy. On the 19th, they’ll play a show at the Glass House alongside Car Seat Headrest, and on the 20th, they’ll hit the stage at Pappy & Harriet’s with Stranger Things’ SURVIVE providing support.

Empire of the Sun, Kaytranada, The Avalanches, DJ Shadow, Röyksopp, Guided By Voices, Local Natives, Moderat, and Bonobo are among the other Coachella acts scheduled to perform sideshows. Additionally, Young Turks Records will stage a special concert featuring many of its own artists and associates. Set for April 13th at the Palm Springs Air Museum, the lineup promises Jamie xx, Sampha, Four Tet, and Francis and the Lights, among others. 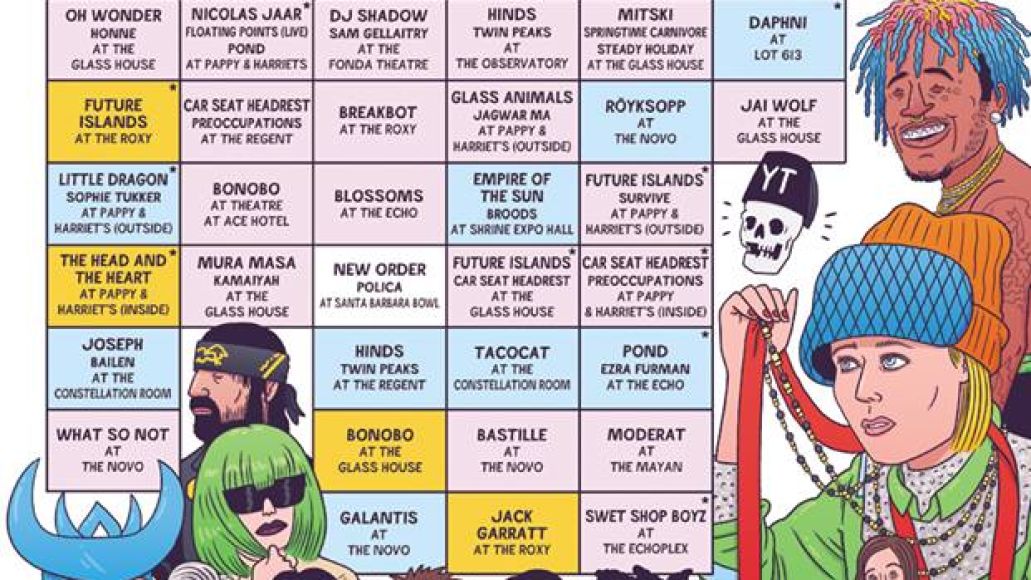