After calling Los Angeles home for some time, Kirsten Arian packed up her things and headed east to Nashville to further pursue her songwriting career. The cross-country move was well-worth it: It wasn’t long before the budding 18-year-old musician was logging time at the famed Blackbird Studio behind her debut album, Higher Than Heaven, and garnering the respect and attention of Music City’s locals.

Arian’s story of chasing a dream, despite distance or age, is an inspiring one. It’s no surprise then, that Arian, now 23, has been called to lend some of her ambitiousness and drive to an anthem for The LEGO Batman Movie character Batgirl. “They [the movie’s music people] were looking for a song that was empowering, strong and about bringing people together,” Arian recalled in a press release.

And the Nashville local turned in just that — a bouncy and synth-streaked number aptly called “Invincible”. The whole thing was written in just three hours with the assist from Australia songwriter Lindsay Rimes, who also served as producer. “I’m gonna bring it on/ You better listen,” Arian can be heard declaring, as though ready to take flight. “I’m gonna get it done/ This is my mission.”

In a statement to Consequence of Sound, she offered more thoughts on the song and her involvement in the soundtrack:

“I am still pinching myself wondering if all of this is real! When I got the request for ’Invincible’ and read what they wanted the song to say, I was laughing because it felt like I was created to write this song. I can’t believe it’s actually in The LEGO Batman Movie! To be on the same soundtrack with such incredible artists is unreal! I hope people of all ages have fun dancing to it and singing it, and I hope it sparks some sort of inspiration and self-confidence in them so they know they have the power to do anything but that will only happen if we all work together!”

Stream “Invincible” down below.

The LEGO Batman Movie soundtrack is due out tomorrow, February 3rd, via WaterTower Music; purchase it on iTunes here or on vinyl here. The film, which features voice contributions from Will Arnett, Zach Galifianakis, Michael Cera, and Rosario Dawson, hits US theaters on February 10th. 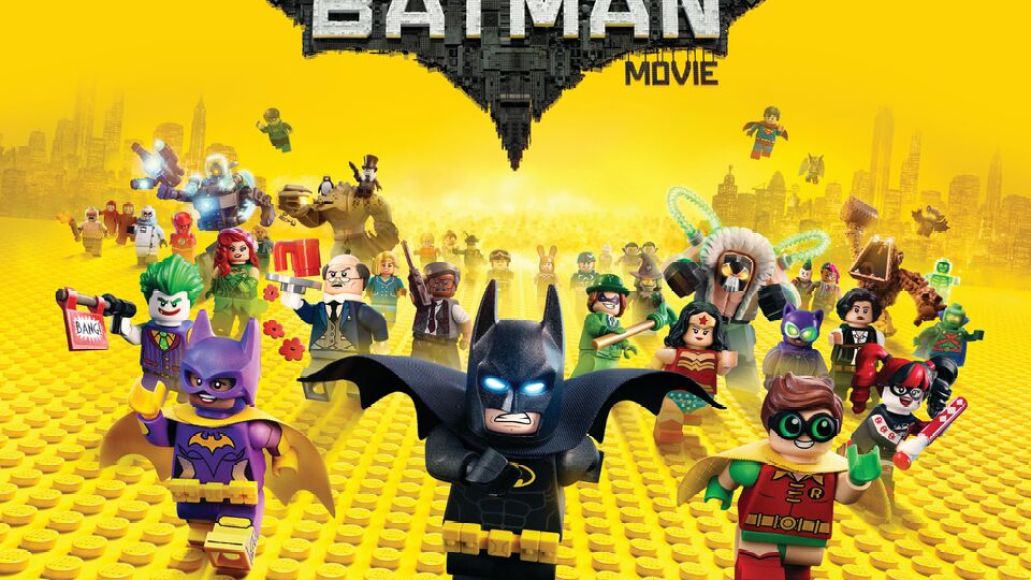 Watch the trailer for  below: