Here’s a question: Is Drew Barrymore America’s best worst actress? It’s undoubtedly a delight whenever she’s onscreen; she’s cute and confident with an infectious effervescence, an actress that exudes playful, relatable innocence. She’s also wholly unbelievable, with anything beyond quirk or wistfulness collapsing the moment it ambles into a performance. Sure, there’s some exceptions: She’s wonderful as the ill-fated Casey Becker in Scream, if only because her innate daffiness lends itself to the slowly creeping horror. And, being the big, pink valentine it was, The Wedding Singer perfectly packaged her as the ideal pursuit for any hopeless romantic.

But she’s a rather passive actress, lacking in range or any identifiable passion. Even as a lead, she tends to succumb to action rather than instigate it. Maybe we can blame it on the material; Barrymore’s acting resume finds her repeatedly slumming in latter-day Sandler comedies, while her work as a producer (Donnie Darko, Whip It) shows an eye for talent, but not strong material. Her work on Netflix’s new series Santa Clarita Diet (on which she’s also an executive producer) is curious because while it is certainly a reinforcement of these trends, it’s also the perfect vessel for both highlighting and subverting her particular strengths.

Created by TV veteran Victor Fresco (Better Off Ted), Santa Clarita Diet follows Sheila (Barrymore) and Joel (Timothy Olyphant), married realtors suffering from your standard case of suburban ennui. After a freak, out-of-nowhere vomiting spree, Sheila develops an insatiable hunger for raw meat in addition to a shift in her personality: Though previously buttoned-up, she is now almost entirely id-driven. Also, that taste for raw meat soon turns into a ravenous desire for human flesh. By the fourth episode (the last one we’ve seen), the reasons for Sheila’s transformation are still unknown, but it seems to have its roots in something both foreign and ancient.

This last revelation, that whatever’s happening to Sheila has deep, supernatural roots and grander implications, helps give the show a greater sense of purpose after its initial three episodes. In its early going, Santa Clarita Diet can’t seem to justify its high-concept premise, with episodes centering around domestic quirk and the logistics of how to satisfy Sheila’s hunger. Clever ideas abound as the duo try to do so without having to kill anyone, but the writers consistently undercut its narrative momentum by focusing entirely too much on its metaphors. 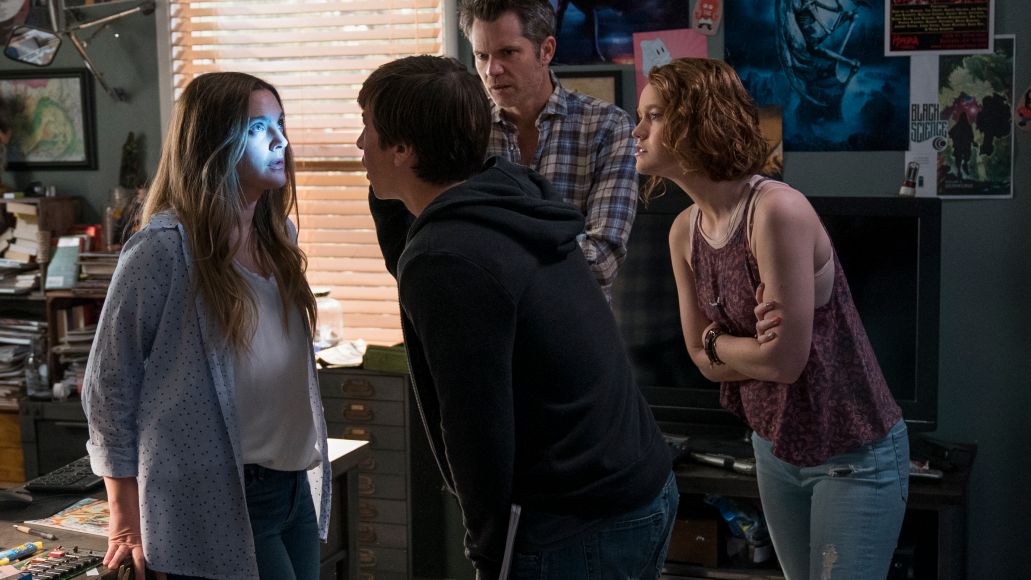 Themes of identity and the evolution of marriage are shoehorned into unwieldy reams of dialogue already undone by their lack of resonant jokes. Nearly everything about the first two episodes — the story, the characters, the jokes, the cinematography — feels rushed and haphazard. The only thing that works is the gore, which Zombieland director Ruben Fleischer executes to delicious, delightful effect. By episode four, however, the other elements also begin coming into their own: The plot is picking up steam, the structure is becoming clear, and the jokes are, for the most part, actually landing (as their bougie neighbor, Lisa, It’s Always Sunny’s Mary Elizabeth Ellis, gets the best ones).

What’s still rough, unfortunately, is Timothy Olyphant’s Joel. Olyphant’s rarely flexed his comedic muscles, having come into his own as glowering Sheriff Bullock on Deadwood and the, well, also glowering Raylan Givens on Justified. Joel’s a wacky character, all bug-eyed gesticulation, and Olyphant never quite seems comfortable embodying all that nervous energy. He’s clearly overreaching here, uttering every line with a dollop of sitcom schmaltz. Fresca himself even expressed surprise at Olyphant’s casting. In an interview with Decider, he said he had “mostly been thinking of comedic names like Steve Carell,” and damn, Carell would’ve been great. Obviously, Olyphant has plenty of time to find the right balance, but as of now he is undoubtedly the show’s weakest link. 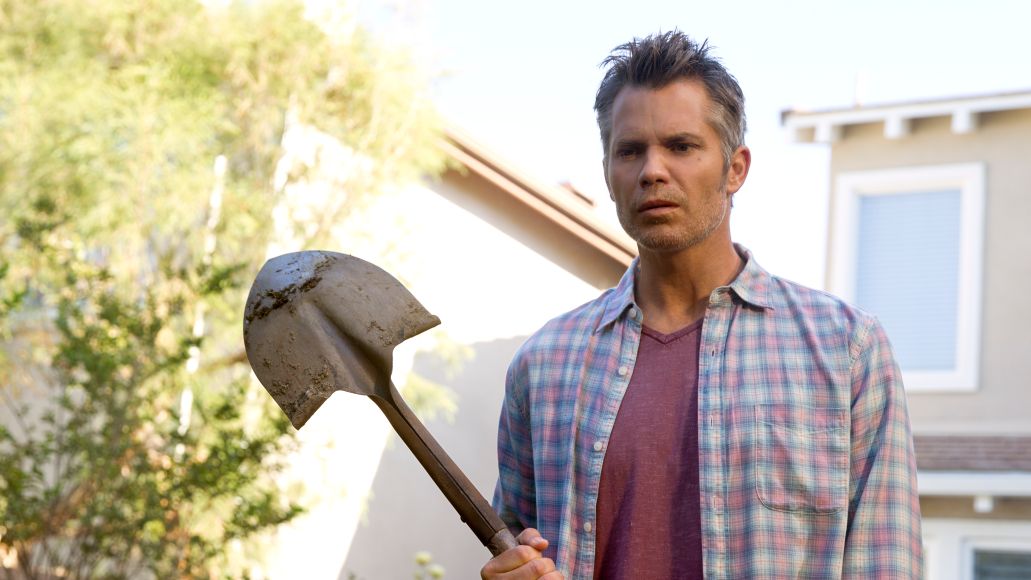 Barrymore, on the other hand, has found in Sheila a chance to hilariously and shockingly pervert the starry-eyed sweetheart she’s been relegated to for so long. On the surface, the character has all the hallmarks of a latter-day Barrymore character — kind, daffy, maternal — making her transition into a brazen, horny, flesh-eater that much more striking. She still can’t wrap her mouth around some of the dud jokes she’s given, but Barrymore’s appeal is less derived from her delivery than it is her general energy, which here is given a reverberating jolt the moment a craving hits her. Regardless of how the series performs, this feels like a bold step forward for her.

Santa Clarita Diet, however, doesn’t feel like a bold step forward; these early episodes feel too amateurish for that. Still, it knows what it is: a sunny, upbeat sitcom punctuated by dirty zingers and buckets of guts, a formula that’s fresh even when the show falls back on standard sitcom tropes. Whether it blossoms into a ravenous, upright agent of the undead or curdles away into a pool of blood and melted flesh remains to be seen, but Barrymore’s performance will remain a curious one to watch.

This preview is based on the first four episodes of the series.

Santa Clarita Diet Is a Bloody Mess, and Drew Barrymore Is Slurping It Right Up