The people of Michigan may have quite the Sophie’s Choice when it comes to choosing their next senator. Earlier this week brought word that Robert Ritchie, a.k.a. Kid Rock, was being courted to run in the state’s 2018 election. Now, another fringe rick-wing rocker, Ted Nugent, has let it be known that he too is considering a potential campaign.

In an interview with The Daily Caller this week, Nugent said that while “we dodged the toxic blue bullet on November 8 and showed that the real Michigan is bright red, the embarrassing high-crime blue smudges in the state must be fixed and removed ASAP.”

In a subsequent tweet, Nugent reaffirmed his potential candidacy, writing, “If these GOP sonsabitches don’t get it right this time I will come charging as the ultimate WE THE PISSED OFF PEOPLE Mr. Fixit Constitutional firebreathing shitkicker candidate from hell!” 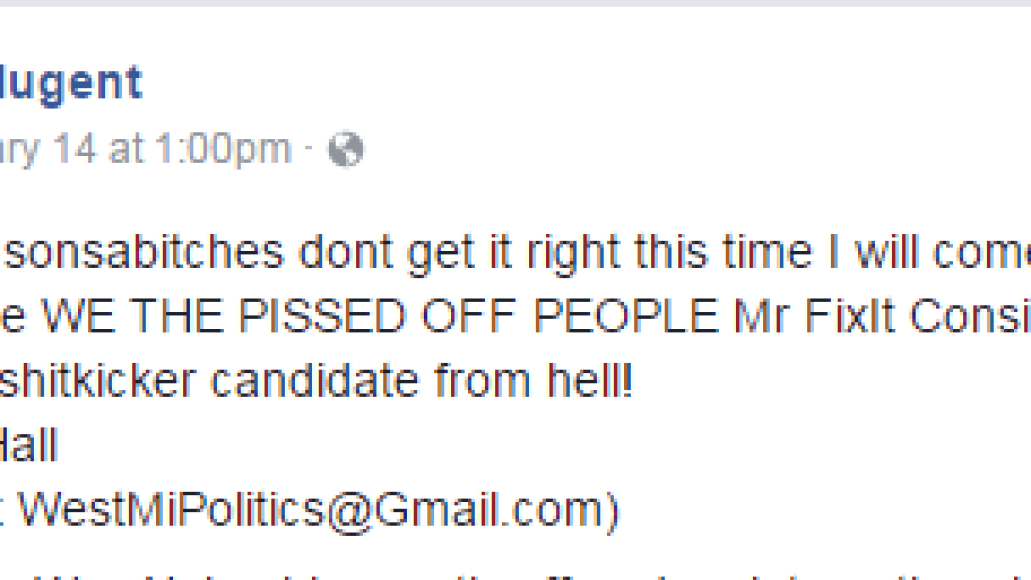 Then again, there’s a very real possibility humanity won’t even make it to see 2018.