First impressions are everything, and for the inaugural When We Were Young Festival, nostalgia seems to be the name of the game. The lineup boasts a host of 90’s- and early aughts-era punk and emo bands — AFI, Descendents, Taking Back Sunday, Alkaline Trio, The Get Up Kids, Pinback, and Saves the Day — all leading up to a headlining appearance from Mr. Sad Pants himself, Morrissey.

Rounding out the bill are several contemporary acts who take quite a bit of the influence from the aforementioned. Among them: FIDLAR, Foxygen, Joyce Manor, Beach Fossils, together PANGEA, and Sunflower Bean. Then there’s Cage the Elephant and Silversun Pickups to help sell tickets. And in what is the festival’s strangest booking, Phil Elverium is confirmed to play as Mount Eerie.

When We Were Young goes down April 8th – 9th at the Santa Ana Observatory in Santa Ana, California. See the very cool lineup poster below, and grab tickets beginning February 10th. 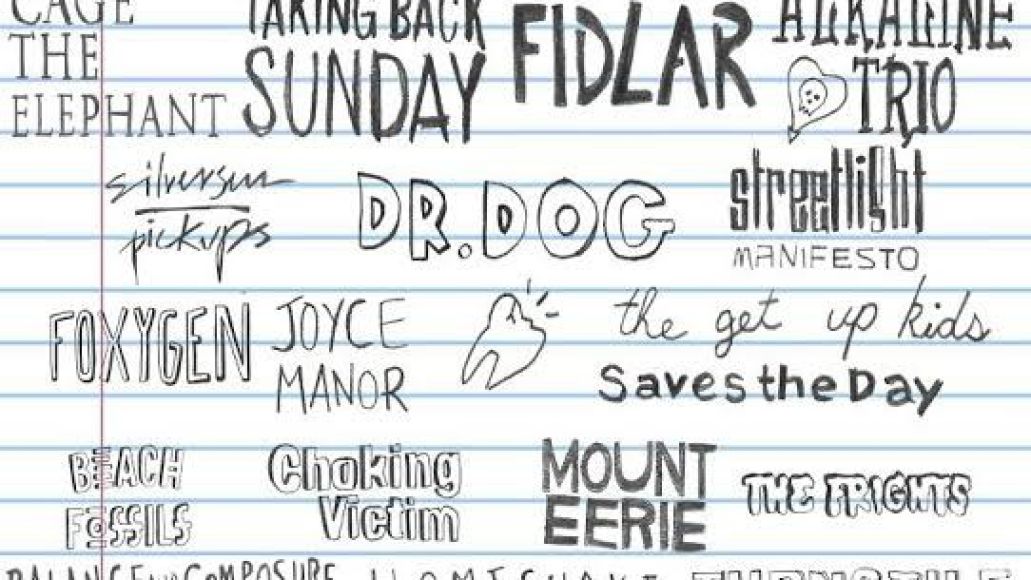